Oh, these? These are just my Rockstar jeans from Old Navy. I got them for, you know, reviewing stuff like Nancy Drew. Oh, they mentioned these jeans on Nancy Drew? Wow, that’s crazy.

The world’s most obvious ad aside, let’s talk about the rest of the episode. With the Thanksgiving break last week, I’d completely forgotten about the two cliffhanger aspects of the last episode. So let’s deal with them separately. First, since it hangs over everything, including the spiritual aspects of the episode, there’s Nancy’s question. 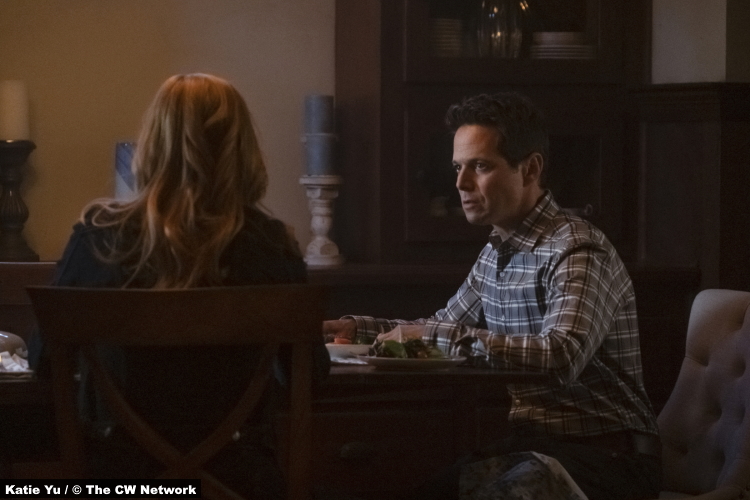 As you may or may not recall, Nancy sat down to family dinner by asking her dad if he killed Lucy. As you might expect, Carson loses his appetite pretty quickly after that. The short answer, as we learn later, is no, he did not kill Lucy. He didn’t even arrive at the cliff until after she’d apparently gone over. But he did muddy up things, because he was scared of what would happen if he didn’t. And yes, he did take a large payment from the Hudsons, but that was for other (presumably legitimate) services rendered. But if working for that family doesn’t sit well with him now, it never has. The Drews took that money and used it to run off to Europe for a year, as one does. 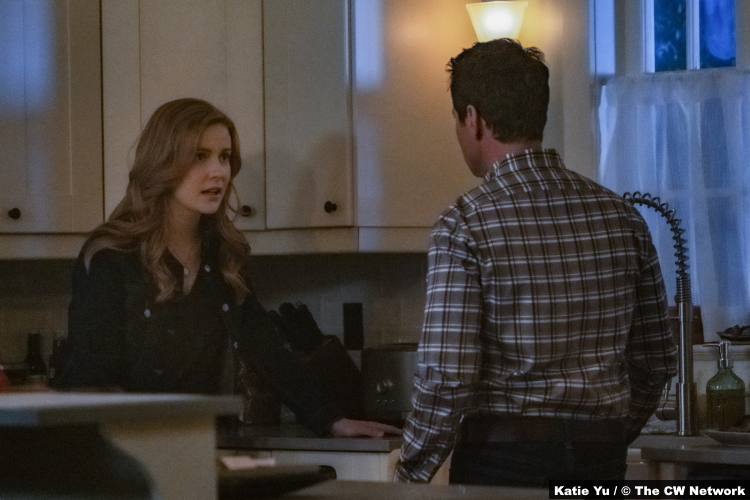 By the way, they don’t get to finish this discussion because George shows up to tell them about Ace’s accident. He and Laura are both alive, but they’re in critical condition. Nancy, unsurprisingly, goes into super-sleuth mode. After Bess unlocks Ace’s phone, they find a voice memo from the minutes before the crash. It sounds as if the crash was no accident, because Laura can’t control the speed. Later, they’ll find that someone’s messed with the car’s internal memory, wiping out records of standard maintenance (as Nick the mechanic points out) along with evidence of their dirty deeds.

Nancy first suspects Lisbeth, who is a driver, after all. And there’s just something about her that doesn’t sit right. You don’t buy her story. Well, that’s because she’s not really a driver. I mean, she is, but she’s really an undercover cop for the staties. At least, that’s what she says. She could be lying about that, too. (That punch she gives Nancy later in the episode, so she can keep her job with the Hudsons, though? That felt believable. That hurt my feelings.) 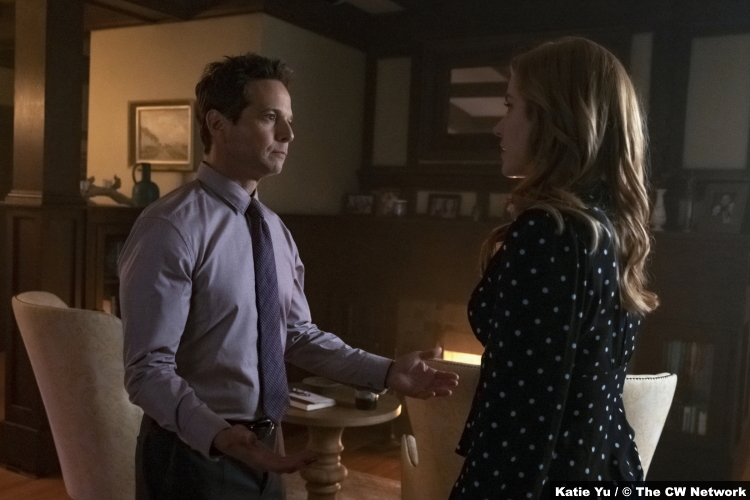 Chief McGinnis, who, as it turns out, is very attuned to the spiritual realm in Horseshoe Bay, realizes that Ace’s soul has gone a-wandering. It’s going to require some work to get him back. The ceremony that McGinnis conducts is purposely vague and I appreciate that. Native traditions and beliefs are sacred to tribes and not shared even with other natives, so I’m choosing to accept that as the reason the ceremony doesn’t use specific beliefs.

And it’s not the reason the ritual doesn’t work. As it happens, the Drews’ toxic energy is clogging it up. Until they get their problems ironed out, then nothing can flow. So they come to an understanding, if not an agreement. 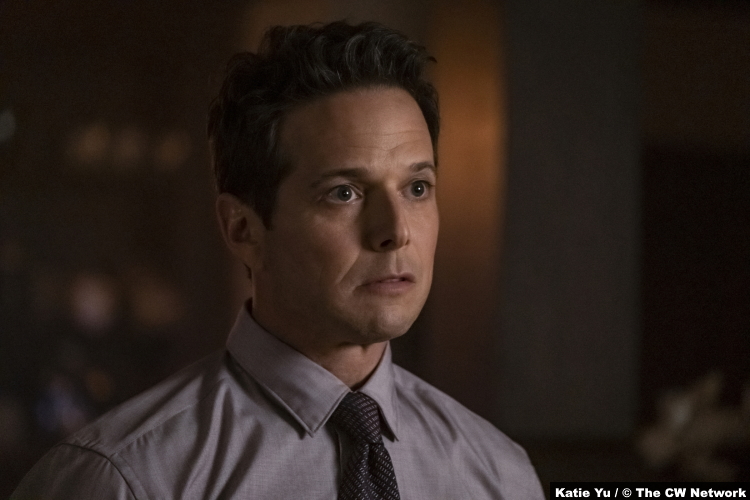 And although they don’t exactly settle everything, Carson makes a lot of good points about Nancy. I’ve referred to her in the past as a brat, but he’s more on the money when he talks about how suspicious she is. She’s so guarded, expecting everyone to be up to something, that she’s going to push everyone away.  No matter what he’s done–and I don’t think at this point that he killed Lucy–I believe that Carson wants the best for his daughter. His stubborn, stubborn daughter.

Finally, though, we can get to the ritual-ing, and George is the one who crosses over to the spirit realm. She is able to reunite Ace with his soul, although he’s still in bad shape. And thanks to a clue as well-placed as a pair of Old Navy Rockstar skinny jeans, Nancy is able to ID the crooked cop Lisbeth was looking for. All in all, it seems like a bittersweet win for the Drew Crew. And then Teddy goes missing. Her dragon toy went haywire just before, so…which ghost is that?

7/10 – While this wasn’t a bad episode, it wasn’t one of my favorites so far. Despite the really good scenes between Carson and Nancy, I think a lot of it just didn’t work.