In retrospect, maybe it wasn’t so clever for Nancy to get those coins last week. Not only are they haunted, but they also somehow cause problems beyond that. Yes, beyond the fact that they’re drawing in spectral horrors.

But hey, it’s kind of hard to look past that part. Especially when Nancy and Nick are doing some research at the Ledger, the local paper, and they accidentally spill the box of coins. Spirits start slithering out of the woodwork, basically. 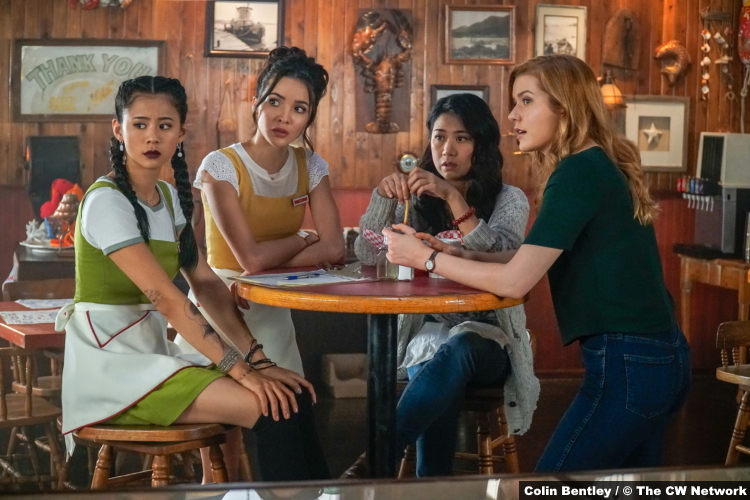 Victoria (Liza Lapira), George’s mom, had told them about the spirits earlier, as she was the only one sensing them then. But it’s hard to ignore when they’re crawling out of the bookshelves and it’s a genuinely creepy moment. They’re at the newspaper, by the way, because they’re looking for Sea Queen info in the archives. Since Ryan’s mom, Celia (Teryl Rothery), was out of town when Lucy died, she couldn’t have killed her. Yes, she could have hired someone, but strange that it happened so soon after the pageant.

So Nancy goes poking out around, even speaking to the runner-up. She comes up with dead ends, possibly because she’s ignoring the biggest suspect elephant in the room. As Nick finds out, someone received a tidy 5-figure sum right after Lucy died. That someone, paid by a Hudson shell corporation, was Carson Drew. Obviously Nancy doesn’t want to believe her dad is a murderer, so she keeps plowing on. She does, after all, have so many other distractions. 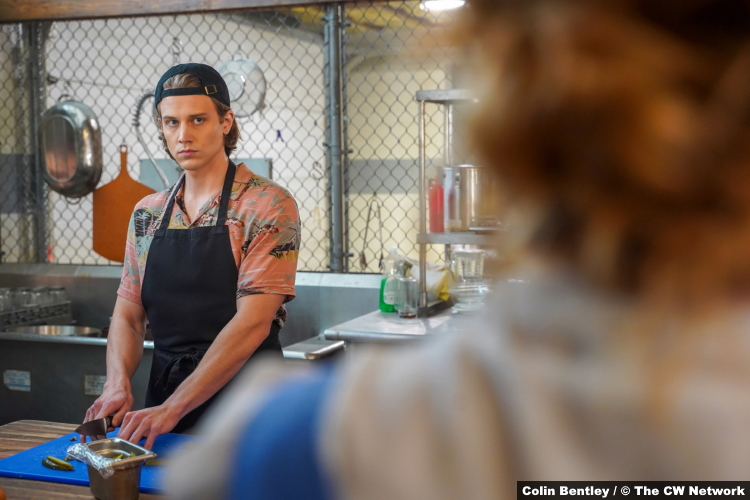 There’s the fact that her pathologist friend tells her that he has determined Tiffany’s cause of death: a rare poison. There’s also the fact that Chief McGinnis suggests they work together right after this, during a conversation in which he also alludes to poisoning. This, and a number of other little details, is enough for Nancy to figure out that Ace is funneling info to McGinnis. He comes clean, and his story seems believable. Well, I believe him and I think Nancy does, too.

The most disturbing part of the pathologist conversation, though, is his report that all the Lucy evidence is missing. The whole box just went poof. That’s not only a speed bump for the case, but it’s also a giant pain in the ass. They’d been planning on using one of Lucy’s possessions, like that Sea Queen crown, in a seance. Apparently, they can use the power of the coins, plus the thin veil between worlds–just go with it–to conjure up the dead girl. Anyway, the weirdness of it all going missing is put on pause for a bit, as Nick locates another possession. Coincidentally, his boss is Lucy’s half-brother, and has the charm she gave him the night she disappeared. 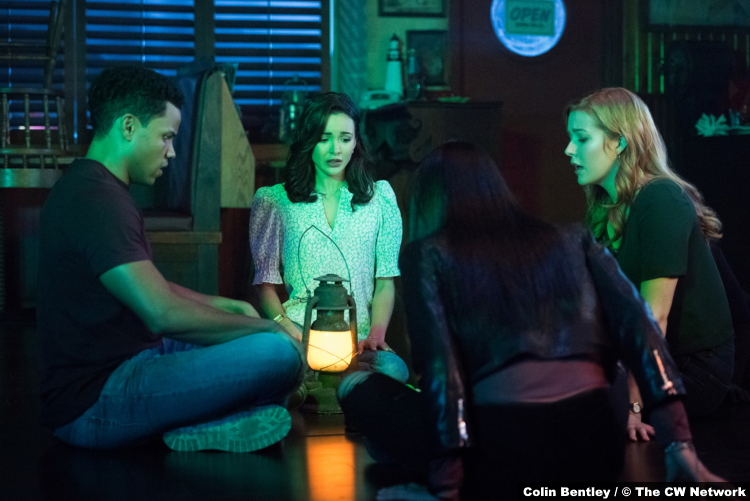 So they have the seance, and by all rights, it should be silly. They’re using a light-up dragon toy that belongs to George’s little sister Ted (Ariah Lee) to communicate. But somehow, despite the absurd trappings, it’s effective and even a little scary. They learn that Lucy did see who killed Tiffany, they weren’t killed by the same person, and Lucy has been reaching out to Nancy because of that bloody dress. But then it all becomes a bit too powerful and the Roman coins are destroyed in the process. And you can tell by the look on Nick’s face that a little bit of him is, too.

He ends up breaking up with Nancy, because she’s so guarded, to the point that she won’t even share what the whole attic thing was about. That’s not the only relationship that struggles this week, though, as Ace tells Nancy that Laura had a motive to kill Tiffany. I don’t think Laura knows about that, but it is peculiar that she and Ace get in a wreck after that, one that seems to have seriously injured Ace.

And then there’s Nancy’s relationship with her father. While Nick’s feelings are understandable and totally valid, it’s also understandable that Nancy would find it hard to share this one thing with him. It’s hard for her to admit it even to herself. She just assumes that she’ll do like the rest of Horseshoe Bay and sleepwalk through the delusion. Then she finds out that her dad has had access to her texts all along, and was in the vicinity of the office when the Lucy evidence box went missing. She could sleepwalk a little longer, but she decides not to, fixing her father with an unblinking stare and finally asking him if he killed Lucy Sable. It’s a cliffhanger!

8/10 – Despite the jumble of the first half, the second half of this episode tied all these wild threads together in a way that seemed right and fitting. Until the cliffhanger, that is. But it was a good and scary episode, especially with that reveal that Ted was talking to whatever spirit in the dragon face now. And speaking of the Fans, I really liked that George was able to show her mom a little compassion, after Bess pointed out how hard it must be to see spirits.