After Tiffany Hudson’s death in the pilot, I think we’ve all made a major assumption. She was murdered, duh. So what a surprise it is this week when the autopsy reveals she died of natural causes. Okay, let’s talk this out. 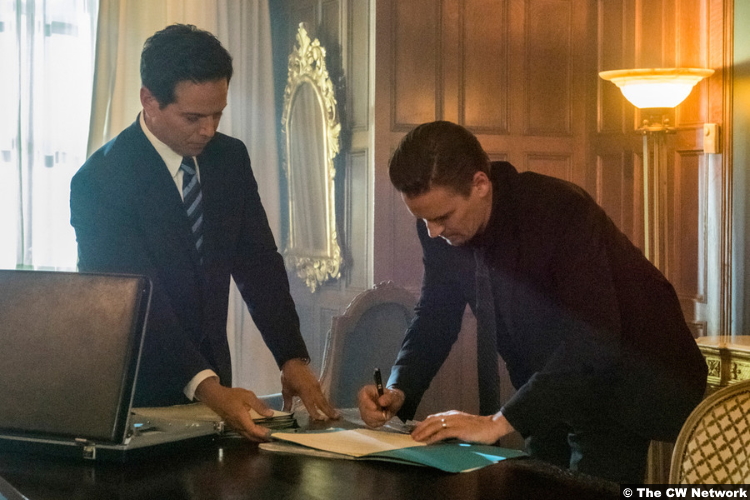 As you might recall (and as you heard a couple of times in this episode), Tiffany made a panicked call to 911 just before she died. Now as she didn’t say anything incriminating on the line–no “Lord, help, they’re killing me!”–we can’t decide from that call what exactly was troubling her.

But it sure feels suspicious, doesn’t it? Especially when you consider how desperate Ryan is for money. With a clean and settled death investigation, the pathway to his late wife’s fortune is cleared. At episode’s end, we still won’t know for sure if Tiffany’s death was natural, but signs point to no. For one thing, her spirit sure seems restless.

That’s what prompts the title of the episode, after all. Bess found and pocketed Tiffany’s ring the night of her murder. Now, something is after Bess. George’s mom, who fancies herself a clairvoyant, tells the girls (Nancy, George, and Bess) that they can help Tiffany rest by returning her ring. They take care of that at Tiffany’s viewing, but I’m not sure it worked. More on that in a bit. 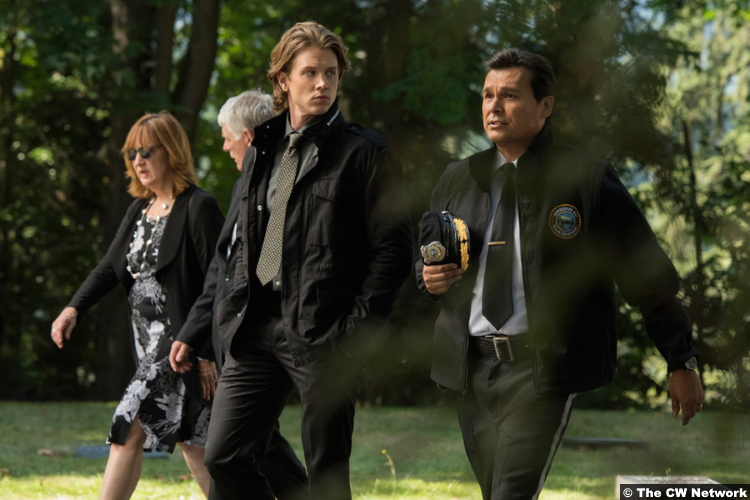 But first, we get a little more insight into who Ace is working for–it’s Chief McGinnis. It’s unclear if Ace is a proper confidential informant, though, or if the chief is just holding something over his head. Whatever it is, McGinnis has Ace tail Tiffany’s sister Laura (Stevie Lynn Jones), with whom he’s had some kind of previous relationship. Laura doesn’t believe that Tiffany died of natural causes. As such, she’s determined to make as big a fuss as necessary until the truth comes out. It’s a wonder she’s not BFFs with Nancy.

Nancy has her hands full with friendship this week, though. On that note, she ferrets out Bess’s secret the old-fashioned way, by just searching her work locker. Inside, she finds a British passport for Bess, but the name says “Bess Tarani.” In what comes as the episode’s biggest not-shock, Bess doesn’t actually know the Marvins. She was always told she was related to them, though, so she came to find out. And she would do that, if she weren’t so terrified of actually knowing. 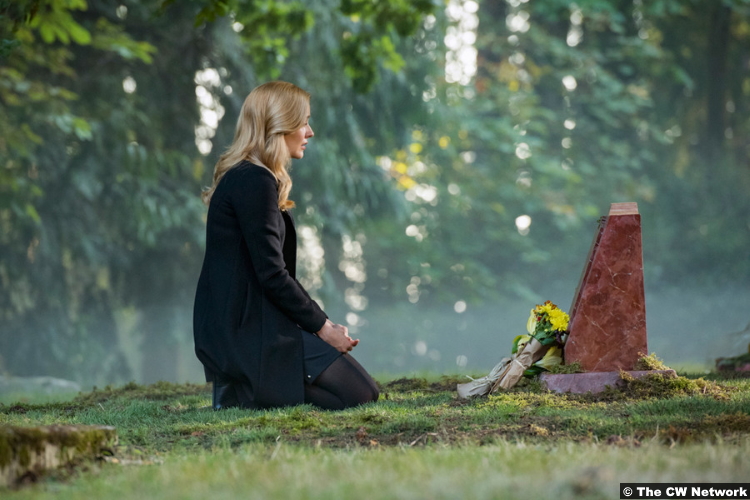 As for Nancy herself, she’s clearly struggling with her mother’s death, as much as her father is. They finally have an honest conversation at Katherine Drew’s grave, where Nancy is able to tell her dad how much it hurt to be excluded from her mother’s last moments. Her mom didn’t want Nancy to remember her like that, but Nancy wanted to say goodbye. It’s an achingly moving scene and I’m not choking up just remembering it–you are.

Carson Drew clearly has some secrets, but there’s a sense that he’s trying to be a better man. And hey, it’s not like he’s the only one with secrets in this town. After a series of poltergeist-type messages from Tiffany, Nancy realizes that she’s being steered toward her high school. (In an Easter egg, it’s called Keene, after the pseudonym used for the authors of the Nancy Drew books.) She finds a picture there of Karen and the poor dead Lucy Sable. They look very chummy, in contrast with what Karen said earlier, that she barely knew Lucy. Curious and curiouser.

But then the most curious thing happens. Some kind of spirit-y smoke has been shadowing George since the funeral. (She too had an excellent graveside scene this week, by the way, as she apologized to Tiffany.) As the episode draws to an end, the spirit seems to possess her, as George falls to the ground and begins speaking with Tiffany’s voice. Is this a temporary situation or is it going to stick around? Luckily, George has friends now who can help her. But Nancy was right–she is surrounded by a lot of dead women. I just hope George doesn’t join the crowd.

9/10 – Although this wasn’t an action-packed episode (outside of the scares), it was filled with genuinely touching scenes. The characters are becoming more fleshed-out and giving us more reasons to care about what happens to them. I like it!