Riverdale S04E06 Review: Hereditary – I don’t know what the show is trying to do!

At this point, I don’t really know what the show is trying to do. Last week, they threw a bunch of been-there, done-that plotlines at us. So why not try it two weeks in a row and see if we don’t notice?

To that end, I’ve often been frustrated by the repetitive Lodge storylines. Veronica tries to get one over on her dad and then he foils her–lather, rinse, repeat. Even after being bested by him once again and finding out he has a secret daughter, I can still tell. Veronica is just biding her time until she can enact her latest plan. 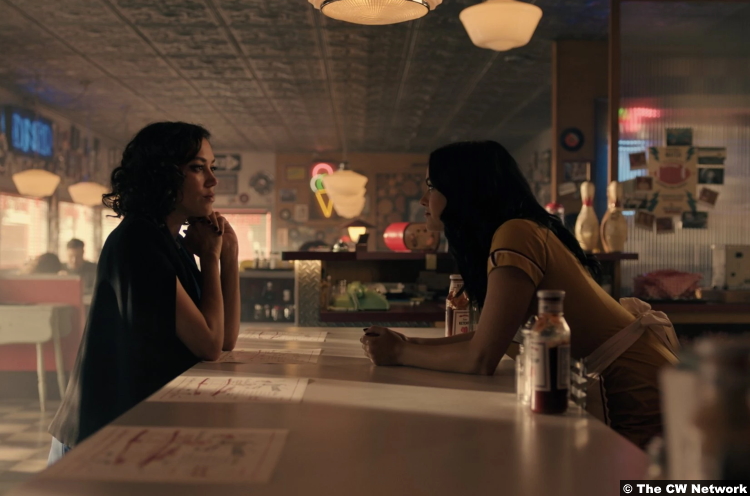 This time, Hiram has decided he’s going to get back into the rum business. Great–let ’em. I wish Veronica could just ignore his machinations and Hermosa’s naked attempts to get under her skin, but I’m not sure which Veronica I’m talking about. Am I talking about the teenager Veronica, who can be a brat sometimes? Or am I talking about Veronica Lodge, the person running her own businesses?

I guess I’m talking about both of them, because it’s the same person. I think it’s maybe healthiest at this point for Veronica to skip her parents’ vow renewal, but I am not a licensed therapist. And that is what this family needs, way more than like, crime or whatever. Maybe try hobbies? 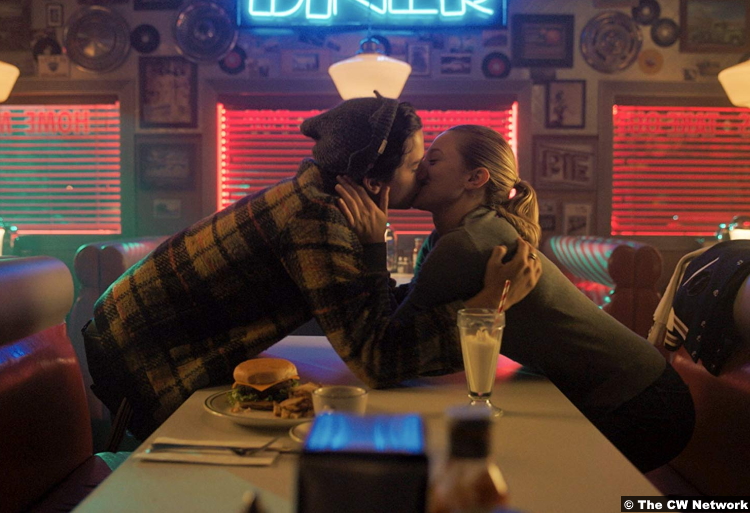 Or maybe just spend some more time with their friends. Jughead is going to be maybe dead by spring, so, you know, gather ye rosebuds and whatnot. Then again, he and Betty do have their own concerns at present. Betty is still trying to figure out what’s going on with Charles, who is definitely Up to Something. To that end, she goes to visit Chic, who’s in lockup. He spins a yarn about Charles going crazy on jingle-jangle–sure–and killing some guy in their room at that terrible hostel.

For his part, Charles says he came home and found the dead body in their room, at which point he ended his relationship with Chic. But of course, it’s all apparently a lie, because Charles and Chic are still very much a couple. I say “apparently,” because who knows with this show? It could turn out that he’s telling the truth to the Coopers and conning Chic. Or maybe he’s not really Charles at all. We’ll find out in some bonkers turn, I’m sure.

And speaking of bonkers, let’s visit Chez Blossom. Some of the other Blossoms, Aunt Cricket and Uncle Bedford, visit Cheryl. They want to sell Blossom Maple, since it’s not really making money, and they can all make a tidy sum from getting rid of it. Cheryl is fine with this–she and Toni can start a new life–but becomes unhinged when her relatives request to visit the family chapel.

That is, of course, the same chapel where Jason’s body is currently sat, along with that infernal doll. (On that note, there were at least a couple of promo photos for this episode that featured Julian and I’m terrified every time I visit our media library. It’s like this commercial.) 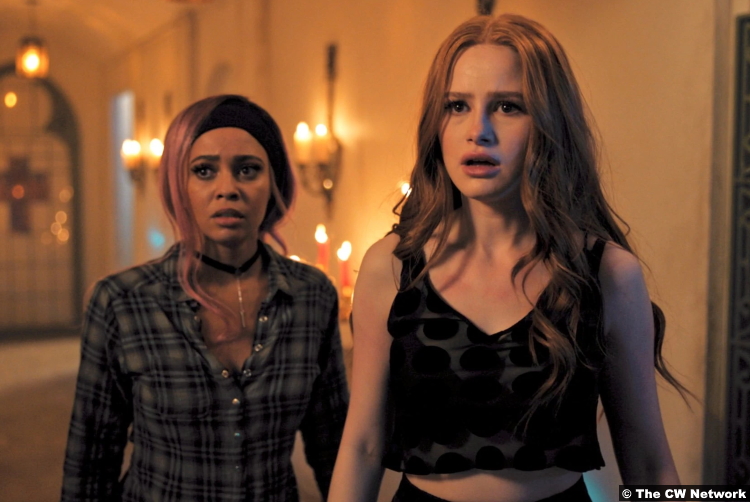 Her reaction is obviously unusual, enough to prompt Uncle Bedford to sneak back in and see the chapel. When he sees the horrifying tableau, he threatens Cheryl and even gets physical, so Toni knocks him out. Or did she kill him? I don’t know–the chapel might be getting crowded with bodies now. But the end result is that Aunt Cricket notices he’s missing.

Meanwhile, Jughead has his own mystery to solve. As he’s trying to write a Baxter Bros story, to become the new ghostwriter, he notices a difference between the first book and the ones that immediately followed. The tone is different, as if the writer changed right after the debut. Supposedly, though, Stonewall alum Francis DuPont (Malcolm Stewart) wrote all the first books.

But Jughead finds enough evidence to suggest that his own grandfather, Forsythe the first, actually wrote that first book. When he tells Mr. Chipping about it, the teacher is shaken. It still doesn’t explain his delayed reaction, though–jumping to his death in front of Jughead’s literary group. And nothing explains the reaction of the rest of the group. They have no reaction. This school is weird. Anyway, Mr. DuPont will now be the new head of the group. And as Jughead has just accused him of fraud and theft, this is going to be a little awkward.

7/10 – More of the Jughead stuff and less of the stuff we’ve already seen. I’m including in that Archie becoming a vigilante (again) and getting in too deep with Hiram (again). But back to the Jughead stuff, what’s going on there? So DuPont didn’t write the first book–so what? If you found out that the author of the original Hardy Boys wasn’t actually the guy, would it matter that much? I mean, it would matter, yes, but hurl-yourself-out-the-window matter? I don’t think so. So what’s the deal? Does it have anything to do with Forsythe “abandoning” his family?

And did Veronica ever change her surname or no?