As much as Legion likes to subvert traditional rules of narrative it, like all stories at some point, has to take the time to layout the ending. Table-setting episodes are part of the DNA of TV storytelling, but it takes the very best shows to make them feel on par with episodes where, well, the big thing actually happens. Breaking Bad was great at this, so was The Americans, mainly because if the plot was busy setting itself up the characters would take over the heavy lifting. Take Fly, perhaps the most famous episode of Breaking Bad that doesn’t include a major death. Fly is 40 minutes of character, digging into both Jesse and Walter in ways that will pay off handsomely down the road.

As much as Legion excels in so many ways, the table-setting episode is not one of them. To be fair, it was the same last season, where we spent what felt like forever in the desert looking for the Shadow King’s body. While those episodes did dig into David and Syd’s relationship: giving them what was to be their last night in love, it felt like the story had ground to a halt. Granted, this only lasted the one episode, the one with the split-screen montage of people walking that took what felt like forever, before Legion dusted itself off for the final two episodes. Chapter 26 is this episode for season three, a muddled mess in which everyone is being moved into position for the finale that will hopefully end the show in a manner opposite of say, Game of Thrones.

After the sweet diversion of Syd’s second life, we finally get to see where exactly David and Switch are going. As predicted, and since warning his mother didn’t work, David tries to make contact with his father, Charles Xavier, before Charles banishes the Night King from his body and, unknowingly, into baby David’s. Before all that, we get to see the Shadow King, and his kingdom, through Charles’ eyes. I have to give Harry Lloyd a lot of credit as he sells the hell out of playing an awkward and inexperienced version of the future Professor X. His excitement from finding another mutant like him is constantly being punctured by little slips of the façade that Farouk has built. Farouk is typically delighted to meet someone like him, possibly safe in the knowledge that, at this point, Charles still feels like a beginner with his powers. Still, it’s all a touch unsettling. 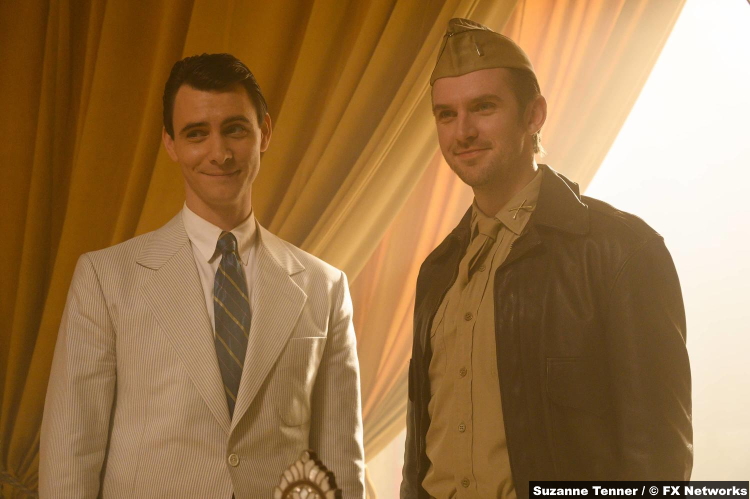 It takes David to make Charles see fully what kind of monster Farouk is, and it’s even worse than I thought. David’s illness has manifested itself in a number of different ways, but the first way was of him sitting in the middle of a large room with a huge crowd of screaming people. Well, that’s how the Shadow King gained his kingdom: he imprisoned people (their lifeforce, astral body, soul, take your pick) and put them in the minds of children. That’s bloody horrific, even for him. 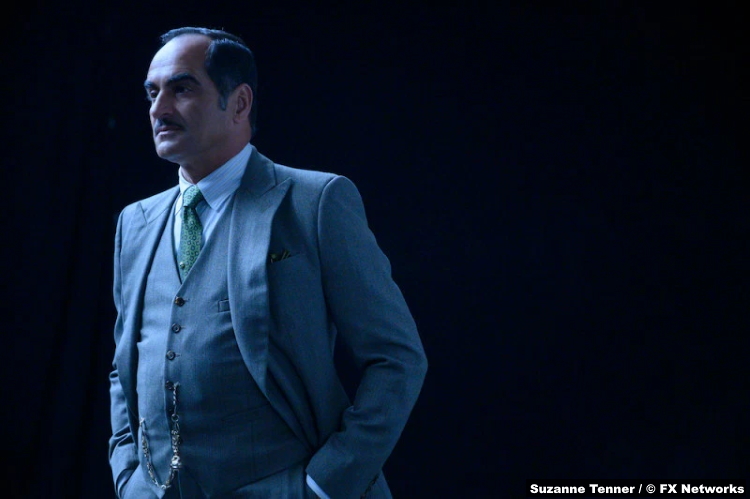 The real question is, is David any better? Charles is in the middle of a fight between two god-like beings, a fight that he isn’t yet responsible for. The really interesting aspect of this is the parental point of view. Charles is seeing David at his very worst, in which Legion keeps taking control. It really makes me wonder if the fat man is really a personification of Farouk, or a mask that was already there for Farouk to use. The editing doesn’t make it clear, but the question is still there. Charles meets David at the end, and beginning, or on the dark path he unwittingly set him on. David is relentless in his plan to kill Farouk, freely letting his callousness come out when referring to a clearly dying Switch as just a tool. 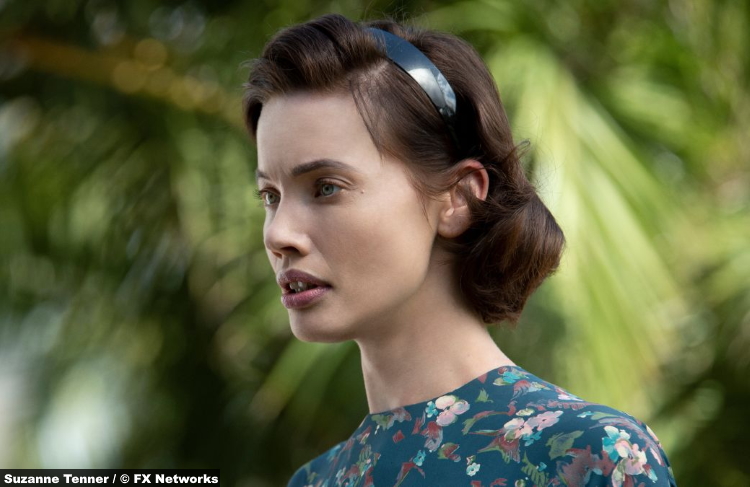 Syd gets the flipside of the coin, as she meets Gabrielle and baby David. I was right in predicting that there would be the “kill baby David” question, and Syd is not up for it. Thanks to her second childhood, Syd knows the difference between being raised by the right or wrong people. Gabrielle exhibits signs of schizophrenia, post-natal depression, and post-traumatic stress disorder, and is living in a time where no one knows what to do with that combination, especially for women. The comes through in a fatalistic view of life. While Gabrielle obviously loves her son and her husband, she is indelibly marked by her own trauma, much like present-day David. Syd is wrong though, the fact that mental illness runs in the family doesn’t mean that David had a genetic time-bomb. Literally every family has a history of mental illness, it’s just that most of the time hereditary illness isn’t picked up on due to the different societal attitudes of nearly every previous generation. Syd seems to come to this understanding: David does deserve love, he deserves the love and protection from his own mother. If he gets that, and if David and Charles beat the tag team of past and present Farouk, just maybe both mother and son will have a chance not to lose their minds. That’s an optimistic view, but this is Legion, and time is hungry.

7/10 – While not the most focused episode, Chapter 26 provides adequate set-up as well as giving us more insight into David’s real parents: two characters that I wish there was more of.