David’s plan this season has been simple: go back in time and stop the Shadow King from possessing him as a baby. He believes that if he can accomplish this then the world will be a better place, full of peace, love, and nothing bad will happen to anyone. Time travel narratives are usually tied to these perceived mistakes: Marty McFly spends an entire movie trilogy trying to correct the constantly evolving mistake of his travelling in time in the first place. Avengers: Endgame uses this same plan to defeat Thanos and undo the universe-wide snap of destruction, but they do it not by changing history (except for a few notable spin-off purposes) so much as tweaking things here and there before Cap fixes things. Endgame may actually be the most careful use of time travel. Legion has no plans toward that careful direction. Instead, it shows us the equivalent of Thanos using time travel for his own selfish means.

If David wasn’t the undisputed villain of the show he is now. Morality has always been fluid in Legion: no one is all good or all bad. David isn’t evil, though he certainly does terrible things. Syd had it absolutely right at the end of season two: he’s sick, and it’s the combination of his illness, his powers, and his feelings of betrayal from his friends that have set the course into action. Don’t misunderstand, I’m not saying that David isn’t responsible for what he’s done, he absolutely is, but there is a path that can be charted back to his childhood that has led him to this point. Chapter 24 presents what storytellers call a threshold: a doorway that, if David chooses to walk through it will change him. That threshold is about whether David becomes Legion, the World Killer, and Chapter 24 brings David to this point. So, let’s see how he got here, and, what his plan actually entails. 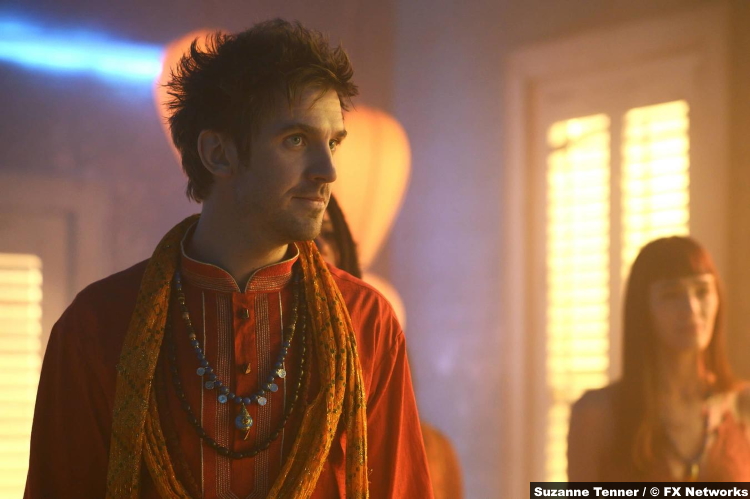 While this comparison flatters Legion, it is the Breaking Bad of superhero shows. Where the likes of Daredevil, Arrow, The Flash, Jessica Jones, and Supergirl are about how their lead characters become the heroes they need to be, Legion goes in the exact opposite direction. Taken season by season, David’s transformation into Legion has been quite elegant, because it has prized character over huge spectacle. We were introduced to David the schizophrenic, a sick young man who fell in love with a girl then found out he had superpowers. Through his relationship with Syd he is introduced to the Summerland team, who want to use David’s powers against Division 3. While Melanie’s techniques allude to therapeutic methods, she continually told David that he wasn’t sick, that he was really a hero.  Then the Shadow King emerged as David was waking up to who he really is, only for David to defeat him and expel him from his mind. Through this, David brokered a peace between Summerland and Division 3, only to be kidnapped by future Syd. 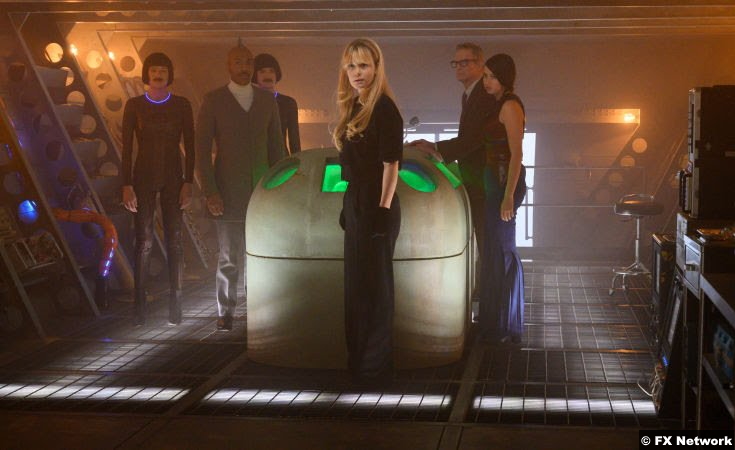 This is the main crossroads. Arguably, if David was able to stay with present Syd, get used to his mind without the Shadow King, and pursue the villain on his own terms, perhaps things could have been different. Instead, he goes missing for a year, leaving Syd feeling abandoned, and, thanks to future Syd, now has to help the monster. Not to mention that the Shadow King also killed his sister.

Let’s fast-forward to Chapter 24, and perhaps the episode’s most interesting scene. After The Shadow King tells David where Switch is (just when you were thinking you could trust him) Syd and David talk about the point where their paths diverged. Thanks to the manipulations of The Shadow King, who convinced Syd (in the guise of Melanie) that David was the real monster, she tried to kill him. That would screw up any relationship. The crucial thing here is not Syd or the Shadow King’s actions, it’s David’s. David is obviously panicking, but he still chose to alter Syd’s mind. He didn’t give her, or anyone the opportunity to cool off, to explain. Instead, he believed his own lie, that he and Syd could go backward, that he could literally fix reality. 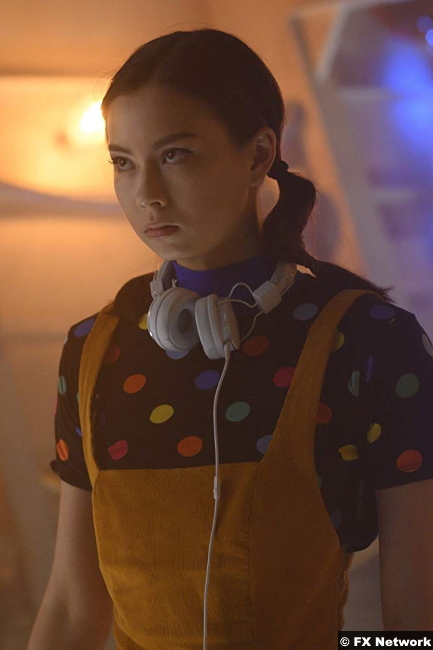 That’s David’s plan in a nutshell, and the gloves are off. This episode presents David’s biggest kill count, including Clark, many soldiers, and tangentially Lenny as well. It was his time travel that took her family. It’s a dark episode, but it’s also the most comprehensive when it comes to understanding who David is now. Put simply, he is Legion. The voices in his head weren’t just The Shadow King’s, something that has been present since the beginning of season two. From what I understand, it’s the main David who has the power, the rest needed him when Syd switched bodies. What does that mean for David? He’s too powerful for the rest of the cast to defeat him, his timeline changing plan probably won’t work, at least in the way he wants it to. Could he be the one to fight himself?

8/10 – Are we headed for a stand-off of the mind? Is the only way to save the world to kill David before the Shadow King gets him? It’s horrible to think that, but we live in a world with the logic problem of “would you kill a baby if you knew that he would grow up to be Hitler?” These are all just questions for now, maybe it’s time to see what Charles has to say about it.