Legion S03E02:  Chapter 21 – After an explosive premiere David and co take a breath to see where they stand

The big question about Legion’s third season was how the show would deal with the horrific consequences of David’s actions against Syd at the end of season two. The first episode dealt with the new status quo within the show’s eclectic universe. David now leads a cult of peace and love types who are high on a drug that is produced by David’s seemingly happy thoughts. Syd and the rest of the Division 3 group (sans Oliver and Melanie who are still, presumably, together in the astral plain), along with the Shadow King are tasked with finding David and killing him. The surprising part of the premiere is the inclusion of time-traveller, Switch, who has answered David’s call. What David needs with a time traveller we assume is about what he did to Syd, but Chapter 21 gives us more clarity on this point. 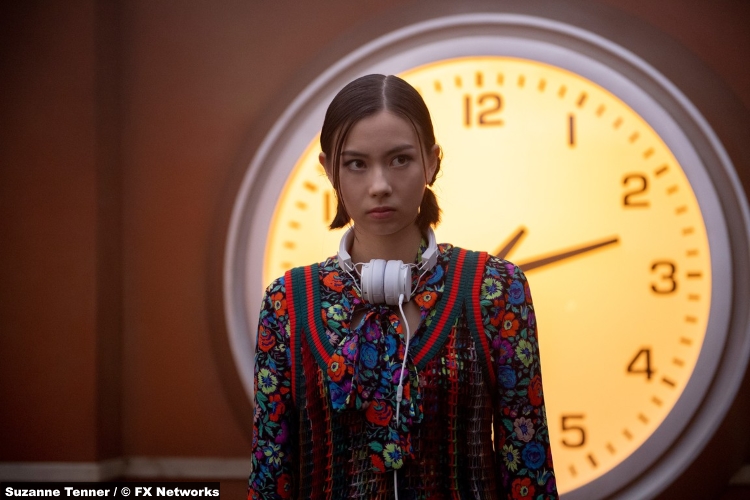 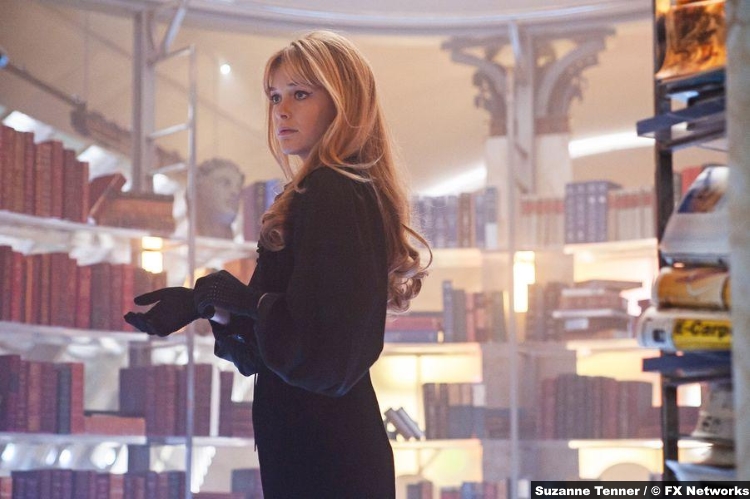 The meat of the episode is the meeting between David and Syd, where the season’s stakes are properly coherent. This conversation gives us the motives of each character as they complete their transformation from lovers to enemies. It’s a great scene, with the history between the characters feeling like it is literally between them. David tries to make amends, an impossible task, as he suggests the idea of going back and changing it all.

This is where Syd hits the nail on the head. If David changes it, he is still the man that did those things. Even if he changes the timeline (changing a timeline led to this mess in the first place) David can’t change with it. This is how lost David is, how much he is stuck in this behaviour. His solution to invading his ex-girlfriend’s mind and having sex with her is to change everything. No one should have that type of power, and with the confirmation that David is 33, the age of Jesus when he died, sets David up as the mutant version of the antichrist. Which brings us back to the drug coming from David’s head. It turns out when he’s angry blue turns to red (in keeping with a common visual motif) turns his followers violent. 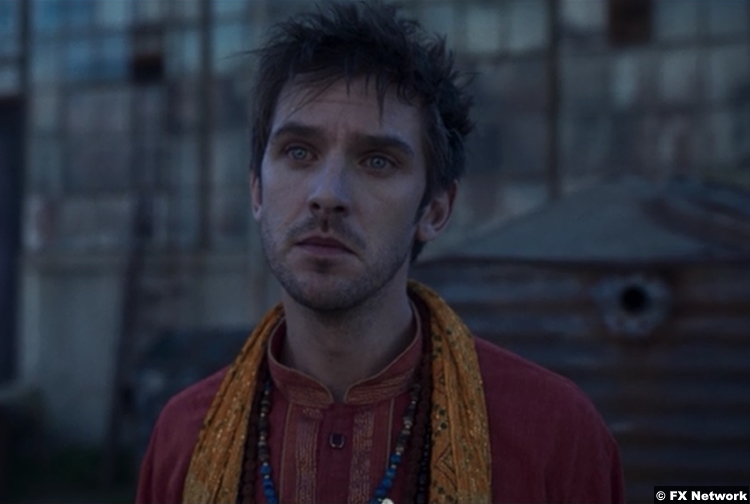 Syd’s homicidal anger is completely understandable when we consider her side of things. The last time she saw David was when he refused her help after sexually assaulting her. To even suggest help for David after what he did to her show’s immense strength on Syd’s part, so the fact that David refused and left, leaving Syd with the trauma he caused her, it’s no wonder she wants to kill him. Whether he actually ends the world or not.

8/10 Chapter 21 sticks to the pattern of Legion seasons with a shock and awe premiere, and a more character-based second episode. The season’s plot is coming together with David doubling down on his plan to go back in time to erase the Shadow King. He never learns. 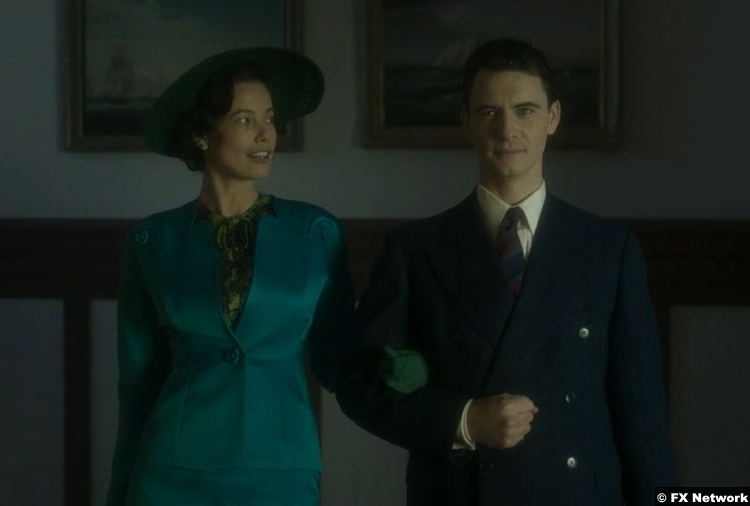 Well, I honestly wasn’t expecting the emotional gut-punch episode of Legion this early. Now that the first two episodes of the season have set up the stakes and central conflict the show decides to do the very Legion move of devoting an entire episode to the plot that has been in touching distance from David for so long: his real parents. It’s a testament to the strength of Chapter 22 that if it didn’t have any David and Switch business at all (basically the main duo of the season thus far) I wouldn’t have cared one little bit. There are appearances, along with the Shadow King are a handy bonus, but the tragic love story of Charles Xavier and Gabrielle Haller stand brilliantly apart from the show’s usual mad-cap energy.

If there is any comparison to episodes of Legion’s past it would be the David and Amy-centric multiverse episode, another that had me in floods. While I’m still salty about David’s character arc, Chapter 22 delved into the many ways that he became who he is today. With some surprisingly poignant (it should have been hacky) parallels with David and Syd’s romance, Charles and Gabrielle meet in a mental hospital, most likely to do with their experiences in the Second World War. Both feel isolated due to their respective past but find comfort in each other and form a romance that any doctor worth their diploma would call a bad idea.

If growing up an adopted child with a demon in your head is the nurture part of David’s upbringing, then this episode deals with the nature. While both parents delighted by their son, they share a mutual fear that David will inherit their own mental illnesses. To this point, having telepathy has cause Charles nothing but pain, but Gabrielle would much rather David got his father’s mutant powers than her psychological problems: eerily symbolized by a very familiar doll. It looks like he got both. 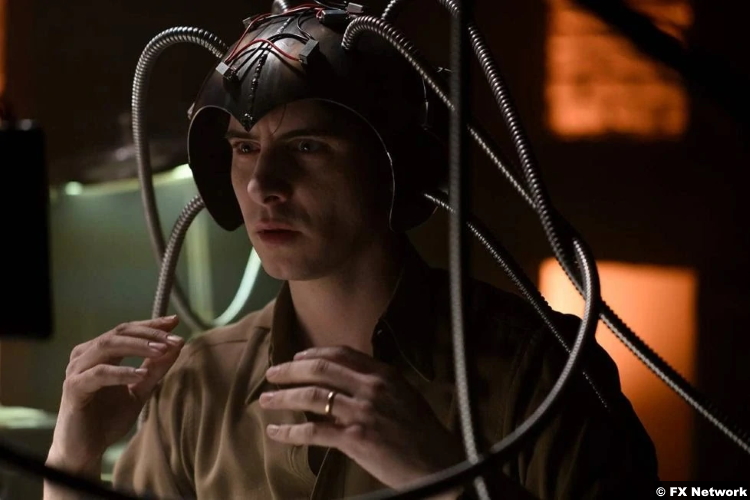 Legion is very good a juggling many genres at once, and this episode is no different. We have a time-travel story, a horror story, and a psychological weepy all wrapped up in a tragedy. The horror aspect of the episode increasingly takes hold as the Shadow King comes for David after Charles expelled him from his body. The scene in which Gabrielle is trapped in her room is pure nightmare fuel, and the Shadow King taking the ethereal form of black smoke is a common representation of demons to continue with the show re-purposing religious symbols.

10/10 Chapter 22 is a huge step up for what has already been a solid final season. We have finally been shown the missing pieces of David’s life and he couldn’t stop it from happening. It’s experiments like this that show Legion at its very best, and I really hope that this part of the story isn’t over.