Before we begin, lemme give my usual disclaimer. As this show deals with heavy topics, including multiple types of violence, I will be discussing them. Some readers may find it disturbing, so use your best judgment. If you personally need help with finding resources, the show has an excellent site with links for people in many countries. As always, please get help if you need it. You’re all my tiny baby angels and I don’t wanna lose a single one.

Now, back to this mess. As you can read in that link, I…did not care for season 2. I found the bulk of the season muddled, struggling under the weight of too many characters and unable to make a case for its own existence. And then there was that bathroom scene. 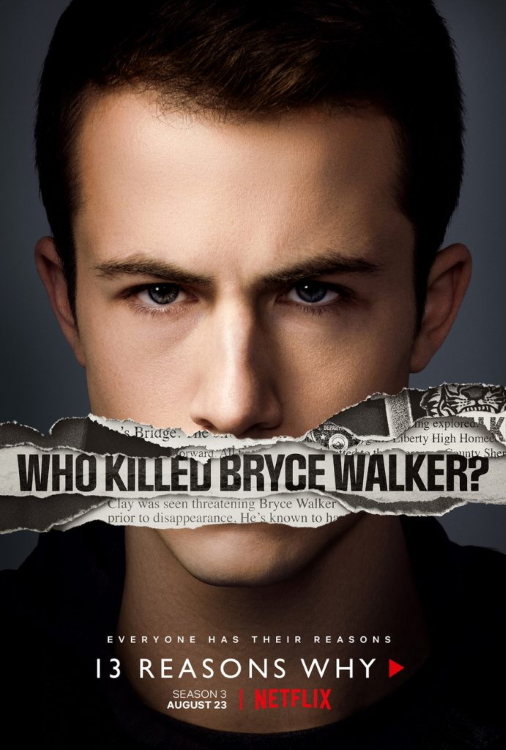 So it is with great surprise that I’m able to report that season 3 course-corrected enough to make that case–that this show should exist beyond the book’s plot. That isn’t to say that it was a perfect season, but that it feels like they’re paying attention.

Maybe that’s why they install Ani (Grace Saif) as our narrator this season. As she tells the story to an unknown listener, she makes it clear that that’s what she does: she pays attention. Ani is the new girl at Liberty High this year and that gives her distance, as she tries to puzzle out everyone’s secrets. 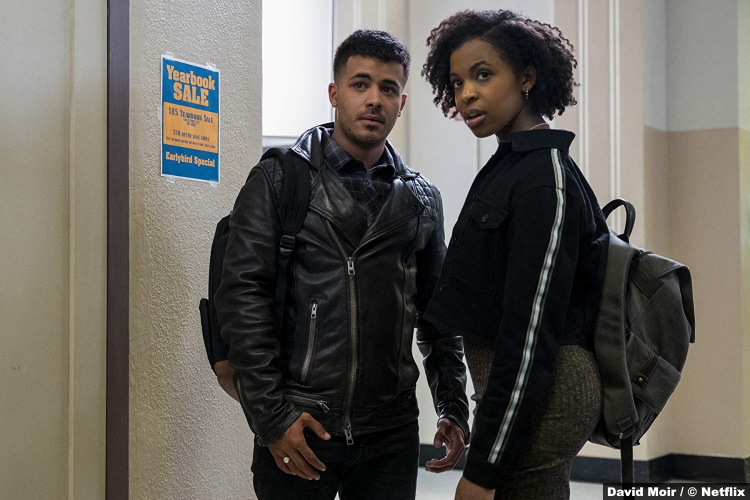 And as we know, they have a lot of them. Last season ended, of course, with Clay narrowly averting disaster, by stopping Tyler from shooting up the Spring Fling. In the aftermath of that, Tony  (Christian Navarro) and Clay ditched Tyler’s guns and everyone–Clay, Tony, Alex (Miles Heizer), Justin (Brandon Flynn), Jess–has formed a kind of human shield around Tyler to keep him out of trouble. While it’s touching to watch the kids rally around him, it’s also ironic. They maybe wouldn’t need to do this now if they’d done it in the first place, if they’d paid attention. 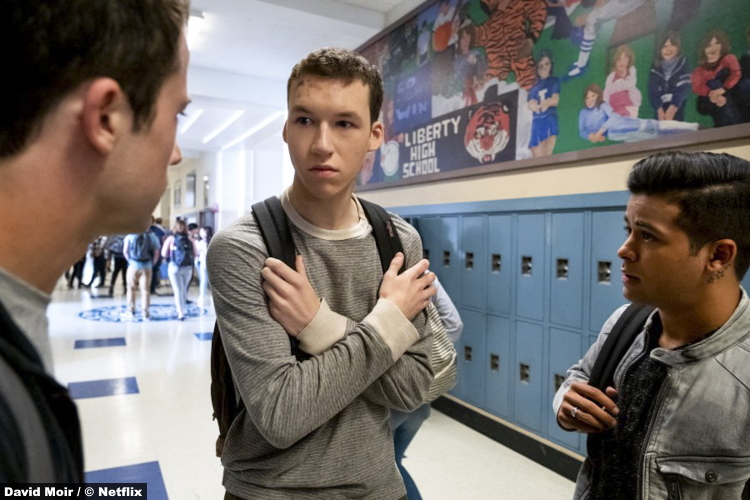 And sure, there’s an argument that this isn’t what’s best for Tyler–secrets have never served these kids well, after all–but I’m not sure that the alternative would have been better for him. Still, it does take an adult–Mr. Porter (Derek Luke)–to nudge Clay into finally asking Tyler what’s wrong. That scene, between Tyler and Clay, by the way, is one of the standouts of this season.

When Tyler was introduced, I will admit I thought he was kind of a creep. I described him as “a kid so pathetic, you almost feel sorry for him,” after all. As the show has continued, though, I can see the hurt in him. But he’s not just a hurt kid. He’s smart and talented and kind, all things I’ve learned because the show let me get to know him.

That’s a practice they continue this season with other characters that may prove controversial. I’m speaking specifically of Bryce (Justin Prentice) and Monty (Timothy Granaderos). While it’s interesting and vital for the show to flesh out their characters, it also runs the risk of humanizing them a little too much. It’s sad that Monty’s dad is abusive and that Bryce’s dad isn’t much better, but including those details flies a little too close to excusing what the boys have done. 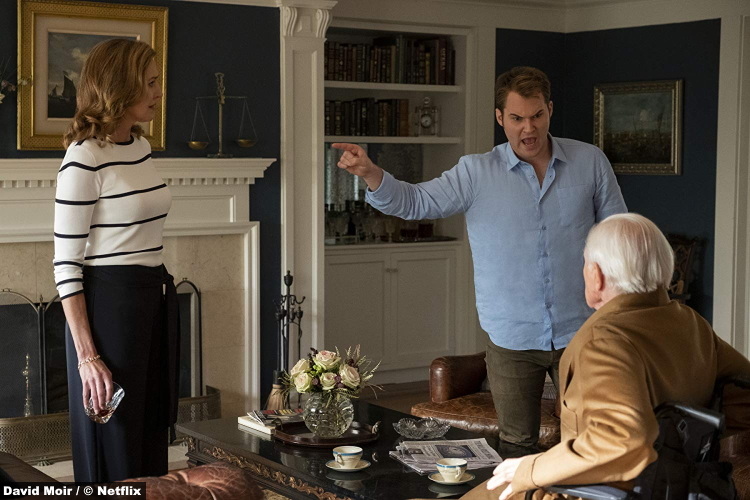 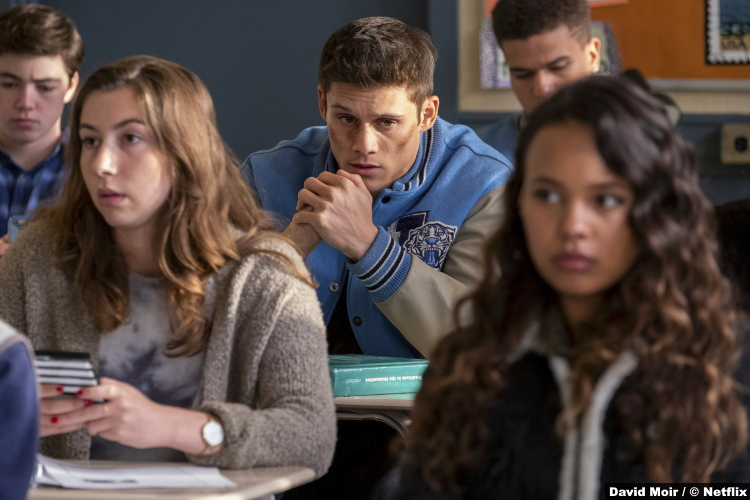 I don’t think the show is trying to do that–I think it’s trying to show that abuse often runs in cycles–but as with the Tyler and Monty scene last time, I think they should really consider their audience. As in, this is a show aimed at teenagers, who may not get the finer points of nuance. (It’s even worse, by the way, when they have a character sleep with Bryce, knowing full well he’s her friend’s rapist. Like, wtf.) I think it’s interesting to watch Bryce, for one, struggle with his past, but I don’t have to forgive him.

That’s the prerogative of Jessica, for example, or Chloe (Anne Winters). And while they have two different paths this season, I thought both were handled well. Jess is still working on recovery, while Chloe deals with her pregnancy and her changing feelings about Bryce. After her conflicted role in season 2, I liked that we got to see more of Chloe. I especially liked the way they depicted some of the more difficult parts of her journey, like her visit to the crisis pregnancy center. And watching her friendship with Zach blossom is good for both of their characters. And speaking of good for a character, watching Jess reclaim her life, piece by piece, was the best. 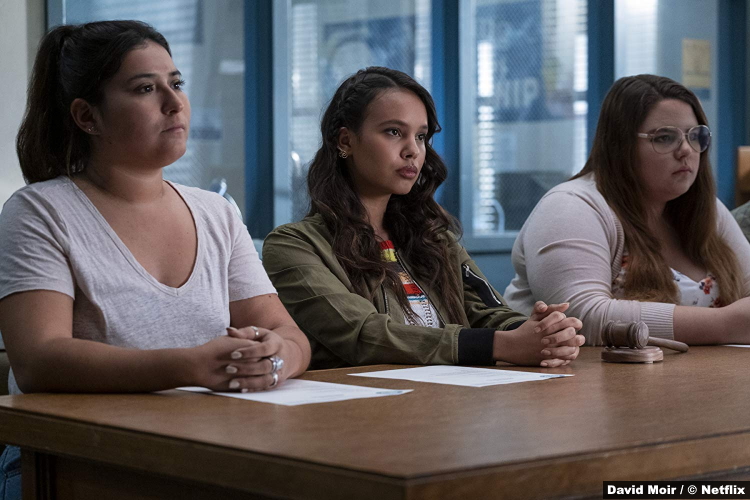 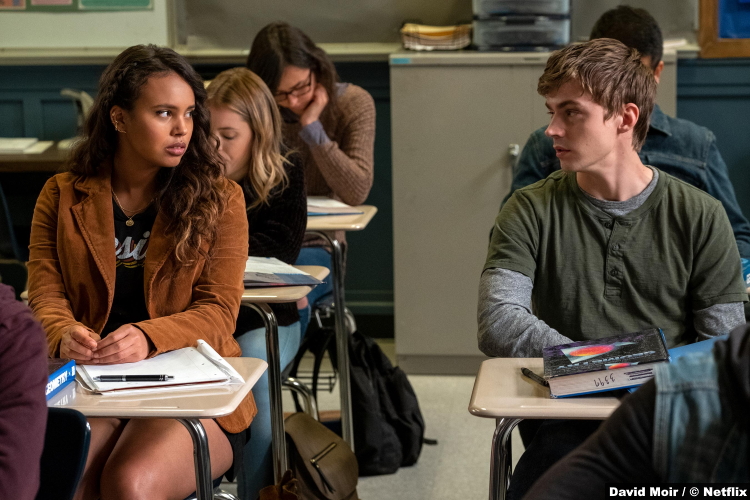 It just feels like these kids deserve a break, after all. They’ve been through so much in so little time. So when the poster headline comes true and someone kills Bryce Walker and they cover it up, well…I don’t condone it, but I understand. These are deeply hurt, deeply traumatized children. When we get to season 4–and yes, there will be one–I hope one of these adults will stop playing catch-up and start paying attention.

7/10 – After a gruesome season 2, the show abandoned its compulsive need for shock value in favor of something a little more subtle. While it didn’t always hit the mark, it got a lot farther than the last time. (Admittedly, not a high bar.) This season had some storylines I didn’t get to mention–most noticeably, the immigration one, for instance–but I thought those were also handled well. The show did a much better job incorporating its disparate stories this time around. And while I know that some of you youths found Ani “annoying”–I’m on Tumblr, I see things–I didn’t mind her as much. I thought to let her spin out the whole long and sad tale of woe beggared belief, though. Like, what police officer would sit through that without being like, “Any chance of you approaching a point?” It does make a certain amount of sense at the end, though. Just like the season itself.