Look, I try to be objective. I evaluate anything I review the way that Roger Ebert taught us, by judging everything on its own merits and whether it was successful in what it set out to do. But I’m only human. And if you want to get on my good side, you could do a lot worse than having a character yell my name. 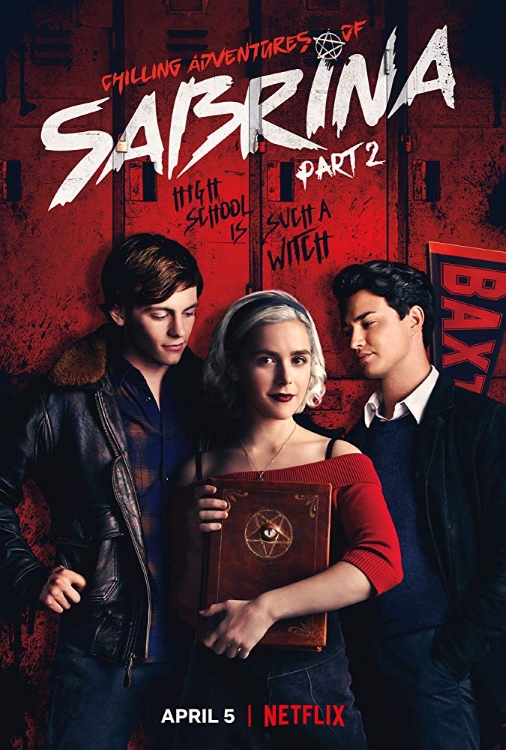 That happens in the very first episode, when Father Blackwood takes a group of male students to Dorian’s Gray Room, where Dorian Gray himself (Jedidiah Goodacre) announces the evening’s entertainment, who is apparently my actual namesake (Saskia Wedding) who is still alive? I don’t know, but again, thank you for that.

The fact that Blackwood takes only boys to what is billed as a men’s only establishment is part of a larger story within this season. As Blackwood gains more power, he wants to mold the Church of Night in his own vision. And his vision is patriarchal. That’s just disappointing. Imagine having magical powers and using them to rebuild the world into a vision of the past. 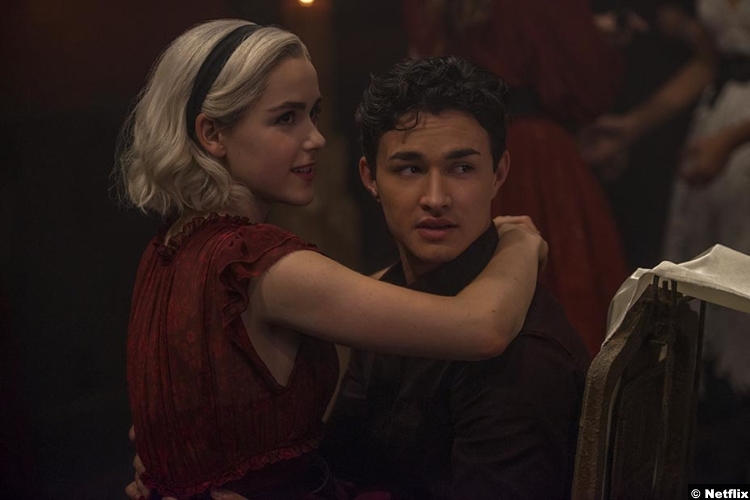 Obviously, the youngest Spellman won’t stand for that. She spends much of the season locked in a power struggle with Blackwood, but unfortunately, it’s never in a way that feels earned. Since we left her, Sabrina’s been spending much more time at the Academy than at Baxter High, but as on its sister show, we hardly ever see the kids learning. When she challenges new boyfriend Nick Scratch for the position of Top Boy, she only has a fighting chance because the Weird Sisters are helping her cheat.

I would have liked to have seen a deeper dive into witch life or…anything, really. I’m not sure if they knew the show had been renewed for a third and fourth season when they started making this one, but I’m going to guess not. ‘Cause it feels like they prepared for any eventuality by cramming as much story into this season as possible. 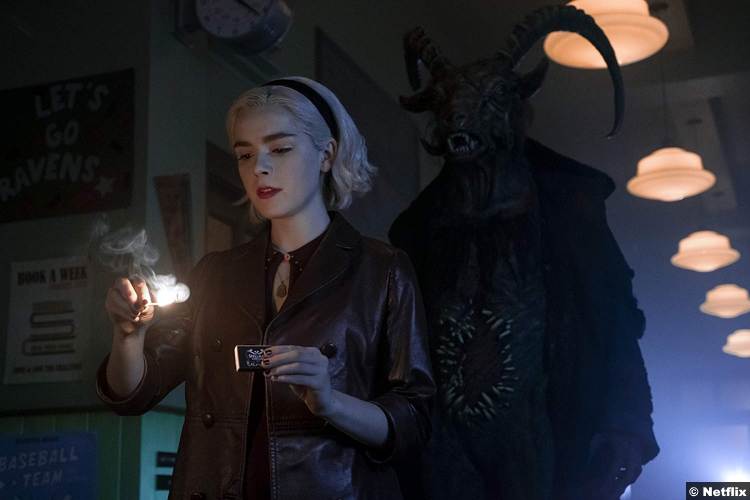 As a result, storylines that should make a greater impact land instead with a dull thud. That includes the transition story for Susie, now Theo, which isn’t given the weight it deserves, and the fact that Roz is blind for part of the season. Then there is Ambrose’s struggle to realize the right path for his life, a storyline which just sort of fizzles into nothingness. These are storylines involving fairly main characters, though. They don’t include that there is also a brief flirtation with avenging angels, the reveal of Dr. Cerberus’s (Alessandro Juliani) secret, the return of Mrs. Wardwell’s fiance Adam (Alexis Denisof) and visits from both the Anti-Pope and the Witches’ Council. It’s a lot and yet not enough.

So by the time we get to what is ostensibly the biggest reveal of the season, it too doesn’t have the impact that I would have liked. By that point, it seems as if they knew another season was coming, as the last scene sets up the action for next time. But that doesn’t make up for the fact that the second half of this season is often muddled and feels rushed.

On the other hand, while it might sound like I hated everything (besides the sound of my own name), there were some triumphs. As with last season’s stand-alone dream demon episode, this season’s tarot reading episode was a fun experiment. If we’re not going to engage with storylines on anything other than a superficial basis, then I’d like to see more of these “monster-of-the-week”-type episodes.

And speaking of monsters, there were some clever guest appearances this season that included actors from both Twin Peaks and The X-Files. (On that note, I’m going to assume that William B. Davis is playing his character from The X-Files, because that makes a lot of sense.) 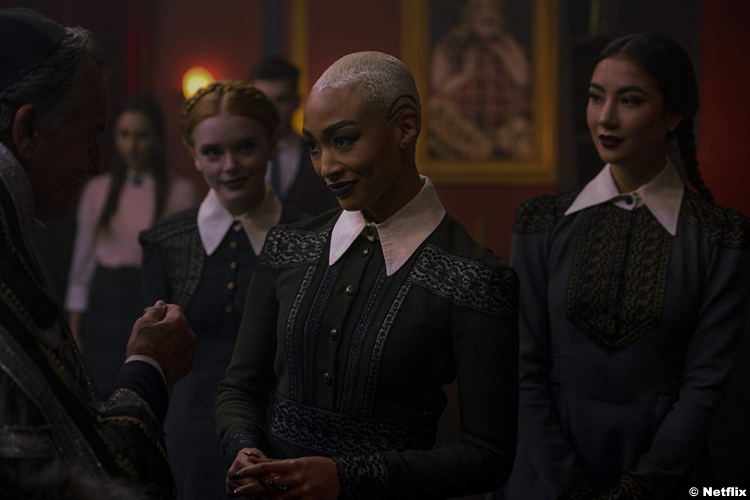 There is also a charm to the perpetual autumn world of CAoS. Even when Sabrina’s being a little entitled bossy-boots–so like, at least half of this season–you can believe her heart is in the right place. I just wish more of the story was.

7/10 – Looking back on my review of part 1, I see I mentioned a mystery they left dangling back there. I regret to inform y’all that it went completely unnoticed this season, so goodbye forever, I guess. That right there, though, is a symptom of the biggest problems with part 2–the loosey-goosey plotlines and the show’s tendency to abandon them. If they can keep a tighter grip for part 3, then they’ll really be flying.