After IT: Chapter One blew the box office away a couple of years ago and became the highest grossing R-Rated horror movie, beating the long-held reign of The Exorcist, it was a sure bet that Hollywood would be looking to mine more of Stephen King’s works. Later this year we’ll get the conclusion to IT (and three cheers to Warner Bros. for not trying to turn an obvious two-part story into a trilogy), but before that we have Pet Sematary, a story with a very different tone than the “coming of age/face your childhood horrors” theme of IT.

With that extra layer, the movie rises from a generic but well-made horror movie, to one that will leave you thinking long after you leave the theater. 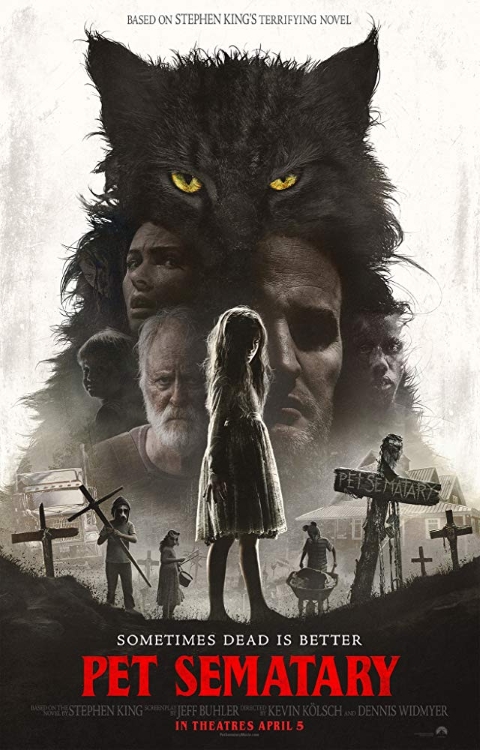 First of all, loyalists to the book need to prepare themselves for a movie that takes the premise of the story and puts a very altered spin on it. For the most part, the changes made are well-reasoned and well-executed, but as with most book adaptations, there are things that feel out of place and moments that feel undeveloped.

That being said, this is a very well-made movie.

It is well-paced, well-acted, and had some legitimately scary moments. Yes, many of those scares are jump scares, and while that’s the lowest common denominator scare you can employ, the movie has more ways than that of frightening. There are also quiet moments, lingering moments, and dark, atmospheric moments that will really unsettle you.

It’s also gruesome and liberal with its blood-flow, though it used its gore in a way that felt earned and not cheap. 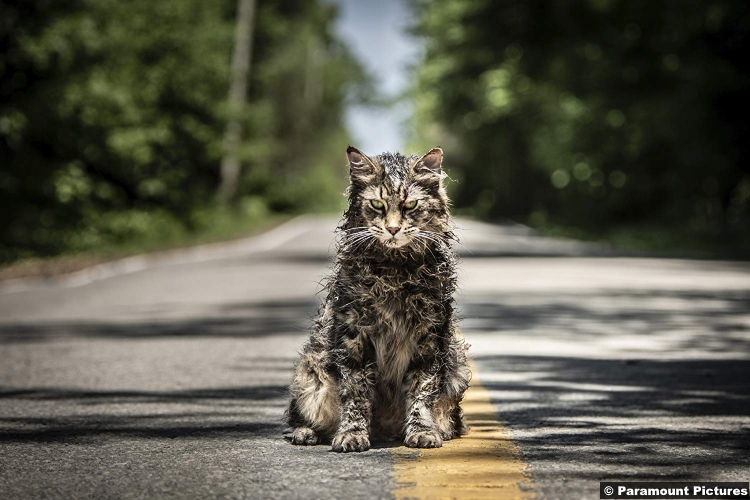 My biggest point of praise belongs to the ending, however. First off, it’s a different ending from the book, but only in activity. In spirit, the endings are kindred. Put simply, this is a very downer ending: There is no happy end here, though there wasn’t one in the book either. I think a reader is more willing to accept a dark, twisted ending in a book than a viewer is in a movie. In that case, big thumbs up to this movie for ending with the whole family either dead and reanimated or about to be. The typical moviegoer may not like it but it’s a horror movie: If any genre should have downer endings more often it’s this one.

In addition, if you see the story as a parable about grief and the hardships we bring ourselves when we refuse to let go and move on, then the ending doubly works, because Louis’ inability to say goodbye to his daughter ends up damning his whole family. Really effective parable, there. 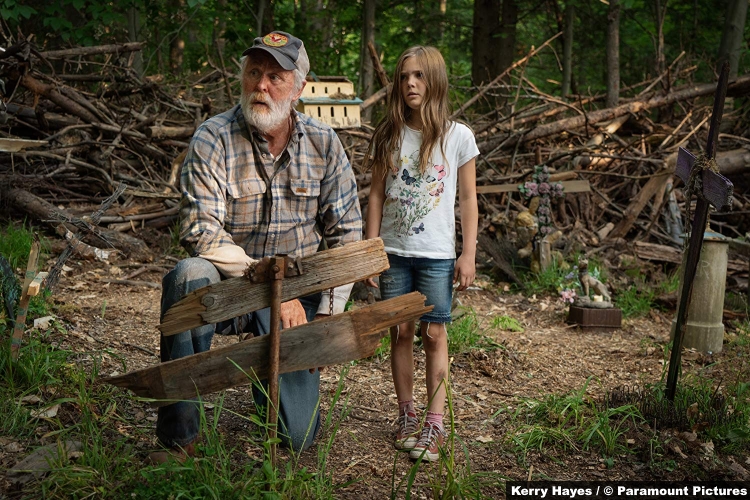 I only have two complaints.

First, the movie doesn’t do a good enough job establishing its rules.

In a horror movie especially it’s very important that the audience understand what can and can’t happen. If you don’t explain the rules then everything that happens feels cheap and contrived. As long as you explain the rules and stick with them, you can get away with just about anything. For example, a demon that only moves in the dark? Great. That’s Lights Out and though it was a silly premise, it stuck to its rules and ended up an effective horror movie.

Pet Sematary does a good job explaining the rules of the sematary: You bury the dead in the special place and the weird Native American demon thing brings them back. We’re not told what exactly happens to bring them back, or even what exactly it is that comes back, but that’s fine: The rules are established and the rules are followed. 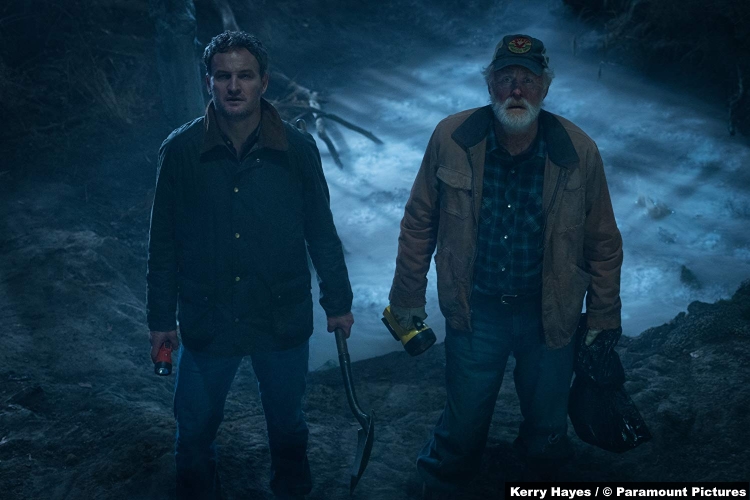 BUT: There are also the weird visions that both Louis and Rachel have; the former of the dead college student and the latter of her twisted sister. At first, it seems like maybe these visions are a product of their house (which was on the Pet Sematary property). That would be consistent enough to satisfy me, even if tacking on a haunted house/area concept would have been a bit overstuffed. IT got away with that because IT and Derry were sort of linked as dual-haunted things. It doesn’t matter because that’s not the explanation: Rachel has her visions all the way in Boston. So these scary visions are just…happening. And without any understanding of why they’re happening, they come across as just “spooky stuff just for the sake of it” and that’s no good. That cheapens the movie.

The other problem relates specifically to Louis’ visions. 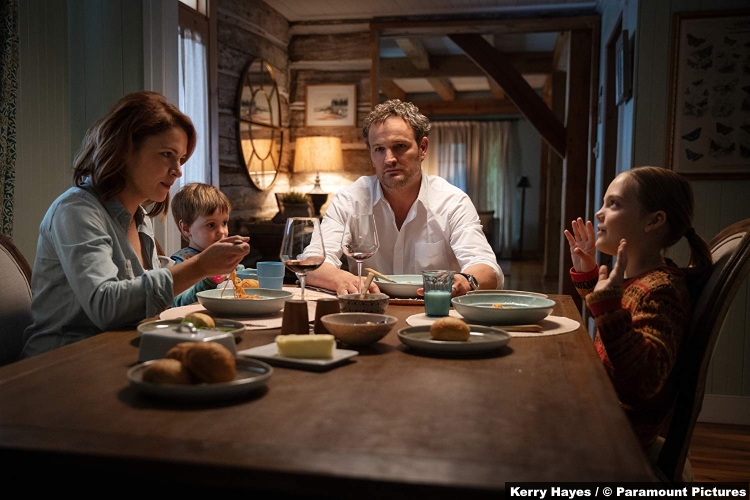 In this case, the fault is with either the screenplay or the editing because the ghost that haunts Louis is left unresolved. His visions go nowhere in the story. Rachel’s visions seem purely designed to torment her. Okay, I accept that (even though there’s no explanation). Louis’ specter, however, seems determined to warn him, or at least frighten him away from messing around the Pet Sematary. That’s a good start, but after a certain point in the movie, the vision just gets dropped. We don’t see him anymore and we’re given no resolution to him. He’s not an “undead” like Church or Ellie since he appears and disappears like a ghost (at one point he vanishes in the fog of night). So what is he? Why is he? The movie seems to forget about him, which is a problem.

Those are my two complaints: I needed a better grounding of the rules so I could subconsciously follow the supernatural horror stuff, and I needed a resolution to what seemed at first to be a critical plot point of the movie. Annoying as those two things are, they don’t diminish the movie or nullify how effective it is in bringing out the horror.

9/10 – Pet Sematary manages to be both a solid horror movie and an even scarier parable on the dangers of lingering grief.

Bring on IT: Chapter Two and, then what? A remake of Thinner? Salem’s Lot?