Project Blue Book S01E10 Review: The Washington Merry-Go-Round – Finale ends with an invasion in the sky

In one of the most exciting moments in this week’s episode, UFOs swarm the National Mall in Washington, DC. It’s such a wild visual that it would be understandable if you thought it was made up for dramatic effect. But it happened. According to the records, in July 1952, a DC air traffic controller improbably named Edward Nugent–Ted Nugent, really?–was the first to notice something weird. He would be far from the only one to send in a report, and in fact, the sightings would continue the next weekend.

So let’s this make this clear. These were daylight sightings, reported by a number of witnesses. Can you imagine how spooky that must have been? Now imagine you’re the government and you’re tasked with explaining this to a frightened populace. I would probably panic and blurt out, “They’re here!” 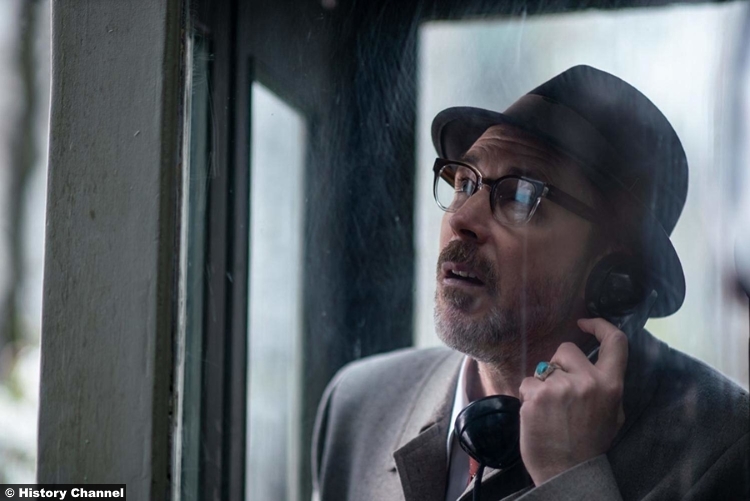 And that’s why I’ll never be chosen for Project Blue Book, unlike Dr. Hynek. Having been tipped off by The Fixer, he hurriedly takes Quinn to the Mall to see the lights. Quinn, ever the dutiful employee, wants to tell the generals immediately. However, it’s pretty hard for them not to know, seeing as how so many people already saw it.

The generals, somewhat predictably, think it’s those Russians, while Secretary Fairchild is open to more interesting possibilities. In any case, they want Hynek and Quinn to go on the record at a press conference to assure the public that there’s nothing to see here, folks–move along.

Their work in the press conference is perhaps their most exquisite bullshit yet. As there were so many witnesses, and the lights looked pretty darn intentional, I was waiting with bated breath to see how Hynek would spin this. I have to say, I never saw “temperature inversions”–what?–coming. It’s smart thinking, though, because appearing to be good little boys, a feat Hynek will repeat in a private government panel, frees them up to do their own work.

After the press conference, Hynek is slipped a note to meet with the Fixer. Meanwhile, the generals, the Secretary of Defense, and President Truman (Bob Gunton) confer regarding the lights. Secretary Fairchild is fairly adamant in his belief that there’s a sentient presence behind the lights and for that matter, a non-Soviet one. The generals, on the other hand, are still trying to explain it away as Communist spycraft. 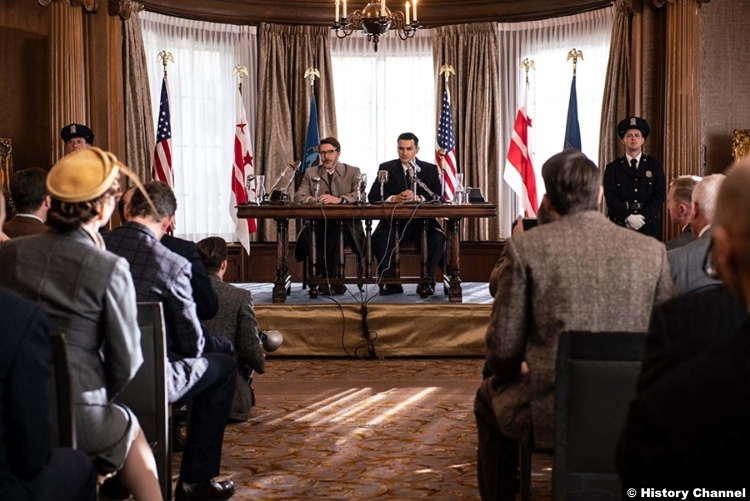 While that’s going on, Hynek goes to his meet-up with The Fixer. Wait, I mean Hynek, now featuring Quinn, who also shows up. Unsurprisingly, The Fixer also travels with friends, a group of Fixers–a flock, even. The herd of Fixers leave Blue Book with a film of Operation Ivy. And yes, if your first reaction was, “The band?” then you’re in good company because so was mine.

But no, they mean the nuclear tests in the Marshall Islands. Although nuclear tests on their face aren’t that interesting–in my opinion, you’ve seen one mushroom cloud, you’ve seen them all–the UFOs on the film really spice things up. At least, Fairchild thinks so, and he thinks Truman will, too.

We haven’t spent that much time with Fairchild, so when we break to watch him gas up his car, it doesn’t come as much of a surprise when he blows up. Someone wanted him silenced, but it’s anyone’s guess as to who that was. (The Fixers?)

[Note: While there was no Secretary of Defense named William Fairchild, there was a SoD, James Forrestal, who died under mysterious circumstances around that era. While some fictional works have tied Forrestal’s death to alien coverups, he was known before death to have been a troubled man. In fact, the title of this episode is a reference to a newspaper column by Drew Pearson, who repeatedly attacked Forrestal in print.] 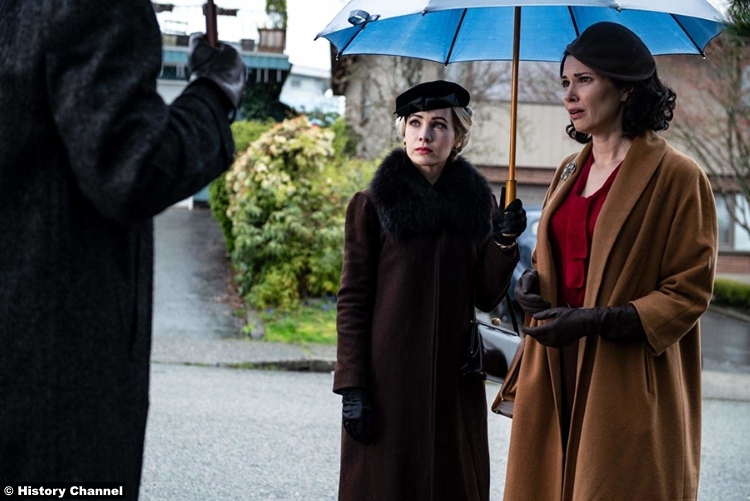 Back at home, Mimi tells Susie she’s just not that into her, which…great, I guess. Also, neighbor Donna’s husband is carted off as a commie. This comes after Mimi finds a listening device in the phone, which she tells Susie about. So Susie probably set up Mr. Donna, but who knows?

And way down yonder in Antarctica, the Fixer activates (?) an obelisk with the Artifact, which is apparently what we’re calling that alien object Hynek once stole. Showrunner Sean Jablonski says that he’s not calling down aliens, but you know, that sounds exactly like what someone trying to hide an alien would say.

8/10 – A pretty good ending for the season and an entertaining season overall. If I had a major qualm, it would definitely be the Mimi problem. I understand that they probably don’t want her to be underwritten, but she is, and they probably want to give her something to do, but this wasn’t it, chief. Hopefully, if we see more of Mimi in season 2, they’ll give her something to do besides “I dunno, look worried.”