Every year it seems we say “this year is going to be incredible for movies” but this year…hoo baby. This year looks like nothing cinemas have seen since the magical year of 1982. There are so many potentially huge films coming out this year, we couldn’t even fit them all into one article.

…and that’s just through June. The second half of 2019 is just as loaded. Such as… 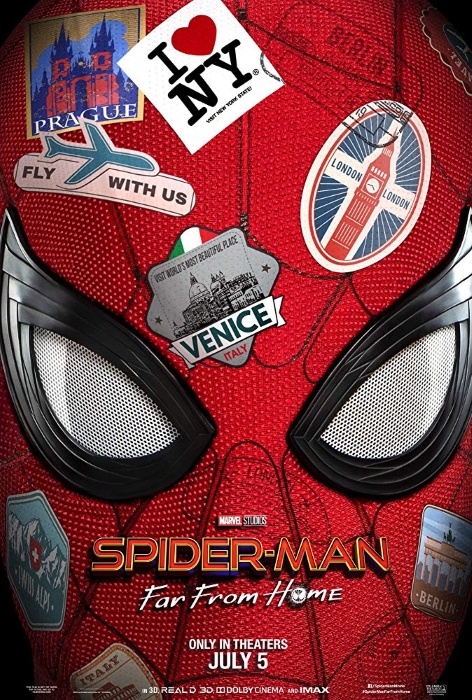 Releasing just two months after Avengers: Endgame, the latest Tom Holland-led superhero film will see the young actor don the red and blue (and black, judging by the trailers) costume for the fifth time, tying the combined reigns of Tobey Maguire and Andrew Garfield. He’s done great with the role and the films featuring him have—so far—exceeded expectations. Now he looks to team up with Jake Gyllenhaal’s Mysterio, though it probably won’t be a long-lasting partnership. Mysterio has a very “Incredibles’ Syndrome” vibe and I can’t wait to see what Gyllenhaal does with the role. He apparently turned down a chance to play Batman for this part so…expectations are sky high.

Spider-Man movies slumped a bit with the “Amazing” films. Though they still made a healthy amount, it was far less than what Sony was counting on. The MCU-boost aided Homecoming and the post-Endgame tide looks to lift this film even more than the 2017 movie. Assuming Endgame sticks the landing, we might be looking at a bounce akin to what the first Avengers gave Iron Man 3 (it was the first of Marvel’s solo films to hit a billion, and the only one to do so for several years). Far From Home might end up the highest-grossing film in the franchise (Spider-Man 3 currently holds the top spot with at 900mm). The only thing standing in its way is The Lion King, set to release two weeks later. Far From Home will need a huge opening weekend and a tiny second-weekend drop to cross the milestone number, but I think it’ll do it. 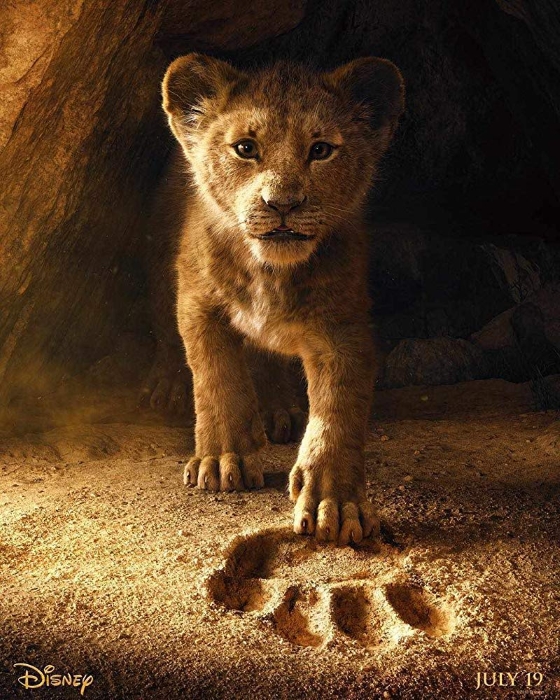 Maybe I’m crazy but, while everyone else is bullish on this movie being the biggest of the year, there’s part of me that wonders if it might under-perform vs. the big box office expectations. The more I think about it the more I worry that Dumbo and Aladdin may both disappoint at the box office and cause an uptick in frustration with Disney’s desire to remake all their animated classics.  Everyone keeps talking about “superhero fatigue” but those movies keep getting bigger and bigger box office returns, meanwhile I wonder if we aren’t about to see a “Disney Remake” fatigue. How Dumbo and Aladdin do, both with critics and ticket-buyers will likely hint at how The Lion King will fare. 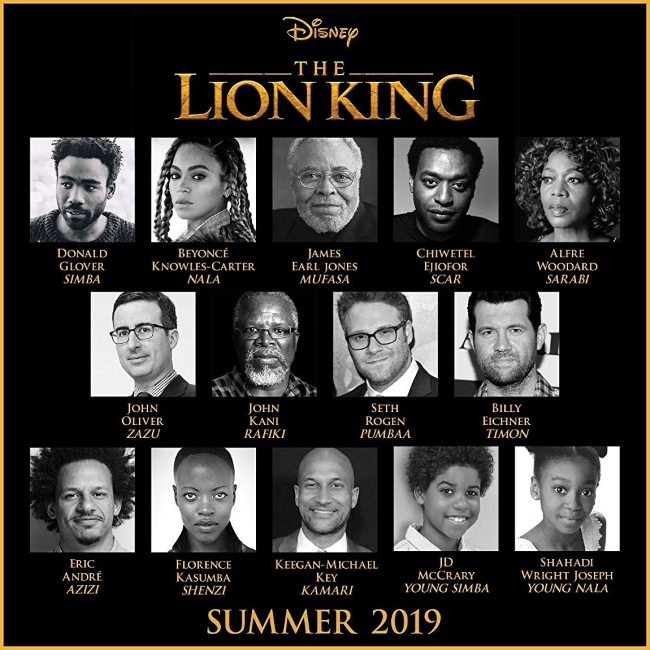 Don’t get me wrong, the film is going to make a stupid amount of money, but the difference between 1.5 billion and 2.5 billion is big in terms of perception. The four-way race for the 2019 crown is between this movie, Endgame, Frozen 2, and Episode IX. Everyone seems to think the length of Avengers and the division in the Star Wars fanbase will hurt those movies’ chances, leaving The Lion King to go up against Disney’s newest king of Animation Domination, but I don’t think the race is that cut and dried. There will be some people frustrated with choices made in this version of The Lion King; whether that translates to a bigger-than-expected second-weekend drop is to be determined.

The movie will almost certainly end up in the top four at the end of the year; beyond that is still a mystery. My prediction is that it falls short of Endgame and Frozen 2 but edges out Episode IX. 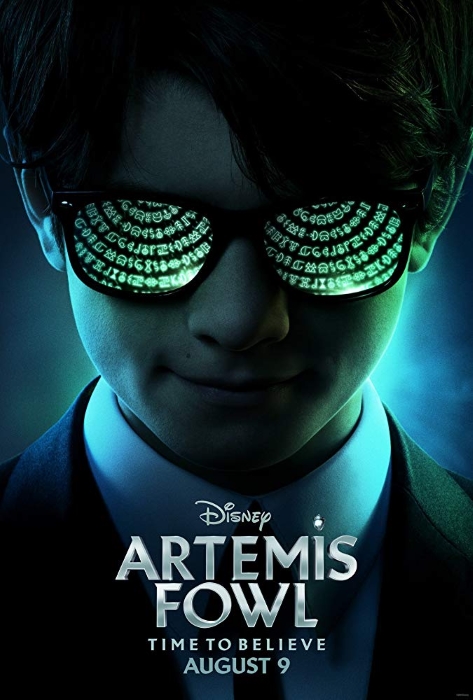 This will be Disney’s Tomorrowland of 2019. It will be their A Wrinkle in Time. This is their annual “See, we’re fallible” film that everyone will dogpile and write tons of articles about, just to having something to say against Disney. The film is based on a series of sci-fi/fantasy novels published in the last decade. The fanbase is not large and the trailer seems to have divided what followers the books do have. The rest of us seem disinterested.

Disney is hoping the movie will catch on to give them another franchise to milk for a few years (they’ve really struggled with milking franchises, haven’t they?). It’s unknown how much they’ve spent on the first movie in the presumed series, but I don’t think it’s a big leap to say they may not get their money back. Releasing it in August is a smart move, however; the competition will be lighter, but probably not enough to overcome a lack of buzz or extraordinary interest in the product. Don’t weep for Disney: They’ll make enough off of Star Wars and Marvel this year that they will not even notice a few hundred million suddenly disappearing. This movie was basically funded with the extra money Star Wars and Marvel brings in. Disney’s playing with house money, folks. 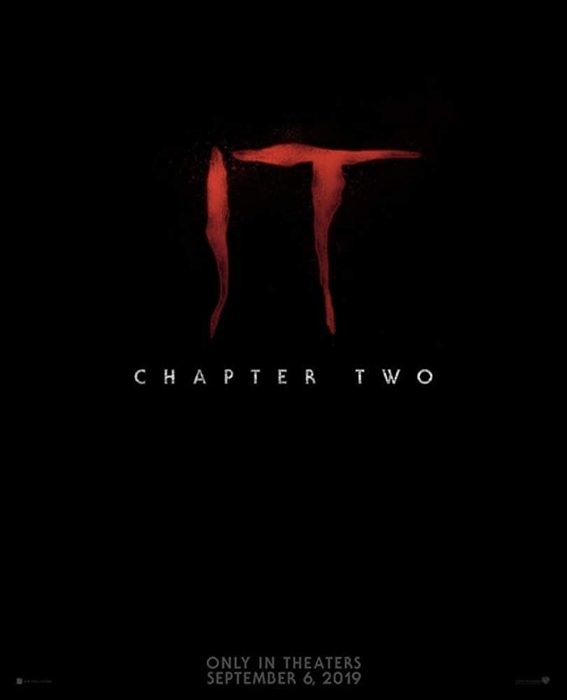 The first movie was a top-ten earner in 2017, despite its R-Rating. It’s also the fourth-highest grossing R-rated movie ever, and the highest-grossing horror movie with an R-rating. The movie had a good amount of buzz before release and most were hoping for, at best, a good-enough time. Instead, IT: Chapter One movie blew everyone away, and a large part of that was the great cast of young people who carried the 1980’s-set picture.

Chapter Two will introduce everyone all grown up and living in the modern day. The cast is strong and mostly A-list, and their younger counterparts are returning too. Interest has not diminished in the two years since the previous film; if anything it’s peaking at just the right time. The first movie made 700 million; a staggering amount for a horror movie. The sequel has an outside chance of crossing the Billion-Dollar mark but it’ll need the stars to align to do it. September will be a light month, giving it plenty of time to build up a head of steam. And unless some surprise horror film drops in October, there’s really nothing to challenge it leading up to Halloween except for Joaquin Phoenix’s Joker film. It: Chapter Two just might do the unthinkable…