Doctor Who S11E09: It Takes You Away – An emotional classic wrapped up in sci-fi whimsy

One of season eleven’s strongest recurrent themes is that of absence. Nearly every episode has dealt with absence as a living thing, an embodiment of pain left by something that has disappeared. We’ve seen this through the shadow left by Grace’s death in The Woman Who Fell to Earth, her absence driving Ryan and Graham to the type of adventures and heroics that would make her proud of her grandson and husband. It’s been shown in Demons of the Punjab with the alien race whose sole purpose is to commemorate those who die alone, a duty they took on due to the destruction of their home planet. We were shown how the deaths of King James parents fueled his holy mission, misguided or not, to defeat the devil in all its forms. Then there’s the presence (or lack thereof) of the Timeless Child: whose identity is still shrouded in secret but will hopefully feature in next week’s season finale.

It Takes You Away, with the help of some of the wall plotting, takes on this theme of absence, grief, and loss with moving and poignant results to make it one of the best episodes of the season, and one of the best episodes of Doctor Who in years. While I’ve enjoyed this season I was still looking for that episode that really got me, one that didn’t need to rely on a historical event, but instead got to the heart of the characters and what drives them rather than what they represent. It Takes You Away does this by utilizing the return of a dead character in a way that informs and drives the story by using this return to investigate the reality of this loss, and it’s a wild ride getting there. 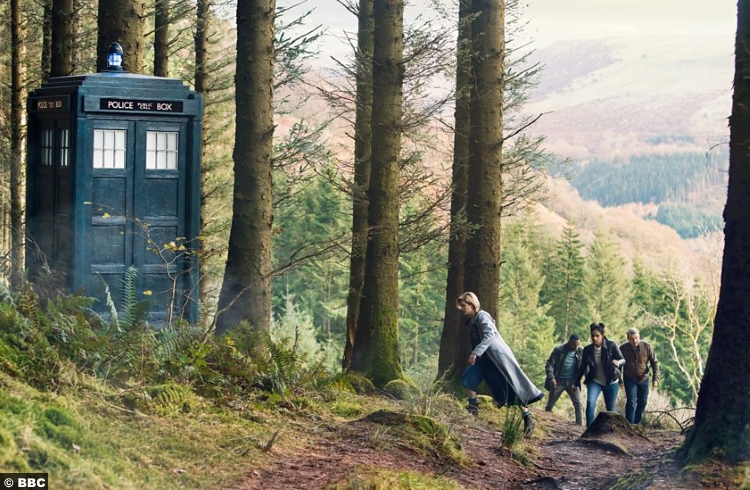 For all of its ambition and elegance, It Takes You Away is extremely elusive in terms of how it achieves this. We begin with Team Tardis enjoying some great fjord action as they land in present-day Norway only to find a boarded up house in the middle of nowhere. As mysteries go, this is a juicy one with the added wrinkle of a monstrous cry coming from the surrounding woods. As the team investigates the house they find a blind teenage girl named Hanne who has been told to hide from the monster by her father who has vanished. From the information we have thus far it would be normal to assume that we were getting a classic “cabin in the woods” horror story, that is until Graham and Ryan find a mirror where they cast no reflection.

Things get more complicated from here as the Doctor, after bravely or stupidly putting her head through the mirror, discovers that the mirror is a portal to another dimension. Taking Graham and Yaz, and leaving Ryan with Hanne, the Doctor enters the portal which consists of dark caves, a goblin who likes to barter, and flesh-eating moths. While the anti-zone is a proper left turn, it’s easy to think we are still in sci-fi horror territory with the assumption that the monster in the woods is a creature that has passed from said anti-zone into our world. Then Ryan finds the speakers. That’s right, just when you thought you knew what we were dealing with It Takes You Away throws another left turn. One thing is for sure, Hanne’s dad is a terrible parent. 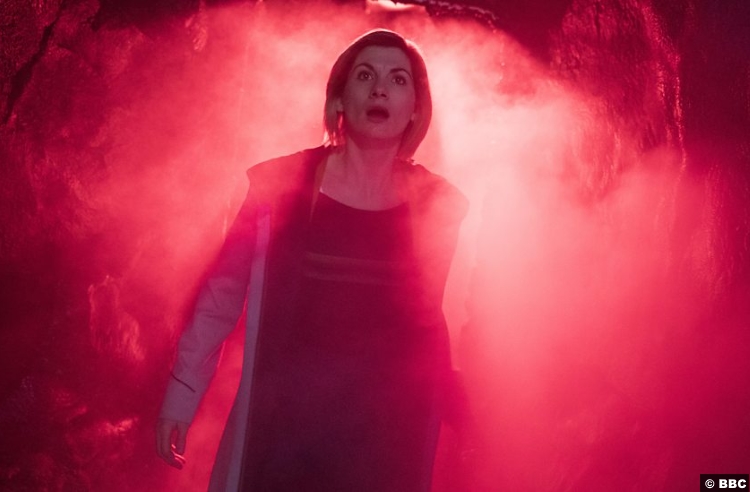 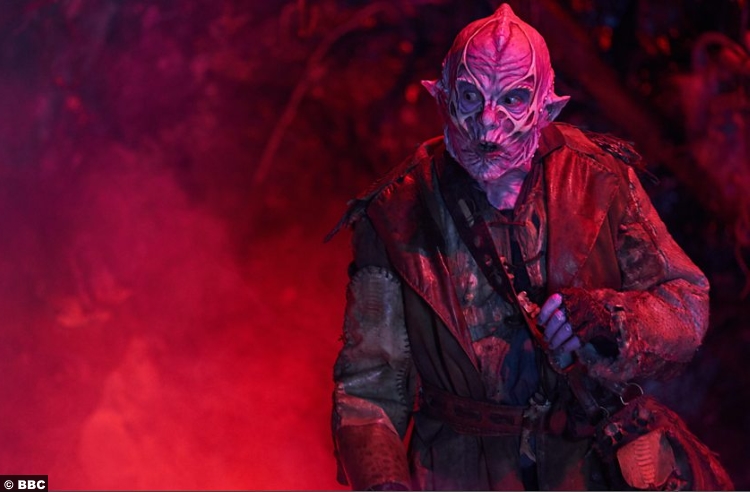 While the anti-zone is a cool idea, we find out that it was created as a way of keeping two dimensions separate from each other, it does prove to be the episodes biggest weakness. There are too many questions it poses, like why is Ribbons of the Seven Stomachs stuck there? why don’t the flesh-eating moth’s attack when literally everyone is running back to the first portal? Who put the lanterns there? In the end, these are minor quibbles as the meat of the episode is in the dimension the Doctor, Yaz, and Graham find themselves in.

While there is a plot reason for all of this, featuring the Doctor’s fifth Grandmother’s story about the Solitract, it’s how this entity lures them in that is the key to the episode’s success. We discover that Hanne’s dad has been here the whole time, kept here by the presence of Hanne’s dead mother. Joining her, in the episode’s big shock, is Grace. When Graham discovers Grace has to be one of the most emotional moments of this new series as Bradley Walsh swerves away from a big emotional display by quietly voicing Graham’s disbelief. It’s a brutal moment, one that’s reminiscent of when Jackie meets Pete from the parallel Earth world. Graham’s reaction is brilliant, and the nature of the Solitract is ingenious: what better way to attract friends than bringing back their dead loved ones. 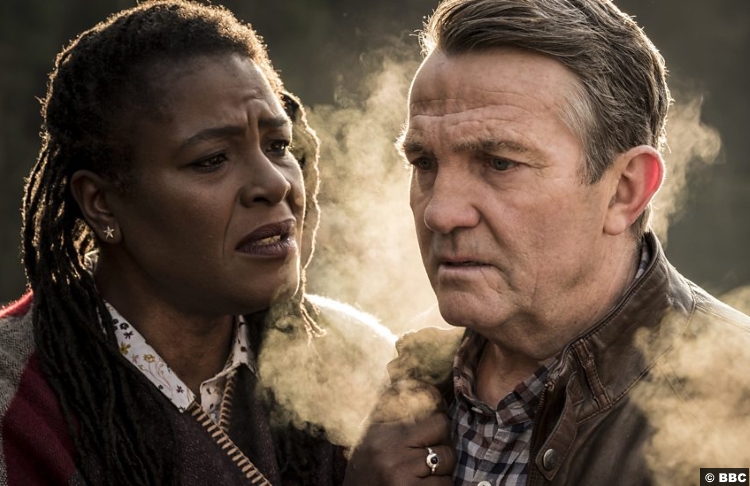 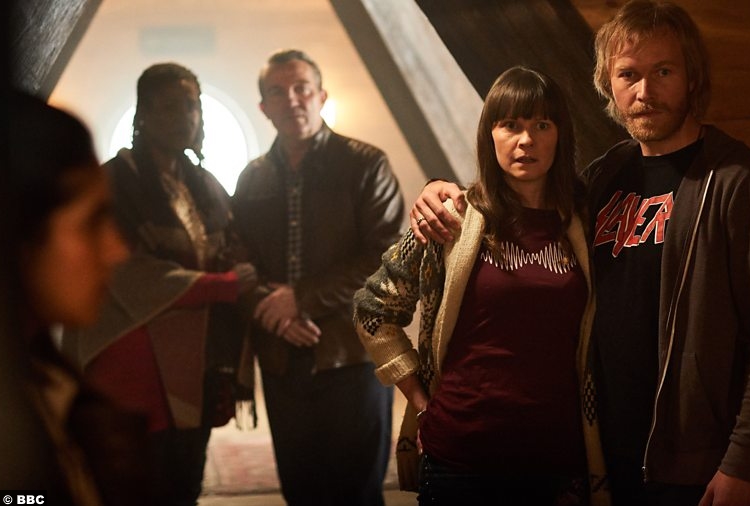 Yet, like a reflection in a mirror, Grace and Hanne’s mother are only echoes made from grief. We keep the people we lose with us through memory but the sad fact is that memory is only a fraction of who they were in life. Part of the grieving process is accepting this loss, moving forward with our lives but never forgetting what they meant to us. Graham does this because Ryan needs him, Hanne knows that this mother isn’t the one she lost, it’s only her father that has the most trouble letting go, but he does it because his daughter needs him. Then there’s some madness with a talking frog which hilariously features perhaps Jodie Whittaker’s best performance so far, and It Take You Away ends with Ryan and Graham fully connected.

9/10 – We come to Doctor Who for fun, for adventure, for escapism, but at its best, it gives us stories about emotional truth and a talking frog. I love this show.