You Should Be Watching: Banshee

Trying to talk about Banshee makes me sound like SNL’s Stefon. This show has everything: Ukrainian gangsters, Amish people, American Indians, neo-Nazis, small town life, and Job. And yet even with this motley crew, the show makes it work. That’s why you should be watching it, even though it’s in the middle of its last season. 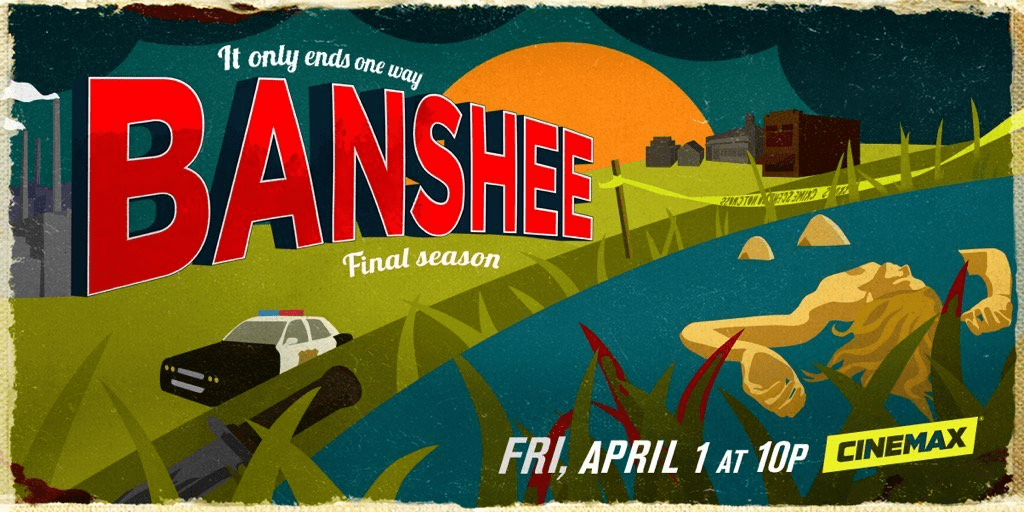 Banshee the show is named after Banshee the Pennsylvanian town, where Carrie Hopewell (Ivana Miličević) has settled into a quiet life as the local prosecutor’s wife. She’s all PTA and bake sales and you’d never guess that her real name is Anastasia and that she used to be more into jewel heists. It was one such heist that got her boyfriend (Antony Starr) doing a 15-year bid in prison while she got away, then later married and had children. At the start of the series, the boyfriend’s sentence is up and he’s made his way to Banshee to find her. Stopping by the local bar, he makes the acquaintance of Sugar (Frankie Faison), the bartender, and Lucas Hood, the new-in-town sheriff. When two ne’er-do-wells make trouble in the bar, Hood gets involved and is killed in the process. The other newcomer to town neutralizes the thugs and then without much contemplation, assumes the identity of Sheriff Hood, with no one but Sugar the wiser. [Note: When I refer to Lucas Hood from this point on, I will be referring to Antony Starr’s character.] 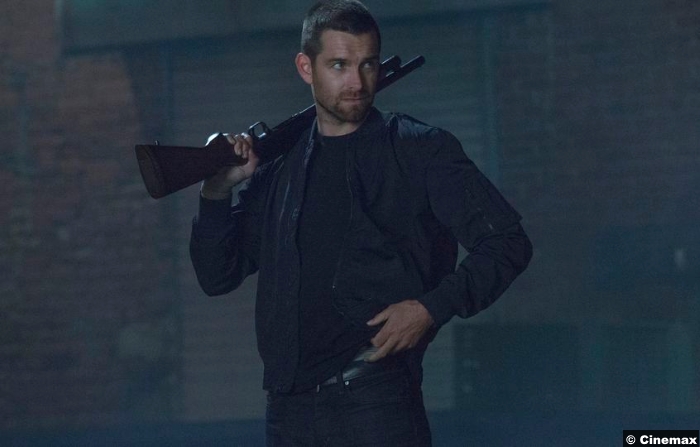 Banshee the town is quite lovely, a picturesque hamlet that appears to be a shining example of small town USA. Of course, that wouldn’t make a very interesting show, so it should come as no surprise that this beautiful flower has a serpent underneath it. And that serpent has a name. The town may be edged by an Amish community, looking quaint in their bonnets and buggies, but it’s one formerly of that number, Kai Proctor (Ulrich Thomsen), who’s responsible for a good deal of the crime in Banshee. One might even say he organizes it. Proctor runs his evil empire with the aid of Burton, the scariest man in a town that seems to attract scary men. At the start of the series, Proctor receives another convert to his cause: his niece Rebecca (Lili Simmons), who has just been, like her uncle before her, shunned. Rebecca is a lot like the town itself. On the surface, she’d been placid and devout, while sneaking out of the Amish community at night to carouse.

With Rebecca by his side and the townspeople of Banshee afraid of him, Proctor is in a powerful position. At least, until Lucas Hood comes along. He’s not afraid of Proctor and he doesn’t cotton to bullies. Hood and Proctor develop a strange relationship over the course of the show, which seems to be based both on animosity and a certain level of respect. This is part of the show’s running joke, about how Hood makes enemies everywhere. He’s just that kind of man. 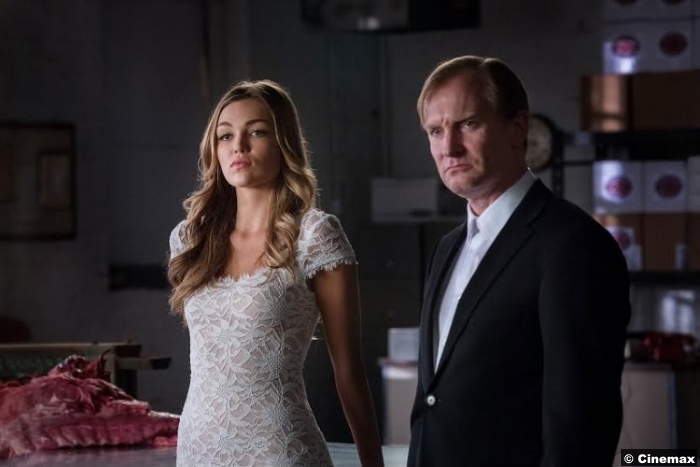 That’s not to say that he doesn’t have friends, though. There is Sugar and there is the marvelous Job (Hoon Lee), who is as singular as his name. And then there’s Carrie. Over the course of the series, her relationship with Hood will take many forms, with wariness at his appearance gradually turning into trusting him again. At the start of the series, they both still have to deal with the not small matter of the diamonds they stole from mobster Mr. Rabbit and more importantly, the wrath of Rabbit himself. This is all while hiding their real identities and Lucas having to police a town that’s caught in a tug-of-war between Proctor and residents of the Kinaho Reservation, who want to build a new casino. If all this sounds like a lot of spinning plates, it is. I can only begin to cover everything happening on the show. Banshee can feel like a town where one has to play whack-a-mole with the criminal element–once you banish the motorcycle club, here come the neo-Nazis. Got a handle on them? Well, here’s the rez gang, the Redbones, and they’re causing all manner of trouble. Yet with all of the spinning, they rarely drop a plate.

And they do it all while producing some of the most impressive action pieces on television, if not the most impressive. Vulture recently lamented that with James Cameron tied up for years–conceivably the rest of his career–with making Avatar sequels, we’ve lost a director who knows how to make coherent action sequences. Film critic Matthias Stork calls the modern style “chaos cinema.” Everything’s frenetic! There are quick cuts and shaky cams! You have no idea what’s going on! This kind of sequence can be done well–see the opening of Saving Private Ryan for a sterling example–but most of the time, especially on television, these scenes render themselves forgettable. But not so for Banshee. This season alone, they managed to make a foot chase exciting. And there’s a fight in season three that I still think about. I desperately want to talk about it, but I don’t want to spoil the surprise. Suffice it to say, though, that it’s violent.

Spectacularly violent. Operatically violent. That is the small but firm caveat I have for potential viewers. If you’re sensitive to violence, this might not be the show for you. If you know show co-creator Jonathan Tropper’s previous work, like This Is Where I Leave You, you might not be expecting the frequency and audacity of the violence on this show. This is your warning.

However, if you can handle it, you’re in for a treat. The show is in its final season now, choosing to bow out gracefully rather than run out of story. I have no idea how they’re going to wire everything together to get it to fire at the right time, but I fully expect the explosion. And you should, too.

[You can watch past episodes on Cinemax on demand, on MaxGo, and on streaming services like Amazon Prime. In the UK the show airs on Sky Atlantic and is available via Sky Boxsets]