REVIEW: The House with a Clock in its Walls is…good.

Jack Black has had quite a career playing essentially the same character in every movie. I think the only time he ever played a “non-Jack Black” role was when he was horribly miscast as Carl Denham…

What’s even more strange is how his career has been a roller coaster of hits and misses despite basically never changing. It’s been like a slot machine: There’s no pattern or strategy to it; it’s just random pull-the-lever and hope for a hit. Early on he had School of Rock, Nacho Libre and Kung Fu Panda, all hits. But then there was Year One and Gulliver’s Travels, bomb and bomb. He didn’t change, but the quality of movie around him dipped considerably.

Typically when a career starts hot and then slides, it usually fades into obscurity for a decade or two before some gritty comeback parts start rolling in. Think Burt Reynolds between Smokey and the Bandit and Boogie Nights. Black looked set to star in more and more middling-to-poor movies until we all just forgot about him.

But then there was Goosebumps.

It was the first of two movies he made recently that simply shouldn’t have worked, but did due to force of will. Goosebumps (with Black playing a fictionalized version of the great RL Stein) succeeded, in part, because you could tell everyone involved really thought they had a winner on their hands (and they did).

The previews looked like a cheap nostalgia cash-in with little to offer and with Jack Black looking like the weakest link. Instead, he ended up being one of the best parts of a movie that was remarkably better than it had any right to be. With that, Black’s back on a hot streak. 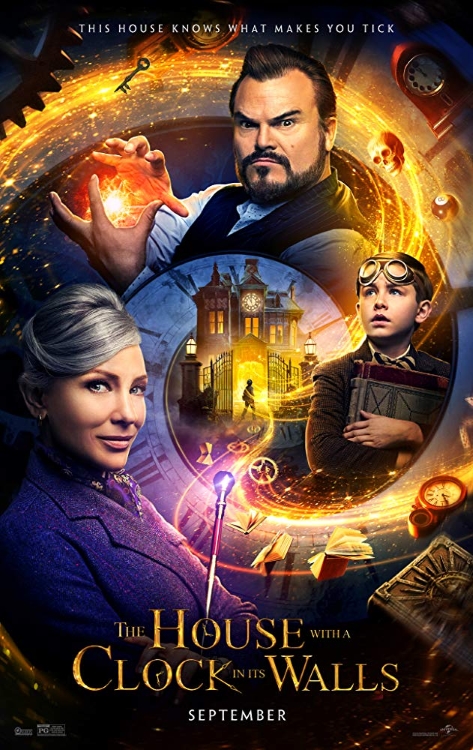 Now comes The House with a Clock in its Walls, an adaptation of the first book in the long-running but lightly-considered kids-fantasy series (the “Louis Barnavelt novels”). Previews for the movie, playing mostly to audiences who were unfamiliar with the source material, presented a film with a style and tone very reminiscent of Goosebumps. Jack Black being a star made perfect sense, therefore. Does it end up as pleasantly surprising? Does it continue Black’s hot streak?

The movie is good but not great. However, though it’s weaker than Goosebumps, it still manages to have fun with its premise, with its cast, and with its director. 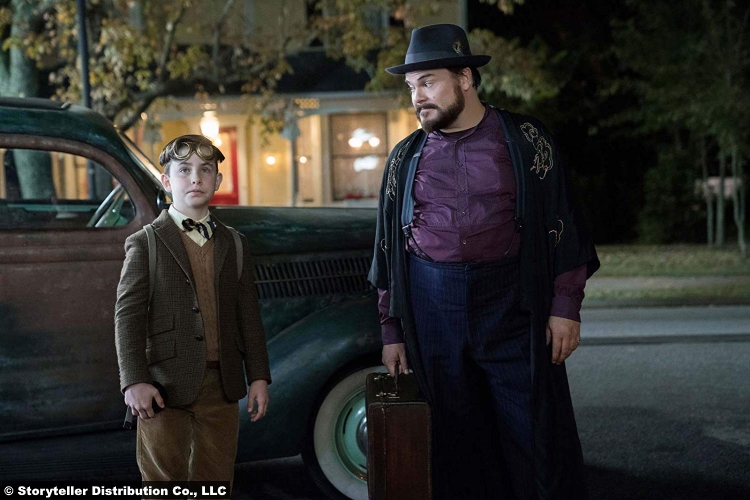 The premise of the film is of a suddenly-orphaned boy (as so many fantasy stories of the bygone era have) who moves in with his oddball uncle (Jack Black). As it turns out, the uncle is a “warlock” (a wizard) and lives in the house of a now-dead wizard who (1) went bad, (2) stuck a weird clock in the walls of the house, and (3) may or may not have been plotting the end of the world at the time of his death.

The simple story is almost humorously-so. This is fantasy on a much smaller scale than Lord of the Rings or Harry Potter. But that just means more of a focus is given to the small and simple plot and to its small cast of characters…

The trio that leads the film (Jack Black, Cate Blanchett, and youngster Owen Vaccaro) have great chemistry together. Without that, the movie would have sunk and stunk; instead, they shine. Black is on point with his trademark “subdued but ready to explode at any moment” brand of comedy. Vaccaro holds his own with the two older actors and, apart from a few hamfisted weepy scenes, never feels like a weak-link in the movie. Blanchett steals the show, however. At first glance, she’s stiff and proper, like a Minerva McGonagall-type, but as the story progresses and we learn more about her, she softens. Blanchett is obviously the best actor in the bunch but it can be hard to be a serious actor in a silly kids movie.  Not for her. Credit there should also be given to the director… 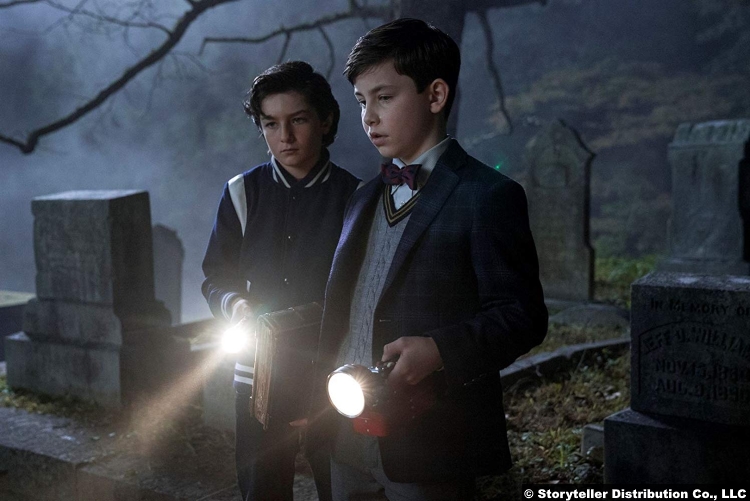 Eli Roth is best known for his horror movies, many of which feature the kind of gruesome imagery that would typically keep a director like that away from PG-Rated kids movies. Roth handles himself well, however. As a matter of fact, his eye for horror pays off more than a few times in the movie. Certain angles, shots, edits and—in one creepy scene—characters could only have come from someones whose creative juices were hardwired to gross you out and scare you all at once. 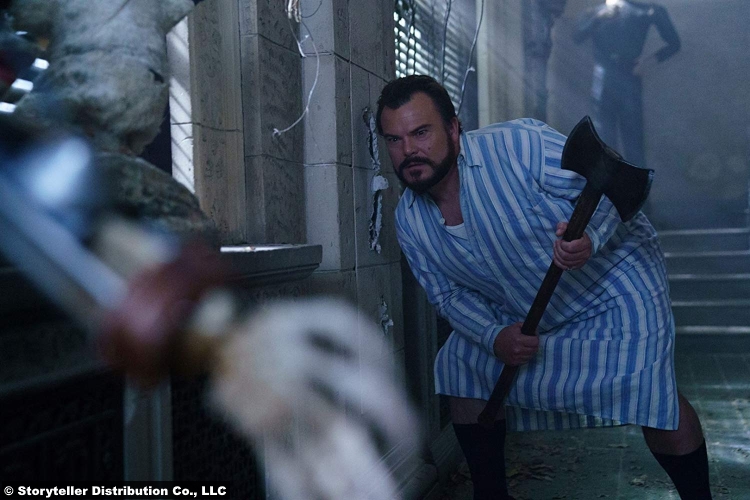 The House with a Clock in its Walls is not going to win any awards, but it works well as a small-budget, late-September release. The quaint setting is charming, the premise is solid, the actors mesh well together and the direction keeps the movie crisp and never dull. 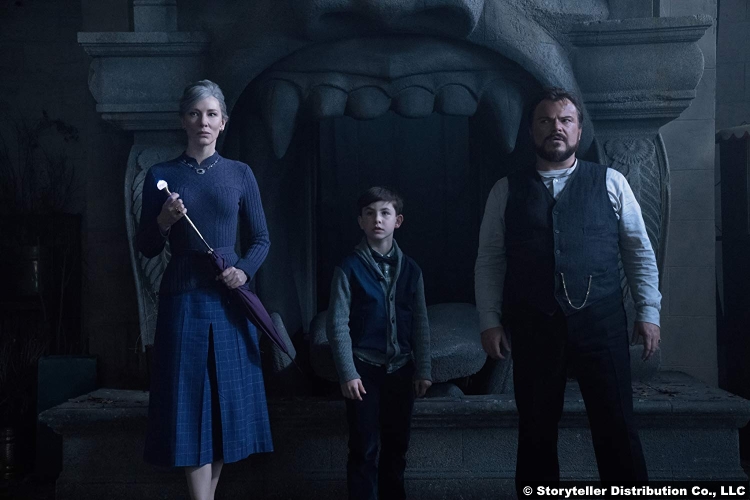 Warning for PG-parents: A few moments here and there can be nightmare fuel for kids under…let’s say ten.