Full confession: I walked into this movie totally expecting to dislike it. I don’t think I expected to “hate” it (the way I did Fantastic Four), but I certainly thought I would come back and write a review that spent most of its time complaining about how Jumanji already did this kind of movie better. Blah blah blah eating crow and all of that.

The fact is this movie is so good, I was stunned when it was over. Immediately I hopped over to imdb.com to see who directed it, who wrote it; I was looking for maybe some surprise name that would explain how surprisingly good it was. But all I found was that it was directed by the guy who did the abysmal Gulliver’s Travels (starring the abysmal in that movie Jack Black), and it was written (the screenplay at least) by the guy who wrote the most recent bad Shrek movie and the poorly-everything Jack the Giant Slayer. Other than that he’s best known for…Turbo? And is also penning the upcoming Shazam! movie, staring The Rock.

So a couple guys who had no business making a movie this good made the best live action kids movie in AGES. I still can’t believe it.

As always I sat down in the theater with my pen and notebook. I had the title of the movie and the words “PROS” and “CONS” hovering over each side of the paper. Halfway through the movie I put the pad down and gave up taking notes, in part because the movie has such a breakneck pace and also because I looked down to see I had one con and about a dozen pros. 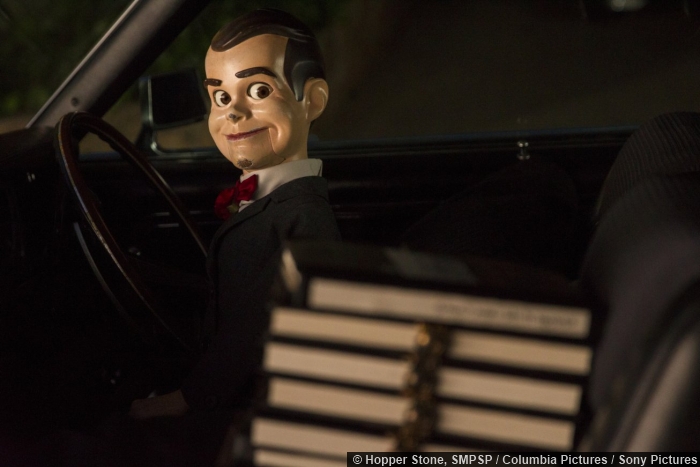 So what works in this movie?

To start with, it loves its source material. Despite the fact that the Goosebumps books peaked in popularity around the time I was starting high school (almost twenty years ago), the movie doesn’t laugh at the series; it laughs with it. Not one under-25 person in the theater I was at, had read a single Goosebumps book, but by the end of it, the movie had done such a fantastic job treating some of the more iconic books with tender love and care, those who hadn’t read them were eager to start. Too many movie adaptations in Hollywood seem offended by the source material; this movie basically crafted a 100 minute love letter to its source material. It was a welcome change of pace. 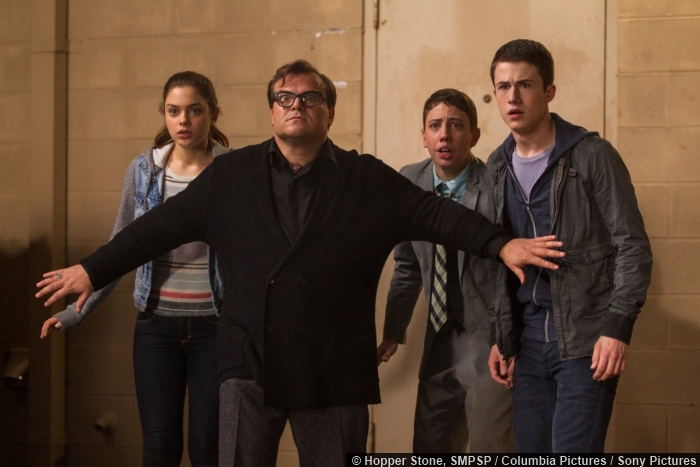 For another thing, it didn’t try adapting a single story, instead it broke the fourth wall from almost the opening scene. Sure the film might have worked as a franchise starter had they just adapted Revenge of the Living Dummy into a feature length picture. It might have made enough money to justify a sequel, maybe about The Werewolf of Fever Swamp. It could have turned into an annual October movie series, much like Paranormal Activity or Saw, but for kids. That might have worked, but it probably would have resulted in movies that fans of the original books criticized because adapting a kids book into a movie means a lot of stretching and adding to the story. The way this movie used its properties was ingenious. You get to experience the menace of Slappy the Dummy, the playful terror of the Abominable Snowman and the real scares of the Werewolf. You get to see what made them great in the books in a setting removed entirely from the books. It’s hard to explain, but it works.

Also, and this can’t be overstated: It was genuinely funny. I am a tough critic when it comes to humor in movies. Too many times the jokes are too cheesy, too hammy. too on the nose. Here the humor was sharp, sarcastic and offered up at a fast pace so the movie never lets you dwell on one before its ready to toss out another. The character of Champ in particular looked ripe for groan-inducing one-liners, but instead perfectly balances being the butt of the jokes and the source of some of the movie’s best lines. Jack Black’s take on RL Stein has one or two miss-fired jokes, but he never goes too over the top and manages to get in a few good ones as well. Overall I laughed more with this children’s movie than I have any since The LEGO Movie, and while this movie isn’t quite up to that film’s standard of excellence, it’s high praise just to be mentioned alongside that film. 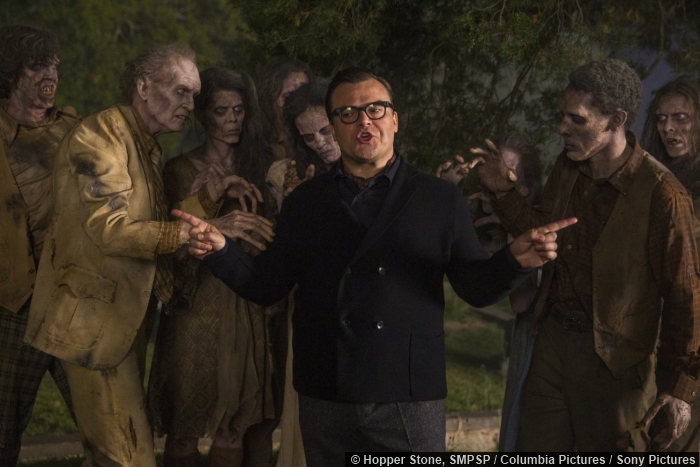 When the previews for the movie were released I, like many, thought that the tone they were going for was Jumanji. That was a film perfect for the same age as those who read Goosebumps. It had a crazy kid-centric adventure, with genuine laughs and scares peppered throughout. It seemed like the time was right for Hollywood to remake that classic of my generation, but instead it looked as though they settled on making this as a kind of spiritual sequel. I whole-heartedly support that decision, assuming that was on the mind of the studio. There were moments when I felt the same kind of manic-magic that Jumanji conjured up in ten year old me, but after it was over I couldn’t help but feel the 1995 classic was still tops over Goosebumps.

So no I don’t think this movie is the next Jumanji the way a lot of media reported it early on. No movie can be. For my generation that movie was lightning in a bottle. It was the perfect blend of laughs and thrills, with a wonderful premise, some great Robin Williams work and enough surprises and (very early) special effects to make a 10 year old squeal. Goosebumps could never replace Jumanji for me as the ultimate “old child” thrill ride; there’s too much nostalgia to overcome. And that’s okay; it doesn’t have to replace Jumanji for me.

It can become Jumanji for my kids’ generation though. And that’s alright by me.

9/10 – Surprisingly great is still great. See it in theaters with kids who are okay with minor—but loud—scares.