REVIEW: Ready Player One is Willy Wonka and the Nostalgia Factory

Ready Player One is pure nostalgia, injected directly into your veins, pumping all the 80’s magic your body can take until it’s oozing out of your eyes, nostrils, pours and other unmentionable orifices. On the other hand, if you take away the references—designed to elicit squees from hardcore geeks, zealous nerds, and pop-culture pretenders—what are you left with? Ready Player One would be a basic (to a fault) rat race adventure movie-slash-love story between teenagers.

But don’t do that. Don’t take the nostalgia away.

You can’t do that. 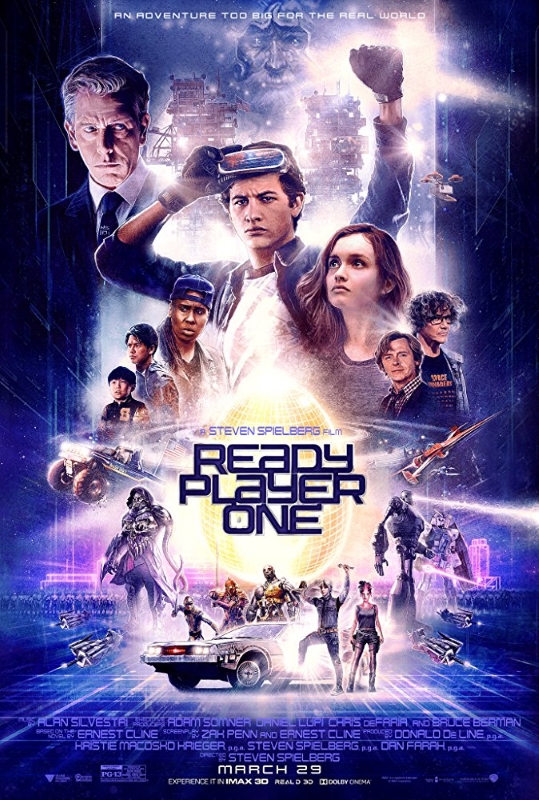 In the same way, you can’t say “take away the organized crime and The Godfather isn’t really about much, is it?” or “take away all the time travel and Back to the Future sort of collapses, doesn’t it?” What kind of stupid non-logic is that?

If you want to criticize Ready Player One for having some wooden acting, fine. That’s fair game.

If you want to knock it for being yet another 2.5 hour movie that would have been better served in the bygone era of 90 minute, tight, fast blockbusters, then you’re welcome to. It’s a legit argument.

And especially if you want to raise issue with the story at the heart of the plot, go right ahead. I will take serious issue with it in a moment.

But if you’re going to walk away from the movie, with your nose turned up and your lip in a curl and say “it’s nothing but a bunch of references to stuff 80’s (and 90’s) kids were into” well I’m sorry but that’s just silly.

Of course it’s a bunch of 80’s nostalgia bait. That’s not a secret. That’s the whole premise. It sells itself on that and that alone:

You see Iron Giant, Battletoads, and the Delorian? That’s not an accident. Just hearing Alan Silvestri’s five-note Back to the Future motif gives me chills…which is exactly the intended result.

That’s this movie: 2.5 hours of “Back to the Future five-note motifs” (not literally; though it does happen once and it’s magical) and the chills they produce. So if that’s not your bag then this movie isn’t for you. It’s a slight film, paper thin in its plot, designed more to make you feel than think, draw back to nostalgia than walk away having learned or grown as a person. In that sense, it’s one of the best-realized “video game” movies ever made (along with Scott Pilgrim vs. The World, Wreck-it-Ralph and Kubo and the Two Strings).

Does it work for what it sets out to do? Absolutely, it just doesn’t set out do to very much. 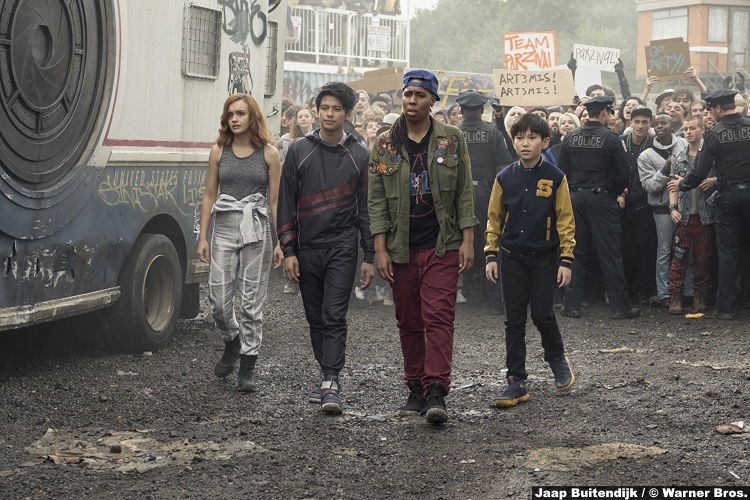 If this movie was to live or die by its story oh man would it fail and hard, but the story is secondary. The first big action sequence here (a car race to end all car races) happens without the stakes even properly established and yet it’s riveting because it’s brilliantly staged and loaded with references to fun things (King Kong, Jurassic Park and Adam West’s Batman to name a few). You can call that cheap, or you can say it’s hiding its weaknesses behind the veneer of other—greater—works. You can say the movie is just piggybacking off of better successes to mask it’s own inability to succeed without it. You can be a wet blanket cynic, sure, but why?

This is a glorified amusement park ride, overseen by the man—Steven Spielberg—who basically invented the “cinematic thrill ride.” Take it for what it is and if you’re predisposed to like it, you will. 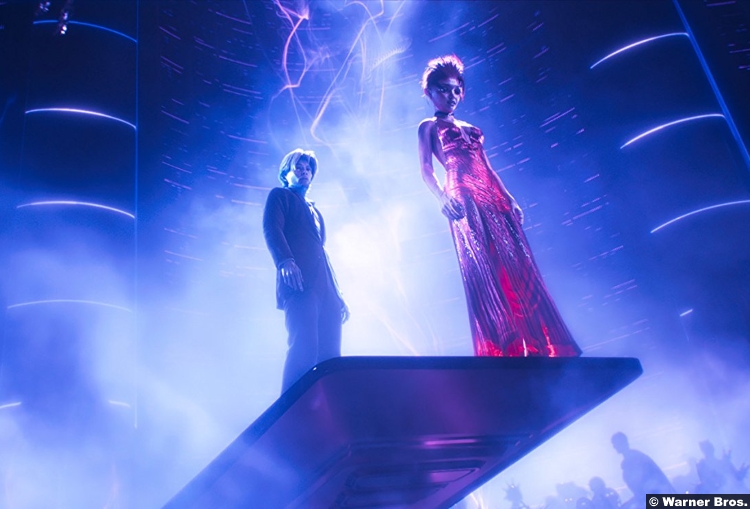 Is it perfect? No, and there is one issue I must address.

The story is basically a twisted take on Willy Wonka. There’s an eccentric inventor, a collection of would-be benefactors, and an adventure of whimsy and terror, whittling the party down to one—worthy—winner. There’s even a contract signing head-fake.

Spielberg even sought Gene Wilder for the role of the inventor (he declined and then passed away soon after, sadly).

The plot—such as it is—is centered around the creator of this virtual reality world planting an easter egg somewhere in the world. The one who finds it (by completing special tasks and acquiring three special keys) will unlock control of the world/company (since the owner has just died). Here’s the problem: The owner is supposed to come off as a lovable introvert programmer who can’t connect with the real world so he creates a fake one, but the lesson he tries to teach with his easter egg hunt (played entirely in the game) is that what’s real is what matters. Not to mention the fact that the way items are regularly acquired in the VR world is with real money.

Let’s not even get into the recent drama with “pay to win” schemes ruining modern video games. 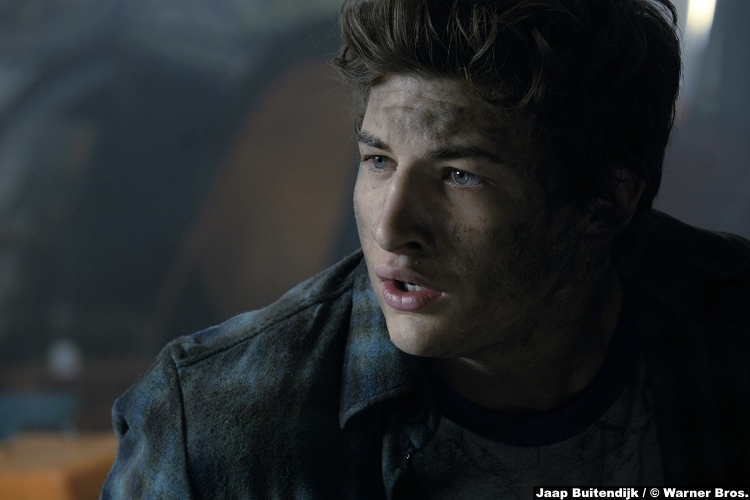 In addition, there’s the fact that the real world has become an overpopulated mess and our main-character lives in a single wide that is itself stacked on top of five other single-wides. People spend their life savings to buy video game upgrades, all while the owner (while he was still alive) hoarded a literal trillion dollars and seemingly did nothing with it to help the people adversely affected by playing his game. There’s even a flashback-like scene where the creator of the VR world is pitched the idea of having tiers based on membership levels; that would level a lot of the competition in the VR world and might have mitigated the all or nothing problem people developed around it (one person blows their entire house payment just to try and buy an upgrade).

In the end, the movie calls for a change from the “all that matters is the VR world” mentality, but that doesn’t change the fact that the core thrust of the film is the antithesis of that. I dunno…it rubbed me the wrong way.

8/10 – Ready Player One is an old school Spielberg romp, painted with a nostalgic veneer that effectively hides its thin (and flawed) story…and yet, it’s too fun to hate if you’re the target demo.

And I didn’t even mention a visit to The Shining, which is easily the movie’s most exhilarating sequence.