My first reaction to the ending of this episode and the season was: O’okay. Despite seemingly explaining (almost) everything last week, this week the show appears to upend everything we thought we knew.

And it does that with an economy of plot, in that not much actually happens in this episode. First, after her obviously world-shaking conversation with the Kid, Molly finds Ruth on the bridge. Ruth tells her that they’ve been there before, had this conversation before, but somehow Molly manages to break the cycle and get her down. 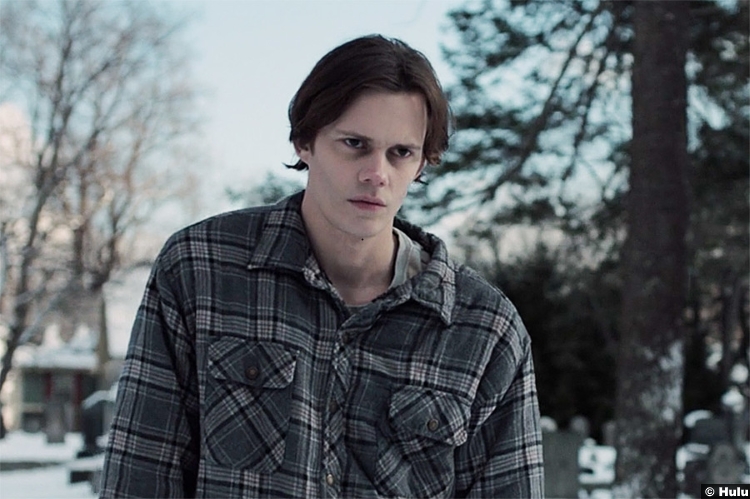 Molly takes her home, where Henry soon arrives. Wanting him to help the Kid, Molly tells Henry about her conversation with him and how he wants Henry to meet him in the cemetery. Before he can even make a decision, though, Henry is arrested for Odin’s murder–his DNA is all over the scene–and he tips the police off to the Kid’s whereabouts. Somewhere in all this, we see a flashback to what really happened before Henry went missing. Matthew quoted Romans (“For the wages of sin is death”), and made clear his plan to kill Ruth as punishment for her sins (loving Alan). So Henry pushed him off the overlook. Okay, that I’ll buy.

Meanwhile, Shawshank is shutting down. One of the employees is sad about the closing of the venerable institution, but why? That place was awful. Anyway, the prisoners are being transferred to other facilities and Warden Porter is out of a job.

Later, perhaps because the Kid carved her image out of soap, she walks in front of a Department of Corrections bus. The prisoners onboard, who were coming from Shawshank, are temporarily housed in a cell at the Castle Rock department. That means Henry and the Kid have to be put in a cell together.

The prisoners from Shawshank recognize the Kid immediately, whom they call “Nic Cage.” They start taunting him, and I believe that any hope of Henry helping him starts to dry up at that moment. Well, not that moment specifically, but the moment right after it, when the air changes almost imperceptibly around the Kid and the Shawshank prisoners turn on each other and the guards. 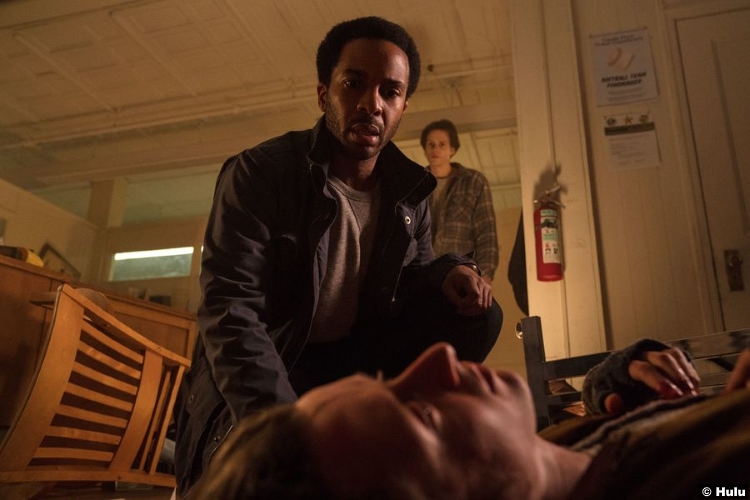 In the ensuing chaos, which leaves everyone but Henry and the Kid dead, they escape. Willie, who had reported Henry as Odin’s murderer and who is currently dying on the floor, warns him not to go to the woods.

But y’all know Henry. He can’t help himself. So he treks out there with the Kid, because the Kid maintains this is the only way he can get back home. But then once they’re out there, there’s that imperceptible change of air again. Oh no, wait–they touch and the Kid’s face turns into an old grizzled…I want to say goblin? Groot but evil? I think it’s supposed to be the specter of Matthew Deaver, but I call it like I see it.

As Henry himself said at the beginning of the episode, what amount of doubt is reasonable? I’m not sure we come to an answer to that by the end of the episode, but I know once people’s faces start shifting, I’d probably start doubting.

Here, the show then cheats a bit and fast-forwards us a year in the future. Henry’s still living in Castle Rock, where Wendell is a regular visitor. They play Ruth’s old chess set. Ruth herself passed away a few months after we last saw everyone.

Molly’s moved down to Florida, where she still sells real estate and where she’s closer to her grandma. She seems okay. And Jackie, having become the murderer she probably always knew she could be, is working on a book called Overlooked. She will be going west to check out the titular hotel where her uncle went mad, by the way. 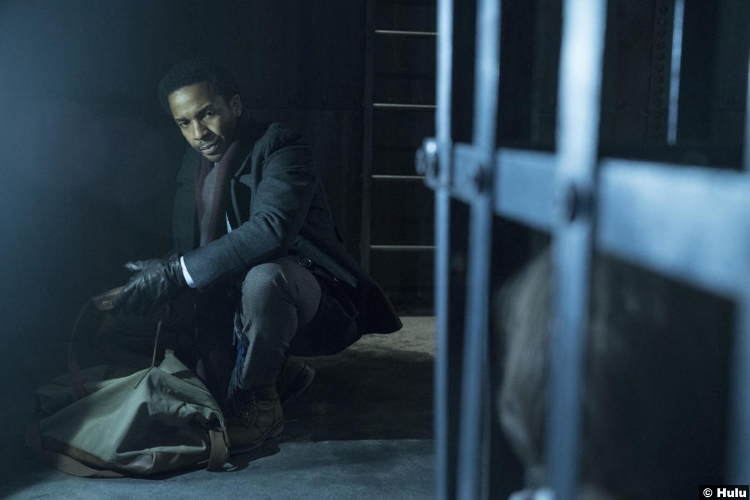 And when Henry’s not entertaining his son or representing clients with much less to lose than his previous ones, he’s the Kid’s new warden. He’s put him back in the cage at Shawshank. He’d better be careful, though. Shawshank wardens don’t tend to have good luck.

7/10 – Ohhhkay. The stinger after Henry leaves–the Kid’s malevolent smile–would seem to imply that the Kid is evil. But I just don’t know. I have reasonable doubts. And while it’s always fun to debate things–and please, feel free to have at it in the comments–to me, it feels like the show flinched when it came to making a solid ending. But overall, the season was quite good. It had some very high highs and very few actual lows. I just wish it could have stuck that landing.