The search for truth is a noble quest, but it doesn’t come without risks. No matter how much you think you want to get to the bottom of something, you may not like the final outcome or even the answers you find along the way. That’s what Henry’s finding out now as he digs deeper into his past–it seems like his quest is going to lead only to heartbreak and he knows it, but he can’t help himself. 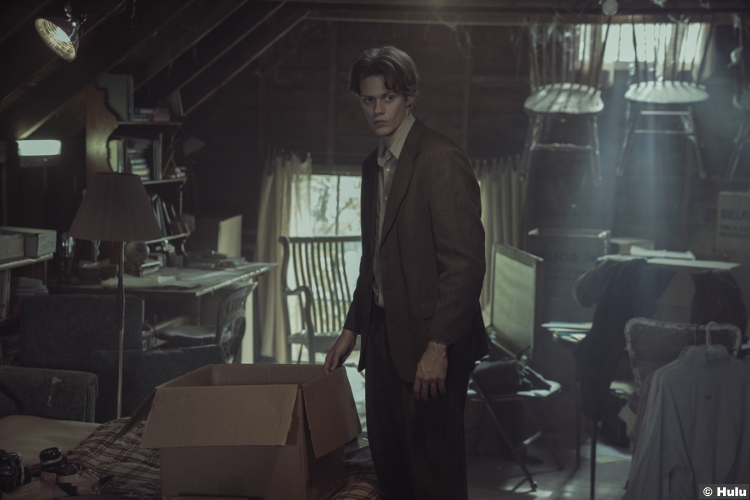 Having run into dead ends so far in investigating his own disappearance, he turns toward a related mystery: his father. The kid dug up some old home movies of Henry and Matthew in the woods, where Matthew asks, “Do you hear it, son?” This, of course, is a call-back to what the kid asked Henry in their first real conversation: “Do you hear it now?” Henry will spend this week trying to identify what it–ahem, not It–is.

He starts by asking the usual suspects, his mom and Molly. He asks Ruth what he and Matthew used to go into the woods for. She’s like, “You know, woods stuff. Camping, etc.” It’s not always easy to tell when she’s sundowning and we don’t know her well enough to know if she’s telling the truth, but it seems believable enough. Or at least, it seems like that’s the extent of her knowledge regarding the trips. 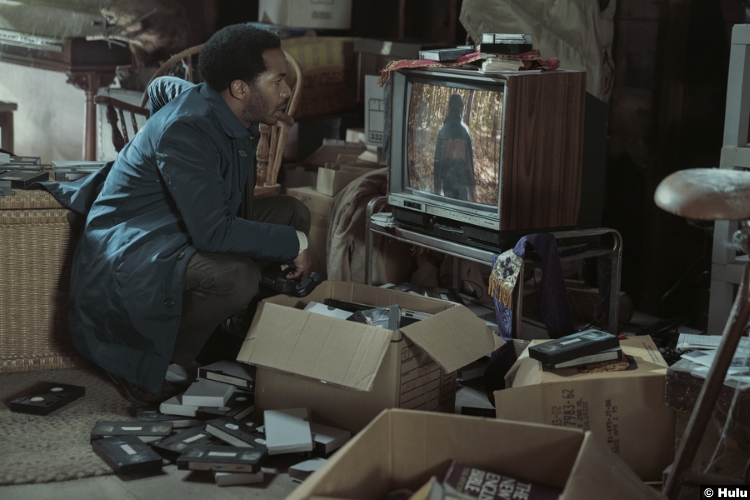 Henry also tries asking Molly, an experience that is a disaster from beginning to end. She tells him that when he went missing, she could feel his emotions about it. He was afraid at first, but then he felt relief. I’m a little confused on the timeline here–when Matthew was injured, was that the night Henry went missing? As in, did Henry feel relief because his dad was injured? Y’all show me your evidence walls and let me know.

Anyway, Molly decides that hey, since we’re bonding, why don’t I tell you that it was me, in fact, who murdered your father? If it makes you feel better, I felt like we were doing it together. It does not make Henry feel better. He tells her she’s crazy and skedaddles. 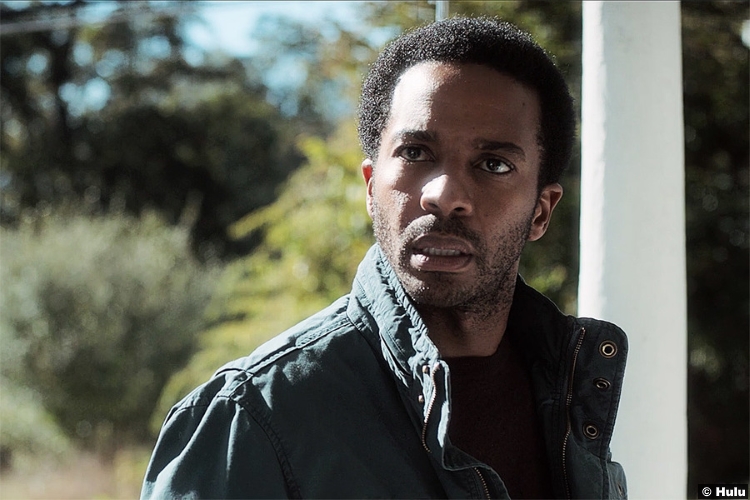 By this point, the kid has been safely ensconced at Juniper Hill, which finally had a free bed. Like five minutes later, in the background, we hear that a fire has broken out at the hospital and several patients have escaped. I’ll give you three guesses (and the first two don’t count) as to whether the kid is one of them.

Speaking of kids, Henry’s son Wendell (Chosen Jacobs, aka Mike in the 2017 It) is in town to visit. It’s pretty clear that Henry himself has been a lackluster father, so it’s unclear why he has Wendell come visit, especially when he immediately dumps him on Ruth so he can go explore the woods. The scenes with Wendell and Ruth do give us a detail about Ruth’s mental state when she’s lucid, though: she uses the chess pieces from the set Alan gave her to mark the present. If she finds one in a room, then it reminds her she’s in the now and not in the past.

At first, this detail might seem self-contained to Ruth’s illness, but it’s really a gentle introduction to the idea of other times and other places. This is an idea that will be reinforced by Henry’s sojourn into the woods. Earlier in the episode, during his father’s reburial, he’d seen two men hovering on the fringes of the graveyard. He will find them again in the woods. They are Odin Branch (CJ Jones), who is deaf, and his interpreter Willie (Rory Culkin). They claim that Odin knew Matthew, as they had similar interests. You know, things like hiking, philosophy, and listening for the voice of God–typical stuff. That last thing was what Matthew called the sound that he heard. Odin has since deemed it the “schisma” and he describes it as the sound of the universe–maybe even the sound of multiple ‘verses, since the word schisma means “split” and is usually used as a musical term for the interval between notes. 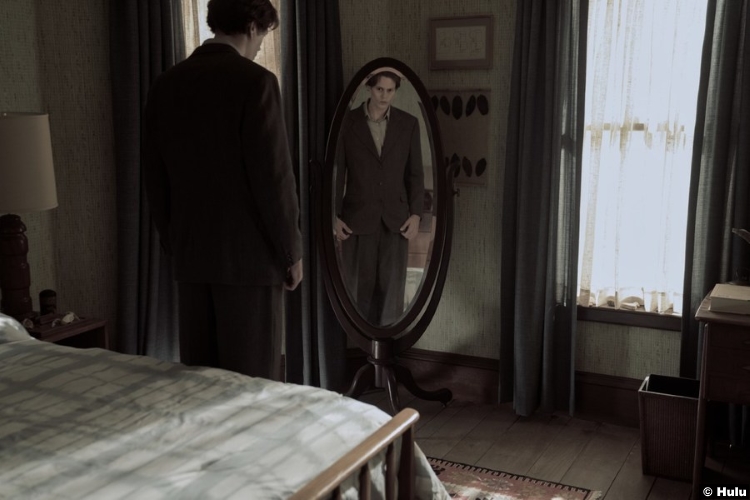 Matthew had drawn up the plans for a device he called a “filter,” so that seekers could shut out the world and its vulgar noises and concentrate on hearing the schisma. He never got the chance to build the thing, so Odin did it for him. By the way, Odin also deafened himself–made himself perfect, in his words–so he could hear the schisma better. And they’re going to do the same to Willie. So, does Henry wanna see the filter or not?

At this point, because I’m a lady who did not grow up in small-town Maine but in the violent South, all my personal alarms started going off like Kill Bill sirens. DO NOT GO TO A SECOND LOCATION. Henry, on the other hand, is letting his need to find the truth drown out his instincts, I guess. He follows the two to their RV, where the filter turns out to be a soundproof room in the back. Almost as soon as I can get out the words “Henry, don’t you get in that man’s closet,” he’s locked in there with his sounds and his visions.

Let’s hope Molly’s empathy can penetrate those walls, because Henry can’t count on help from home. Alan returns from the errand the kid sent him on–retrieving Warden Lacy’s car–to find no one at the home but the kid. The house is in disarray, the kid is bloody, and he has just one thing to say: “Why did you leave me in that trunk, Sheriff?”

8/10 – Despite the fact that Henry makes decisions like he’s as sharp as a sack of wet mice this week, we did get a bit more insight into what in tarnation is going on in this town. There have been some rumblings that the alternate times/alternate worlds thing might be an easter egg or a full-on tie to The Dark Tower series, but that’s one of my King blind spots, so I can’t speak to that. What I can speak to is the disruptive effect the kid has. Is he the reason for the schism? And who is he, really? There were times, like when he was wandering around in Matthew’s suit that I thought he might be Matthew, unstuck in time, but I’m also leaning toward the Deavers’ lost baby. Otherwise, why mention it?

If you’d like a palate cleanser after watching Castle Rock this week, I recommend To All the Boys I’ve Loved Before. It’s a fluffy, heart-warming teenage romcom and it’s streaming on Netflix now.