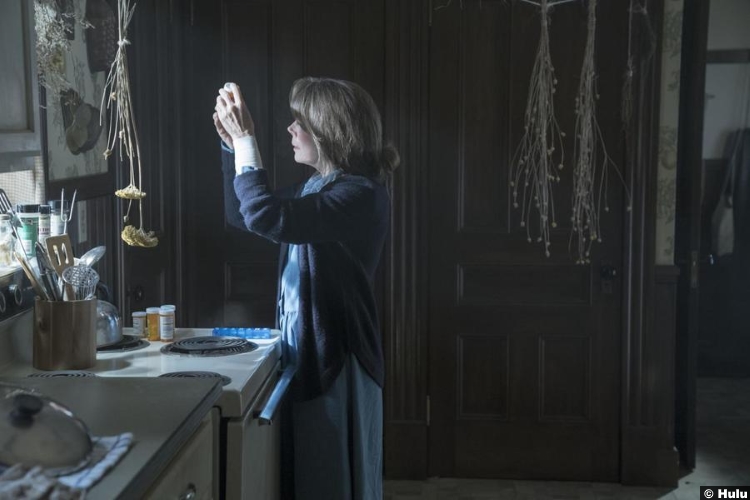 With Henry locked in the filter, the entirety of the episode is devoted to Ruth and what she’s been up to while we’ve been following everyone else around. And it turns out that the answer is: way more than we noticed. For example, some of the times when we’ve seen her seemingly emerge from a mental fog, she was just enjoying (or not) a trip into the past.

Through these trips (where sometimes Ruth is played by Spacek’s real-life daughter Schuyler Fisk), we learn a lot more about her and her life with Matthew. How do I put this in a serious reviewer kind of way? Oh, I know. That guy sucks. Not only did he (probably) poison Henry’s dog, but he was maniacal about taking Henry out to the woods to hear the schisma. That relief (when Matthew fell) Molly sensed feels right in retrospect. 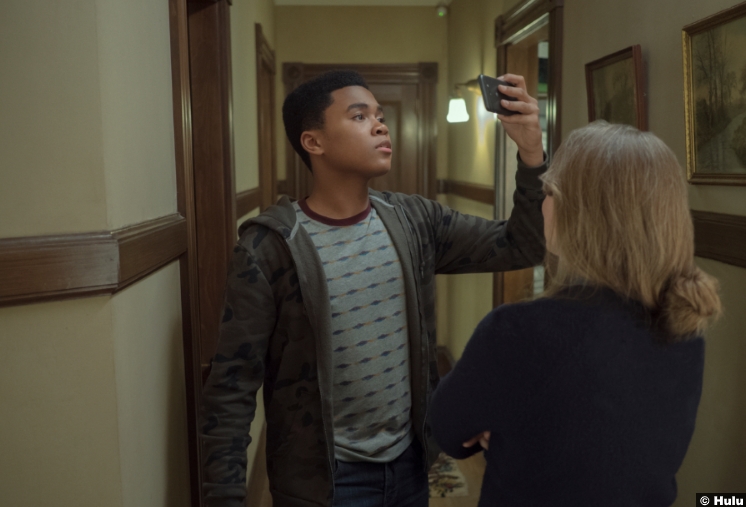 But while we do learn these things about Ruth, the bulk of the episode is devoted to letting us experience what life is like for her–what it’s like to live with dementia. It’s like she’s in Wonderland. She walks through life never knowing what memory is going to pop up next, what rabbit hole she’s going to plunge through. Some of the memories–like those with young Alan or with Henry as a boy–are kind of nice. But Matthew is almost always there, waiting to darken the fringes.

She wanted to leave him, but she never could. And then finally, he left himself, helped along by Molly. (Ruth knows about that, by the way, and assures Molly she did what had to be done.) Now that the kid is in her home, wearing Matthew’s clothes, Ruth thinks that her unstable husband has come back. And after playing an AR game with Wendell, she believes that the only solution is to kill Matthew again. 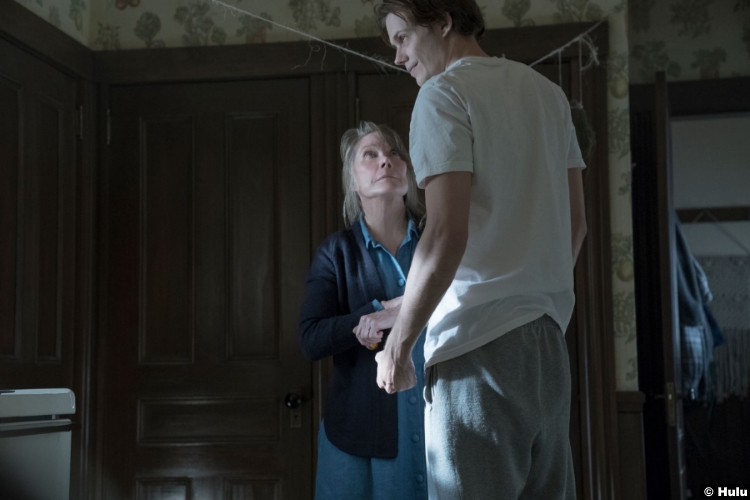 After sending Wendell out, she plays along with the kid, dancing to “Blue Moon” on the record player and having a meal. But she resists his attempt to sedate her and instead, hides in the bathtub, where she stabs him with a screwdriver. She has a gun in the house, but she can’t remember what happened to the bullets.

Finally remembering that she packed them in her suitcase, she retrieves them and holes up in the garage. When the door opens, she doesn’t hesitate. She fires. And we know before she does that she didn’t hit anyone but Alan. Protecting her until the end, he dies without a hint that he’s in pain. 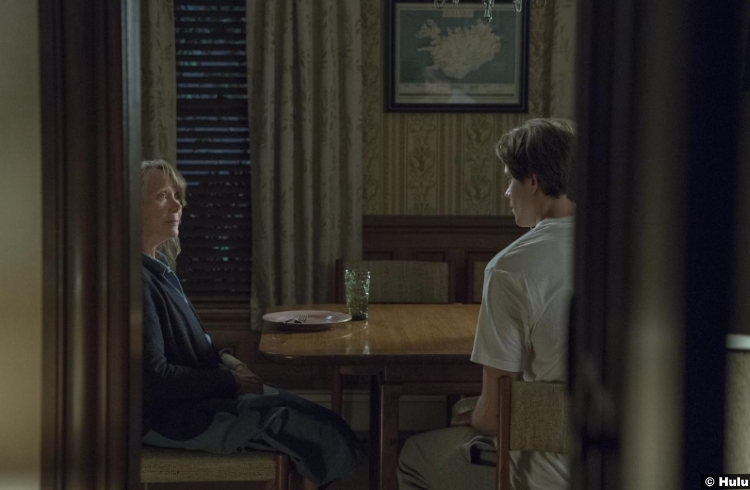 She curls up with him and falls back into another memory when he’d returned to town and someone called him to report gunshots at her house. She tells him, “Don’t leave.” Is she in a time loop? Were the gunshots reported to Alan his own death? It’s not exactly clear at this point, but we know it’s now. There are two chess pieces in this room. One is standing and the other? The old king is dead; long live the king.

10/10 – While not traditional psychological horror, this episode is a master class in the horror of not being able to trust your own mind. This episode was complicated and may have been hard to follow at some points, but that kind of was the point. In immersing in Ruth’s world, we are able to experience life as she does. Up until now, it might have been easy to dismiss Ruth, because her story might not have seemed as important as Henry’s or the kids. But it is her story that informs both. This is not just the best episode of this show or this season; it’s one of the best TV episodes all year. And while a large part of that is due to the writing, we cannot discount Sissy Spacek, who earned an Emmy nomination this week.

P.S.: “I’m smaller than a teacup”–my “the kid is the Deaver baby” theory lives on!