Despite whatever has happened to Henry in Castle Rock, he’s not afraid to delve into the past. If he were, he wouldn’t return on the wafer-thin premise of a client he wasn’t even sure existed. But for some people, like Henry, there are dark things waiting there in the past.

Still, he can’t help but be drawn to them. So that’s why, when he starts out doing microfiche research into the prison and the kid, he inevitably reads about another kid–himself. He finds out that a local man, Vincent Desjardins, was a person of interest in Henry’s disappearance. If Henry ever knew this, he’d forgotten it. So he looks him up. 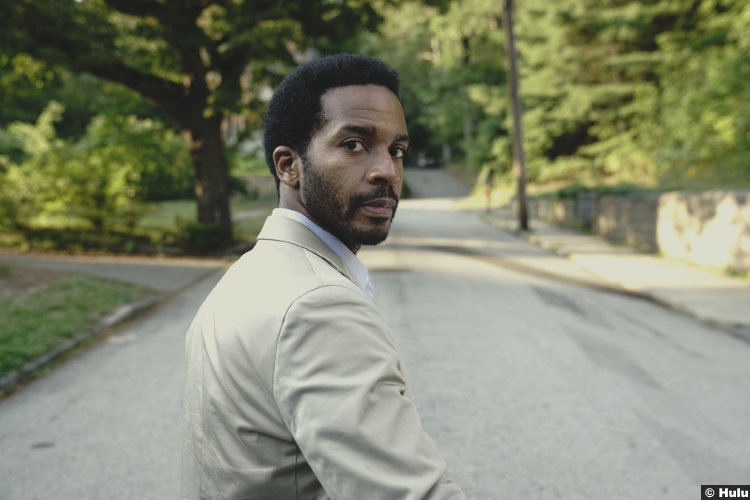 Vincent is dead now, but his brother Josef (David Selby) is still hanging around his old place, which is as derelict as Henry’s memories. Henry’s encounter with him is so strange that I’d think he dreamed it if he didn’t come away with something real. Why does this man have Henry’s police file? What is the enclosure in the yard with a food bowl and a utensil? Only one of those questions is answered in any way, but while I think the Desjardins family are good ol’ homegrown milkfed freaks, I don’t think this is the key to Henry’s mystery.

You can’t blame him for grasping, though, because it’s not like he’s getting satisfactory answers from anywhere else. His mom bulldozes over his attempt to talk about those lost 11 days by ultimately getting angry at his plan to move her closer to him. Alan tells him Matthew said, “Henry did it,” when they found Matthew injured in the woods. We know, of course, that Molly ended Matthew’s life, but there’s still so much haze in Henry’s memories. He could have initially hurt his father. 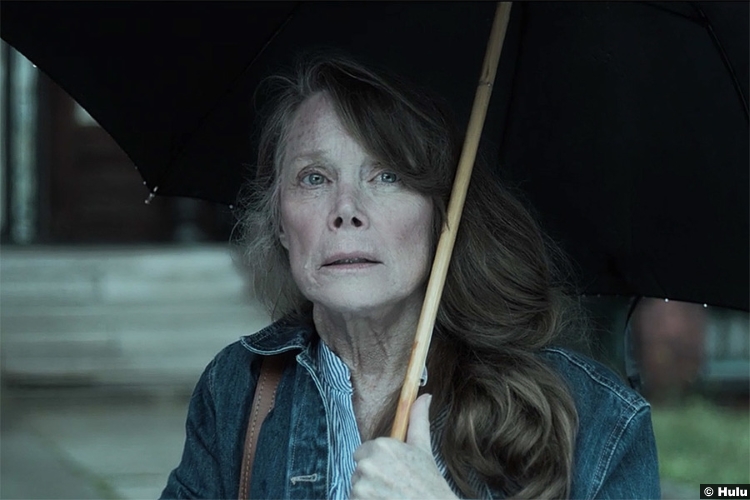 Henry doesn’t know what we know, though, so the thought that he may have, in fact, been responsible for his father’s death is more than a little unsettling for him. Instead of his gung-ho charge-ahead plan to storm the gates and free the kid and right the wrongs, he decides to fold. He tells Zalewski that his help won’t be needed–they’ll take the settlement and it’ll all just melt away, like so much Maine snow.

Zalewski cannot abide this. Through his eyes, we see the terrible world of Shawshank, which has not gotten any better since we saw it last (in the movie). The guards are abusive and the prisoners live in filth. And it trickles from the top down. Reeves comes to the kid with stories of how he and his fellow soldiers tortured a prisoner in Iraq who wouldn’t tell them his name. It’s supposed to be disturbing because he’s trying to rattle the kid, but it doesn’t work out like Reeves plans. Instead of being shaken, the kid quotes Revelation 19 at him (“He has a name written on Him which no one knows except Himself. He is clothed with a robe dipped in blood, and His name is called The Word of God.”) and scares Reeves out of his cell.

The episode is called “The Box,” but does that refer to one individual box or each box that we encounter? There are so many. There’s the cage Henry sees in his dreams, the cage the kid was kept in, the box in the Desjardins backyard, the kid’s cell, Matthew’s coffin. And there is also Zalewski’s box.

He has been pinning his hopes on Henry’s lawsuit. You can see how his work is getting to him, how agitated he gets when the gates lock behind him and he’s trapped in the box that is the prison. He might have been able to go on for a while at a soul-crushing job–plenty of people do–but his fatal mistake might have been his kindness. He’s not cut out for the prison, at least not the way it’s being run now. It’s hard for him to pretend that the abuse isn’t happening, to ignore the misery. But he found the kid. And through him, hope and a way out. Then he touched the kid. 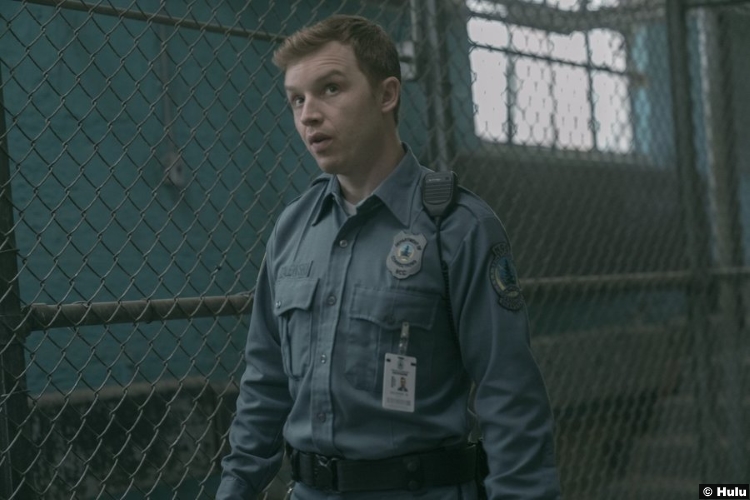 It’s just a fist bump, but is that enough? In retrospect, it seems the poison was in Zalewski right away. The smiley faces on the monitors, his flat affect–now they seem like signs following. And of course, there’s the biggest one of all, which most of us probably just chalked up to spooky show weirdness. But it was there.

At the beginning of the second episode, Zalewski sees terror on the monitors–guards lying prone all over the prison, while the kid looks into camera. He raises the alarm and then…nothing. It never happened. We find out this week that it’s because it hadn’t happened yet. It is Zalewski who carries out the massacre. Maybe it was hearing that there would be no trial, no reckoning, but it can’t have been just that. This is Zalewski’s doing, but the burden for it should also be placed at the kid’s feet. Where the robe is dipped in blood.

8/10 – There’s a very dark meme in the first episode of Orange is the New Black’s last season, wherein 7 different people compare the rumored mass shooting at Litchfield to a different real-life mass shooting–the point being, there have been so many in the United States that you can list them for a while without repeating one. On that note, some viewers might find Castle Rock’s workplace shooting to be in poor taste. But this kind of thing–this grand guignol eruption of violence–is classic Stephen King and it’s classic America. Zalewski asks earlier in the episode how long the town can go on looking the other way. As long as the rest of the country does, probably. Castle Rock is one town filled with secrets, but it’s not an island. It’s just a box.