Castle Rock S01E08 Review: Past Perfect – Girl, why did you TASTE it?!

Back in episode 4, Molly showed the Lacys’ home to a pair of prospective buyers. After finding Warden Lacy’s ashes tucked away in the freezer, you might think they’d be turned off. And you’d be wrong.

The couple, Gordon (Mark Harelik) and Lilith (Lauren Bowles), have not only bought the house, but they’ve also turned it into a bed and breakfast. In an idea that one Jackie Torrance would find wonderful, they’ve turned it, in fact, into a themed BnB whose theme is Castle Rock murders. Gordon was a professor before the move, but that ended under possibly violent circumstances. (It’s unclear whether or not the flashback, in which Gordon assaulted a man with which Lilith had strayed, is real or a fantasy.) Now they’re here to reinvent themselves in the worst possible place at the moment. And it’s not going to get any better once they find the keys to the basement, where the rest of Warden Lacy’s paintings are stored. 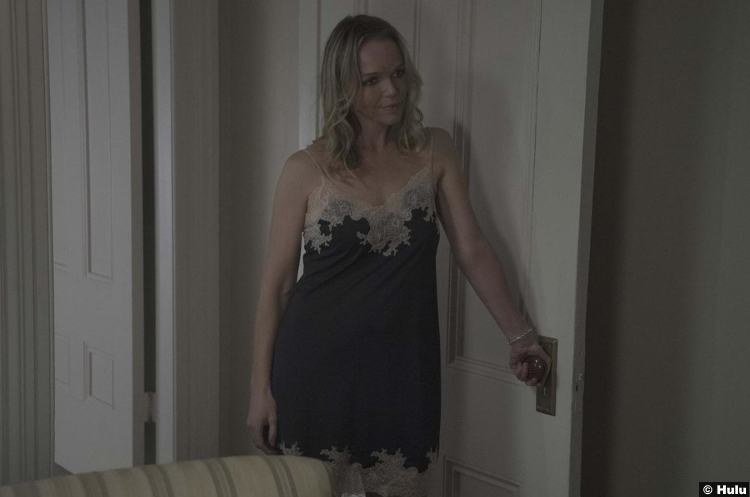 Painting after painting, they’re all of one subject: the kid. Maybe it’s a sign that the weirdness of Castle Rock is infecting the couple because they don’t comment on the weirdness of Lacy’s having a single subject. They just hang the paintings and let the kid’s energy work its magic.

Speaking of magic, Molly uses hers to rescue Henry. Having not found any help from Ruth, Molly finds Henry in the filter and lets him loose. He’s been in there maybe only overnight, but it felt like years to him. Odin is dead on the ground, but there’s no hint as to who killed him. (Willie is missing.)

When Henry returns home, he returns to a scene he doesn’t immediately understand, but of course, we do. Ruth is in bed, Wendell is missing, and the kid is in the kitchen. Wendell returns home shortly after Henry and calls the police when he sees the kid. By that time, the kid is leading Henry to Alan’s body. He tells him that Ruth killed Alan and the kid cleaned it up. He tells him that they have to protect Ruth. And he wants to know if Henry is hearing “it” now. Before they can finish this conversation–and the kid’s insistence that they go to the woods–they hear the sirens outside. 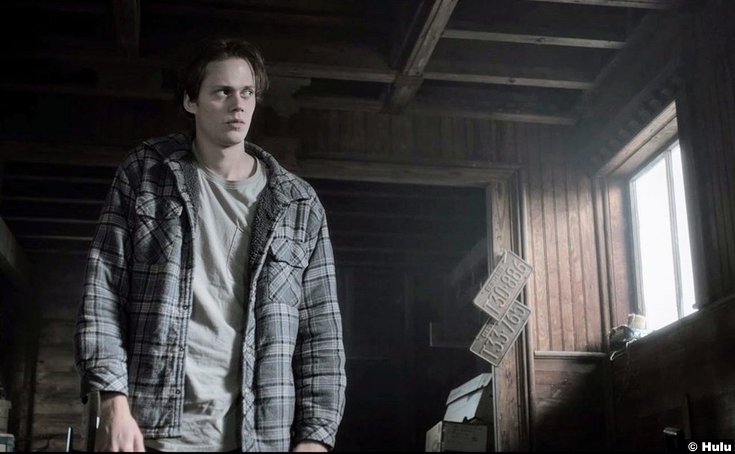 In a conversation with a statie, Officer Reese (Jayne Atkinson), whose daughter attended high school with Henry, we find out that the kids back then called him “Black Death.” And, as Reese more than implies, he’s returned to town and seemingly brought nothing but death with him. But is it him or is it the kid? (Bonus, as Reese also points out, Henry still doesn’t know the kid’s name.)

In trying to figure out what’s up with the kid, I’ve been reminded of The X-Files episode “Pusher.” The kid doesn’t actively seem to be pushing people–at least, most of the time–but it’s like his very presence is a push, and some people are more susceptible than others. After hanging the paintings of him, Gordon and Lilith get their very first guests. The couple is just looking for an out-of-the-way place to conduct their affair–they’re clearly not into the whole murder vacation thing. Too bad, because they get the live show, in that Gordon murders them both during the night.

Whether it’s also the kid’s influence or not, Henry is pushed toward trying to solve the mystery of himself and he finds a clue when the kid mentions rescuing him from a basement 27 years ago. But before he can investigate that, he puts Wendell on a bus home. Something in the town seems not to want the boy to leave, though. A bird hits the bus just before Wendell starts hearing something, presumably the schisma. The next time we see him, he’s walking back into town (from JERUSALEM’S LOT, no less).

Too bad Jackie’s not around to give him a lift. I mentioned that she’d love the “dead and breakfast” idea because she does. She’d had the same idea herself, as she mentions when she stops by to offer to trade referrals with the inn. (When she’s not helping Molly, she drives a taxi.) As an expert on the murder and mayhem in the town, though, she does correct a technical error with one of Gordon’s victims. He’s embedded a felling ax in the mannequin’s head, instead of a fire ax. Gordon and Lilith are in the middle of trying to clean up his crime scene, so they rush her out the door. They don’t know that Castle Rock’s foremost expert on local crime will find that obviously suspicious. The bloody* bracelet she finds in the yard doesn’t help, either. 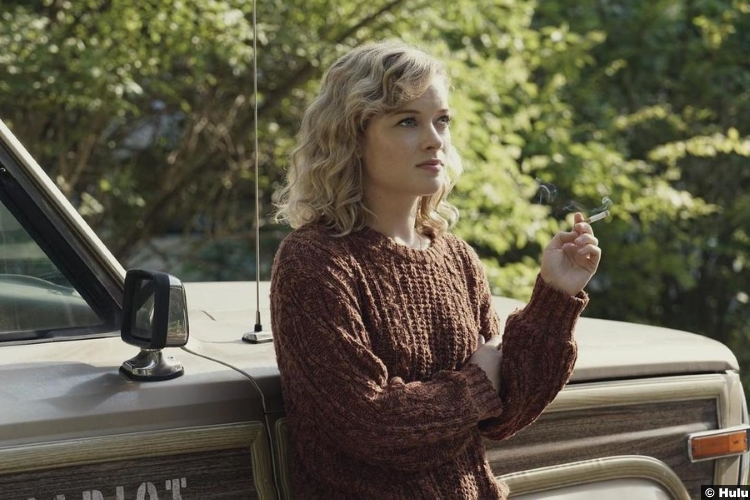 While she stews on that, Henry visits the inn. Getting no answer at the door, he just breaks into the cellar. The mannequin parts add to the creepiness of his quest, but nothing is as disturbing to him as when he ventures upstairs, where the paintings are. No matter what year they were painted, the kid looks the same.

Gordon discovers him and after a brief, awkward exchange, Henry walks out to leave. It would have been weird but fine, except for Lilith attacking him with a knife. She manages to cut her own throat in the struggle and stab her husband, but he’s still putting up a tough fight for Henry. That is until Jackie shows up and buries an ax in his head. [Ehehehehehe.]

While all that is going on, Molly’s trying to dull the cacophony in her head, which seems louder than usual. She ends up driving over to her old neighborhood, telling Henry in a message that she can’t be alone. She’s drawn to her old house, instead, where she finds the kid. He’s there for her help, which she can give, he tells her, “…because you know me.” He describes all the things she used to do as a little girl, things he watched her do from the woods “…where you died?” Wait, what?

8/10 – Castle Rock has never had a boring episode for me, but it is a little frustrating that we’re now two episodes away from the end of this season and we’re not really any closer to figuring out what’s going on. In fact, we’re two episodes away from the end and the show is introducing new mysteries. Is Molly dead? Is Henry actually dead? After all, Ruth said that nothing stays dead in this town. And while I brought the idea of the kid as the pusher, what if it’s actually Henry? Why was the kid in the 1991 painting wearing the same shirt Henry was wearing when he went missing? To quote the great poet, P.W. Herman, “It’s like you’re unraveling a big cable-knit sweater that someone keeps knitting and knitting and knitti–“–you get it.