This week’s episode is told out of time, but I’ll tell it to y’all (mostly) straight. And if you’re nervous about watching it because of the warning that precedes the episode, you can brace yourselves with the knowledge that what you see is a flashback of last week–it’s not a new assault.

But it’ll be a while before it’s not new and fresh to Plum, of course. Having returned to her apartment, she calls her mother. who can tell that something isn’t right. Linda offers to jump on the next plane out, but Plum promises her it’s unnecessary. She’s canceled her surgery, which pleases her mother–she just wants her to be happy. 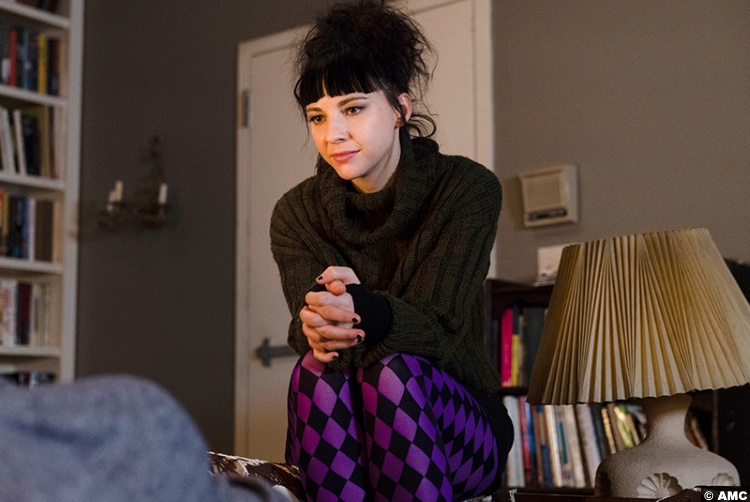 Where does Plum go from here? She imagines a conversation with Leeta, who asks why Plum hasn’t found her yet. (Keep that in mind for later.) She has a real conversation with Sana, who tries to get her to understand that what happened with Jack wasn’t her fault. But Plum is so far down, she’s trying to talk herself into believing that maybe a violent encounter is the best she can hope for.

Back at Calliope House, Sana argues with Verena that they were all too harsh with Plum. I think Sana is the most level-headed in this episode. While it was (monumentally) dumb for Plum to talk about Calliope House in the interview, it wouldn’t have happened if Verena were more straightforward with her. The New Baptist Plan has been presented all along as a mystery–you never know what’s gonna happen next!–and Plum has largely had to guess the ground rules for the House.

And now, as she’s blindly fumbling towards her next step, her imaginary Leeta reappears, encouraging her to become the spokesperson for Jennifer. The manifesto was a bit babblesome–I’m making it a word–and they could use a straight-shooter. So, using Leeta’s journal as a guide, Plum finds a way to communicate with Jennifer. And so they grab her off the street before whisking her away to God-knows-where. They tell her they’re going to put in eye drops, so she can’t see where they’re going, and I’m sorry, this all seems very unsafe. I’m supposed to sit here for TEN HOURS with blurry eyes?! Yeah, no–this’ll be me. 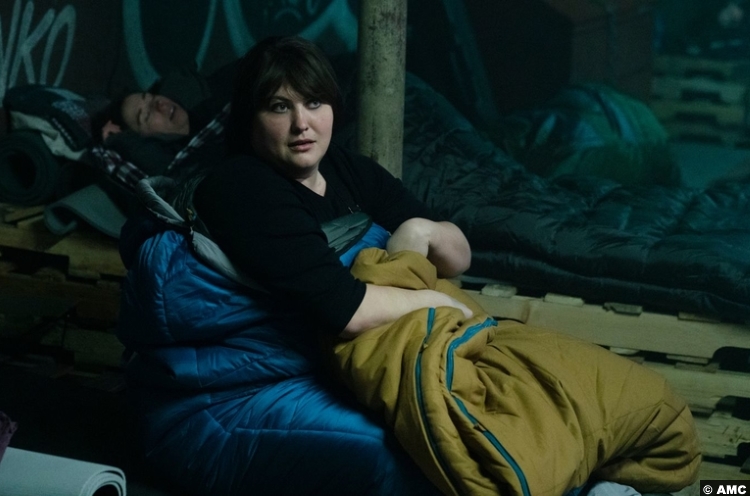 But Plum goes along with it, maybe because she’s in a very vulnerable place right now. So…exactly the right place for a terrorist group or a cult. They take her to what she later finds out is Detroit–hence the ten hours–and she meets some of the gang, including Belle/Soledad (Selenis Leyva), with whom she’d been communicating. The women of Jennifer go by Disney princess names, which…there’s only a limited number of those. I’m starting to think this terrorist group hasn’t thought things through!

Plum is supposed to help them disseminate their message because although a lot of people read the manifesto, nothing happened. Nothing changed. They also discuss Julia’s offer of the trusts, which is an all-or-nothing deal. They don’t know what Julia’s finding out in New York, though–having not heard from Jennifer in a week, Julia’s sisters assume the deal has been rejected. They’re now planning to go to the FBI. They advise that Julia hide.

Whether she’s doing that or not, we don’t know yet, but she does visit Eladio at the beauty closet. It turns out that that’s where Leeta is, holed up in a storage room. And whether it’s being alone in there or something else, Leeta’s…babblesome. Eladio says it’s gotten worse.

Back in Detroit, Plum learns to be a literal straight-shooter. At first, she’s terrible, but that isn’t her fault–she has terrible coaching! When Plum gets a slide bite, Belle describes it as a rite of passage for the girls. It doesn’t have to be, though. Keep your thumbs on one side or you gon’ get the slide. How hard is it to tell the newbies that? But I digress. 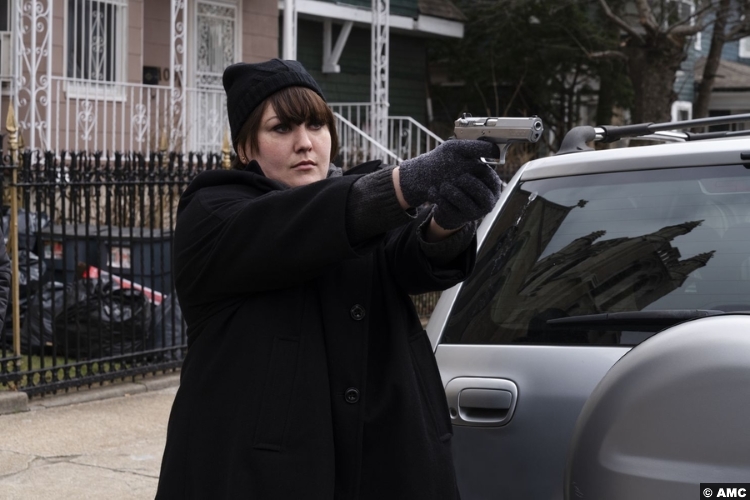 Maybe it’s less a rite of passage and more of a test. On that note, Belle shows a Plum a man smoking on the sidewalk. It’s what he does after he rapes a child living in his building, she says. And he got up to a lot of that when he was deployed. And so on and so on. The point is, Belle wants Plum to drop him–keep firing until the clip is empty–but she can’t do it. And this was a test, which Plum failed. Okaaaaay, but…that was just a random dude–Belle’s story is made-up. Your tryout is “just murder a rando”?!

Meanwhile, back in New York, Kitty pulls off a coup, usurping Stanley’s position as CEO of his own company. And Dominic comes home to an empty house, where his father-in-law tells him that the marriage is essentially over. Okay, but Dominic and his wife seemed to be fine. This all seems like a hasty set-up to put Dominic and Plum together and like Sana would tell you, Plum deserves better than that.

7/10 – While it’s understandable that someone feeling as powerless as Plum would gravitate toward Jennifer and that has felt inevitable this whole season, I still think it’s really dumb. It’s become increasingly clear that Jennifer has no endgame. They came in demanding things and making dramatic, violent stands to achieve those few things, but had no plan after that. And this is who Plum is getting mixed up with. Now she’s failed their test, but she knows too much to just leave. As we approach next week’s finale, she’s in a precarious position.

Fashion talk: Kitty’s Gucci blazer worn as a top with the statement necklace–this outfit–is A MOOD. Wear it to your next corporate takeover!