Dietland S01E06 Review: Belly of the Beast – Plum gets fired up!

Verena and her New Baptist Plan are confusing. (She said, in a massive understatement.) She tells Plum that she won’t have to do anything she doesn’t want to do, but later on, her face turns cold and she asks Plum, “What about the New Baptist Plan makes you think I am interested in your comfort?”

Uhhhh, the thing you said earlier? So while there’s nothing really on the surface about Calliope House that could be described as objectionable, the whole thing just gives me the creeps.

First, Plum wakes up in her basement room to find that she’s been locked in. Then she’s given a change of clothes that look like burial shroud chic. And for the bulk of the episode, the only resident with whom she interacts (outside of Verena) is Sana (Ami Sheth). Sana, whose father threw acid in her face, is unnervingly serene. I mean, good for her, she’s seized the day and whatnot, but why is she making a giant mosaic of her pre-acid face? In fact, all of the art in her room is a tribute to her old look. Has she really transcended? 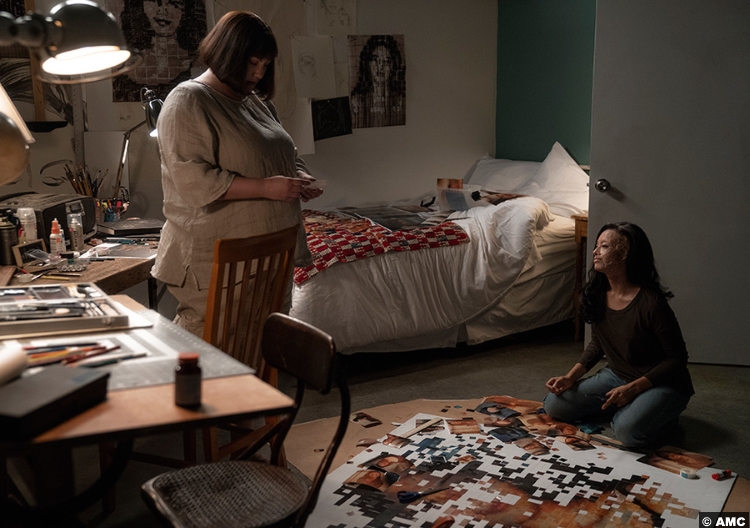 And ma’am, what?! There is an odd puritan streak running through this show. I don’t want to get off on a big tangent here, but I’m just saying there’s a middle ground between damage and despair. If these women have agency, LET THEM HAVE IT.

Okay, I’m better now. So after Dominic ambushes her outside her home, Julia goes to work and confesses to Kitty that she gave the email list to Leeta. She didn’t know what she was going to do with it, but she was lovestoned, so she did it. As penance, she’ll resign and tell the FBI. Kitty, who is still in a banger of a mood, tells her not to go to the FBI. Also, don’t resign, because Kitty is firing her. 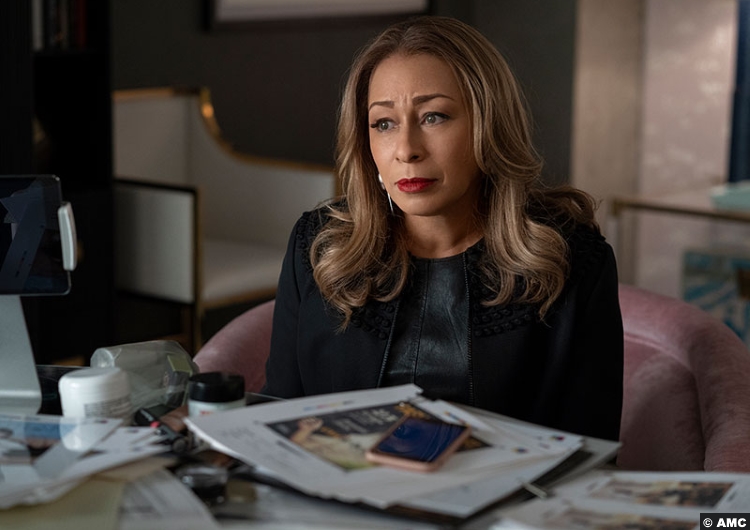 Having nowhere else to go, she shows up at Calliope House, too. In an earlier episode, Plum was shown a picture of Verena with Julia and it was really weird because Plum was like, “That doesn’t look anything to me.” I mean, Kitty’s shown the same picture and she recognizes her. You could argue that Kitty’s known her longer, but you could also argue that Kitty barely notices anyone outside her own self.

There was some clearly some falling out between Verena and Julia, but Verena begrudgingly lets her stay. Plum is happy to see her, if only to make another clumsy attempt at ferreting out the possible Calliope-Jennifer connection. (Plum is really bad at this.) Julia denies killing anyone, thus seeming to deny being connected to Jennifer, but she does share a secret with Plum.

In a scene that harks back to the How to Get Away with Murder scene where Annalise takes off her wig, Julia takes off her own wig. Then she removes her makeup and her clothes. For a second, I thought the final reveal would just be Spanx. But no, it’s chicken cutlets hiding her double mastectomy. It’s an incredible scene and I think I was holding my breath the entire time.

If only the entire episode could have been like that. It was honest and without judgment. Like the later scene, in which Julia wants Plum to spoon her, it was human. And like Leeta’s diary, which Julia gives her, it starts to bring Plum to life. 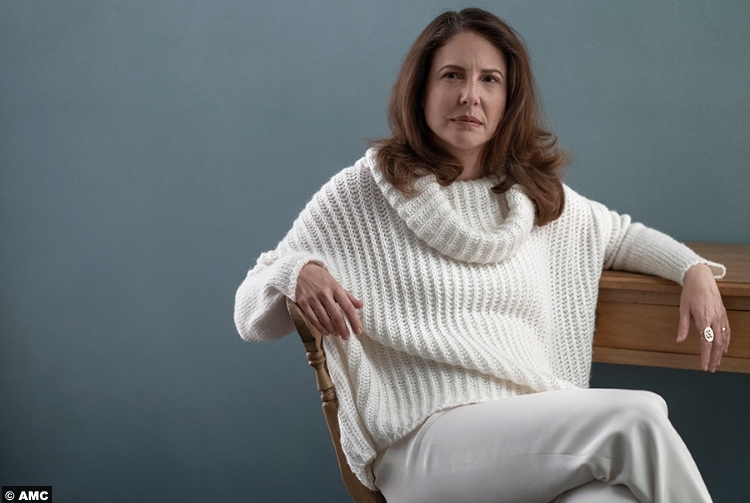 7/10 – This was kind of a bottle episode, as so much of it was set in the cinderblock basement of Calliope House. As such, it was kind of a drag. I know Verena and company really believe her Kool-Aid, but at times, it seems very aimless. Just throwin’ darts at the wall to see what sticks. It’s clear she wants Plum to believe that people who reject her because of her size are the wrong-headed ones, but these roots are wrapped around the nerves. It’s going to take more than contemplation to excavate them. It may just take breathing fire.