Dietland, premiering this week on AMC, is a show that’s hard to describe in a single sentence. It’s a black comedy, it’s a thriller, it’s a drama, it’s partly animated, it’s a floor wax, and a dessert topping. But is it any good? 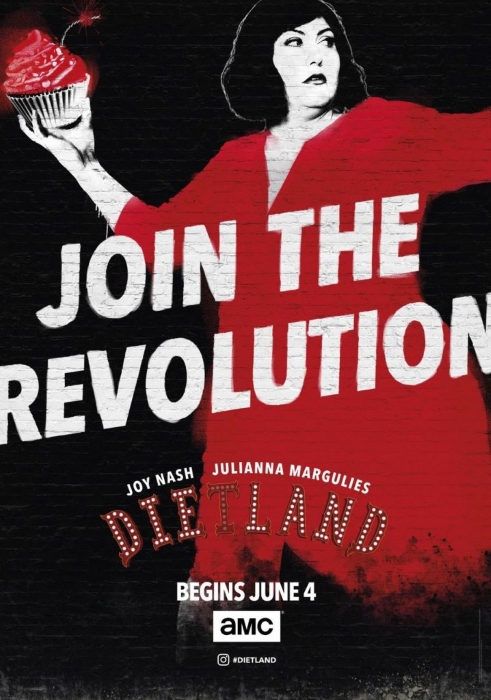 Well, we’ll get to that. First, the premise. Based on Sarai Walker’s 2015 novel, the show focuses on Plum Kettle (Joy Nash), who, despite the name, is not a resident of Strawberryland. Instead, she works primarily as a ghostwriter for Kitty Montgomery (Juliana Margulies), the editor of Daisy Chain magazine. Daisy Chain is a women’s publication in the vein of Cosmo, and Plum provides Kitty’s answers to reader e-mails. As the opening montage shows us, the e-mails are a broad cross-section of women’s concerns. Some of them have skin issues, some of them are insecure in their relationships and bodies, and some of them, even if they can’t say it out loud, are the victims of crimes.

Plum answers these questions to the best of her abilities, as if she were Kitty and as if she has the answers. In real life, she’s kind of aimless. She confesses that she basically stayed in college gathering degrees until the college made her leave. And while she’d love to have a byline at Daisy Chain, her original ideas are shot down. After all, she must be so swamped with the letters. When Kitty, who–so far–is not so much malicious but oblivious, does give her the chance for her own story under her own name, the story is a review of a plus-size fashion line. And Plum doesn’t even get to go to the show–she’s to watch it on Facebook Live, while another employee serves as the public face of the magazine at the show.

That’s likely because Plum is what Kitty refers to as a “big gal.” Plum is the kind of woman who’s been on a diet since childhood. Nothing has worked for her so far, so she’s saving up for bariatric surgery. [Spellcheck: Did you mean “barbaric”?] Except you can’t have that surgery until you reach a certain weight and she’s a cool 15lbs away. (Her doctor suggests she cut down to 700 calories. In a single Earth day.) Of course, she still has to get the money together for the surgery, plus the skin surgery she’ll probably need after that. Pretty hurts. 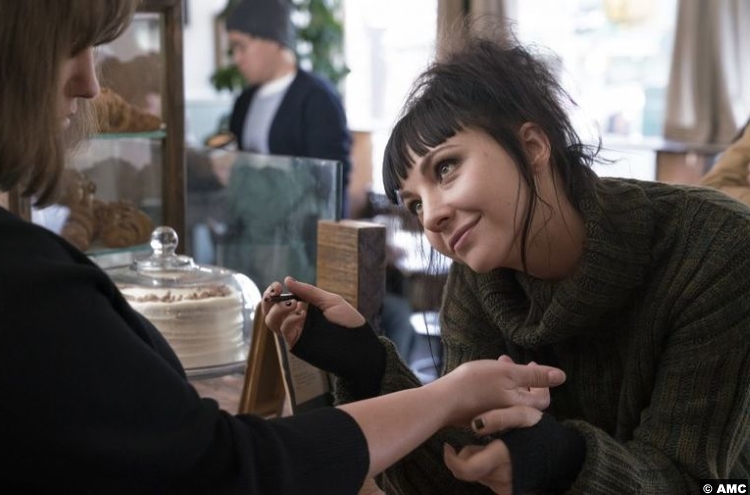 All of this could play as a standard millennial life and workplace dramedy, maybe something akin to Girls. But it’s quickly apparent something else is going on. First of all, Plum is being followed by a gothy little pixie (Erin Darke), who patiently waits in line at the coffee shop–Plum’s second job–to scrawl “DIETLAND” on her arm in eyeliner. Plum thinks it’s a snotty command to lose weight, but instead, it’s a reference to a book. Written by Verena Baptist (Robin Weigert), daughter of a diet icon, the book is an exposé of the family business. Or scam, rather.

Plum finds that out when she’s summoned to the beauty closet in the Daisy Chain building. There, Julia (Tamara Tunie) reveals almost all. It was her who had Leeta–the pixie–follow Plum. They want access to the email addresses of girls who write to Kitty. Julia says it’s for deprogramming, but there may be something else at work. 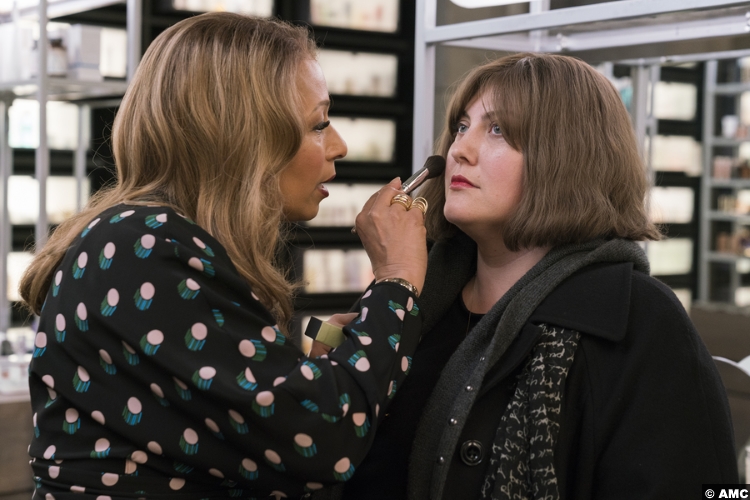 Because while we’re now watching these two different shows in one, yet another one is playing out in the background. We keep see references on news feeds to a 13yo girl who threw herself in front of a train after she was raped. Then two men go missing. Their bodies are thrown off an overpass and it turns out that they were the prime suspects in the girl’s case. We don’t know exactly who killed the men, but we do know that they wear crone masks and they left a calling card–a piece of paper that reads, “JENNIFER.” By the time the episode is over, a sleazy fashion photographer is missing, but we already know he’s not the only one.

Is Julia’s “deprogramming” connected to Jennifer? It’s not clear yet, but her early work in the shadows of the Austen Publishing building has already caused a cybersecurity breach that’s drawn police involvement. Specifically, it’s drawn Dominic (Adam Rothenberg), who seems interested in Plum, but how exactly is also not clear. 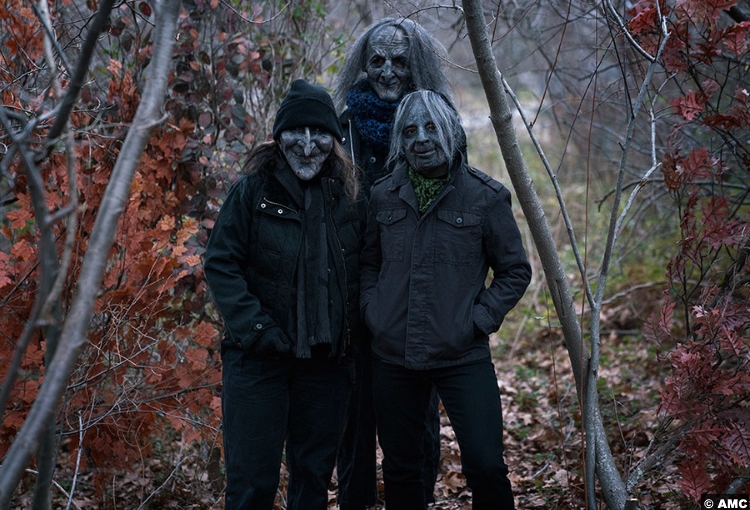 Leeta is also interested in Plum, mainly because she’s noticed that she still follows the Baptist diet program rules. (Like: Use small utensils, chew each bite 50 times, etc.) She urges her to meet Verena and Plum finally acquiesces. Verena runs Calliope House, which does something to which we’re not yet privy. She wanted to meet Plum, because she has an offer for her. As a kind of reparations for her parents’ lies, she wants to offer Plum a new Baptist program, in which Plum will undergo therapy with Verena. Once she finishes, Verena will give her $10,000.

After going home to think about it, Plum flushes her antidepressants and decides there’s no time like the present to make a change. After all, as Jennifer would tell you, time’s up.

8/10 – Obviously, this show has a lot going on. While the multiple storylines, as well as the tonal shifts, could quickly and easily get out of hand, they’re keeping the plates spinning so far. One of the ways they’re doing that is by keeping the plates separate, so it’ll be interesting to see what happens when the storylines start to intersect. It’s clear that Dietland has a lot to say, but it remains to be seen if it’ll come together coherently.

[Note: As AMC does with other series–most notably The Walking Dead–they are running a discussion program right after airings of Dietland. This one is hosted by Aisha Tyler and it’s called Unapologetic.]