Dietland S01E08 Review: Rad Fatties – Plum gets high off her own notoriety

The last time the show displayed a viewer discretion warning just before the final scene, it was for the “basement scene,” as author Sarai Walker calls it. After viewing the scene that follows the warning this week, you may long for the cold distance of those hardcore films projected in the scene.

Or maybe you won’t. You know, for years men told me not to watch the film I Spit on Your Grave. Everyone from Roger Ebert to my friends assured me it was not something I needed to see. Largely not for artistic reasons–it was the subject matter with which they took issue. (In case you didn’t know, it’s about a woman who’s raped by a group of men and then later takes revenge. Violently, in case the title didn’t make that clear.) I watched it, anyway. And as I was watching it, I thought, Oh, I get it. This is the first time they’ve had to consider what it’s like to “live at the center of a swirl of possible hazards,” as safety expert Gavin de Becker puts it in The Gift of Fear. 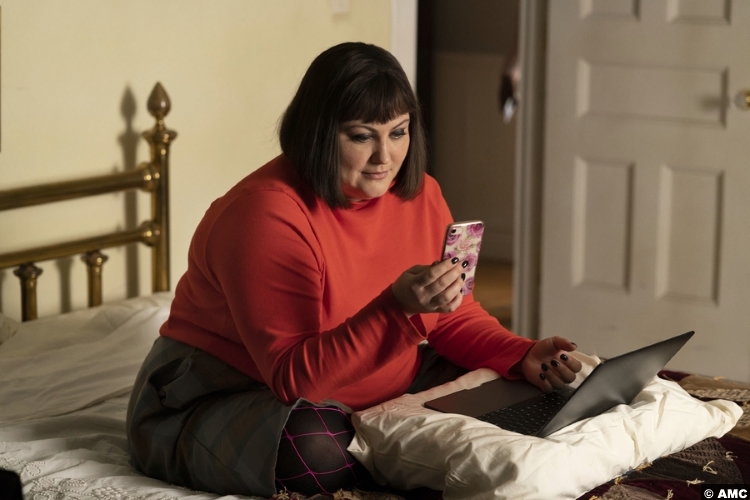 This is one of the points that Plum is trying to make in the live interview she does to stave off a lawsuit from Kitty. In exchange for doing the interview with Daisy Chain, Kitty will drop her lawsuit and more importantly, the injunction against Plum blogging. The interview goes pretty well–Plum endorses the spirit of Jennifer, if definitely not the violence. Unfortunately, she does so by contrasting their work with Calliope House, a development that made me cringe.

That’s because I’d understood what Plum apparently didn’t–like The Simpsons’s Disco Stu, Calliope House doesn’t advertise. As soon as she returns to the house, she’s met with a frustrated group that includes Verena, Sana, Rubi (Jen Ponton), and Barbara (Mya Taylor). They try to impress upon Plum that what she did was serious, particularly because she never considered that it would put the women there in danger, even as she mentioned that “abused” women live there. As Sana points out, they’re not just at risk from people they know–the post-Jennifer tension has created a whole new swirl of possible hazards. 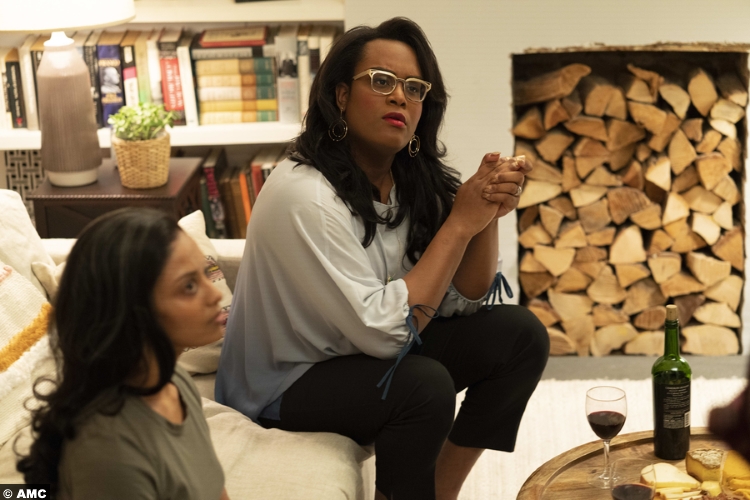 Specifically, Jennifer has created a list of 100 men they consider the worst and have demanded, Lysistrata-style, that their wives and girlfriends cease sleeping with them until further notice. Having been put in the top 10, Stanley only fuels the fire, re-editing Cheryl’s report on the suicide bomber to make it seem like the campus women’s group, who barely knew Fiona the bomber, is a terrorist training ground.

Julia and her sisters have obviously realized that Jennifer is a horse far from the barn. So they try the stick first–vague hitman threats–and when that doesn’t work, Julia offers the carrot. As she tells the Jennifer representative, this is going to end in only a few ways: jail, death, or on the run. If Jennifer ceases their work now, Julia and her family will set up $500K trust for each member’s family. The offer is not rejected or accepted by episode’s end. 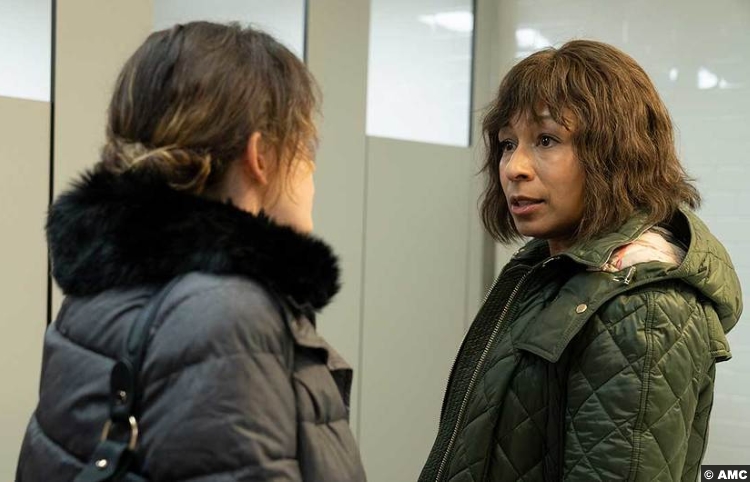 Back at the Calliope House confrontation, instead of taking the L, Plum defends herself by going on the offensive. It finally ends with Verena suggesting she find somewhere else to stay if she can’t respect the house.

Throughout the episode, Plum has been receiving messages from one of her disastrous dates from episode 5, specifically Jack the feeder. Feeling wounded and alone, she finally takes him up on his request to meet up so he can apologize. They have drinks and they go back to his place and he wants to fool around. As we know she’s inexperienced, it all moves a bit fast for her, so she gets up to go. He goes back to the sweetness. Then he assaults her against his bookshelf.

It’s sad and it’s infuriating and it’s probably what you were expecting, even if the show hadn’t primed you for it with their warning. Like Lysistrata, it’s a very old story and one you’ve surely heard before. That doesn’t make it any less horrible, of course.

And speaking of stories we’ve heard before, I found it interesting when I was refreshing my memory of I Spit on Your Grave and realized the victim turned heroine’s name. Can you guess?

7/10 – The show is obviously trying to make a powerful statement with the ending scene, but it would have been far more powerful if the episode weren’t bookended with the Adam and Eve cartoon. Its talk of innies and outies is a little too cutesy for the seriousness of the topic. At this point, we’re two episodes away from the end of the season and I’m not sure if Plum has shown any growth. I hesitate to criticize her, especially considering what happened in this episode, but I’d like to see some forward motion. Wasn’t that the point of the New Baptist Plan?