Dietland S01E07 Review: Monster High – You can tell the change in Plum just by her wardrobe!

Jennifer has been awfully quiet the last two weeks, so when you see a group of college football players milling around in their locker room, it’s an easy assumption to make that something big is about to happen. After all, they have a bit of a reputation.

But the aftermath of what does happen–a young woman enters the locker room and turns suicide bomber–is shrouded in mystery. Jennifer, which has never been shy in the past, does not claim responsibility for the act. UNN anchor Cheryl (Rowena King) discovers information that Fiona, the young woman, may have been off her meds. So it’s unclear whether this was actually a Jennifer-directed event or the actions of one disturbed loner, but it looks more like a copycat. That ain’t good. 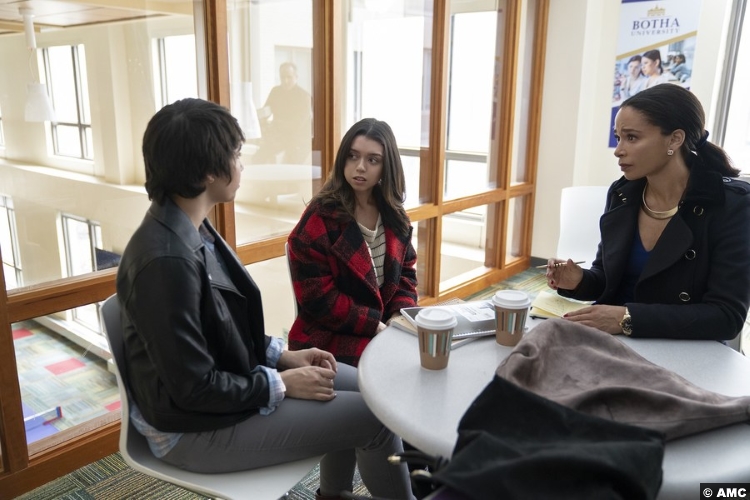 Plum, however, couldn’t care less. As we saw last week, she’s had a revelation, which she shares this week with Steven. All the work that she’s been putting in to be thinner is just to make herself more attractive prey. She’s decided to cancel her surgery and she’s trying to enjoy food again. I get where she’s coming from. Seeing food only as fuel seems boring to me. At the same time, I don’t reward myself with food. And I get where Steven is coming from. Her description of Calliope House is alarming. The basement cells, the video indoctrination room–they sound like terrorist recruitment tactics.

But there are a few ways you can take their conversation here. One, Steven is being a concern troll. Two, Plum is trying to win the Oppression Olympics. And three, both are true. I tend toward three. Barring some kind of body-swapping movie twist a la Freaky Friday or Vice Versa, we will never know what it’s like to be in someone else’s body, so we can’t really talk like we do.

Having not found validation with Steven, Plum storms out and back to Calliope House, where Julia’s been kicked out because Verena thinks Jennifer is behind the suicide bomber. It is apparent Julia gave them some funding–and newsflash, she’s got some scratch to throw around–but she claims not to know of their deadlier intentions. Nevertheless, she’s out and making plans to take down Jennifer. 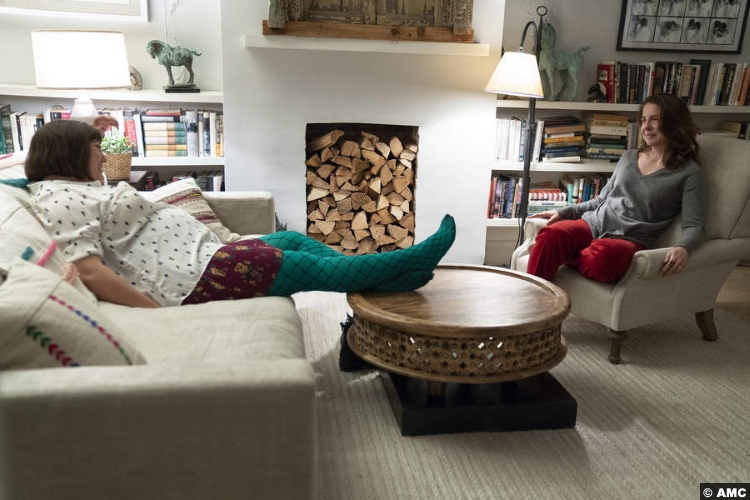 Before she and her friends (? sisters?) get around to that, Plum decides to stay at the House for a while. While I’m wondering how she’s going to keep her absurdly nice apartment, she’s baking pies of rage. Verena has her sit down for a chat in which Plum learns that these highs and lows she’s feeling aren’t a mental issue–they’re what feelings are. Remember, Plum’s gotten used to not having those pesky things. Verena suggests Plum take up a new hobby, something that will let her color outside the lines. So she bugs Sana to teach her art.

The image they create is simple, just the outline of Plum’s body (with a respectable rack). It’s her actual body, though, and not a fantasy one and that gives it power. Plum rolls on a wave of that power to the doctor’s office, where she finds out that she can’t get her surgery deposit back, because blah blah medical industry nonsense. (No refundable deposits on non-medical procedures.) She tries to argue this point, but she doesn’t have much leverage–she signed a contract to this effect. The receptionist encourages her to go ahead with the surgery because otherwise she’s “giv[ing] up on [her]self!” Bah.

So careful Plum, who’s probably always followed the rules, decides to do a naughty act. Outside the doctor’s office, she vandalizes his ad with that image of herself and captions it “LOVED.” Unfortunately, she does not see the police officer standing right behind her, so she’s arrested. 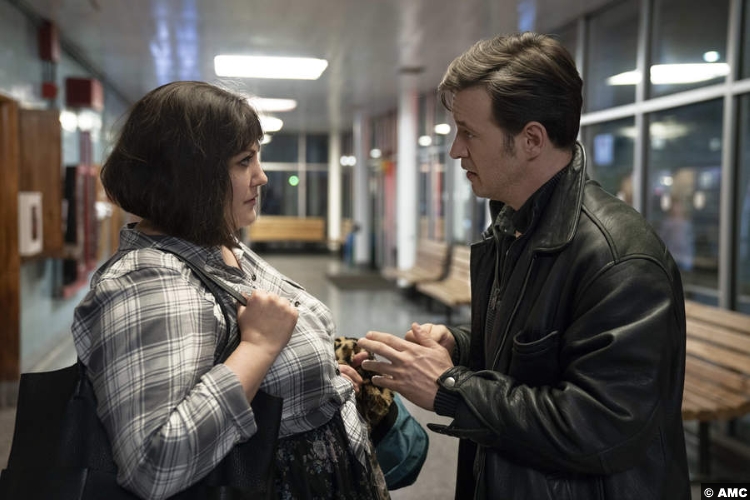 She ends up being bailed out by Dominic and boy, is he acting weird. That “I can’t stop thinking about you”? What even was that?! Plum doesn’t have time to be bothered, though, because her graffiti is going viral. She may be loved, but she’s also “fat as hell and not going to take it anymore,” as she says in a mass e-mail to Kitty’s girls.

7/10 – You can tell the change in Plum just by her wardrobe–in maybe the night’s best line, Steven says she’s dressing like a Monster High doll. And while some of these changes are good, no one should look at a group of young people being bombed like it’s a needed goose for the world. Further, while she’s speaking up, why is Jennifer being so quiet? That’s perhaps the most nerve-wracking part–what are they planning?