Plum begins the next phase in the New Baptist plan and is ready to quit after that. This phase requires that she be mentored by Marlowe Buchanan (Alanna Ubach). Marlowe used to be a sitcom star, but then she cut her hair while on vacation and watched it all go away. It’s shades of Keri Russell circa Felicity, obviously, but there’s no direct IRL analogue to Marlowe.

After losing her job, she became an activist, writing a book about the beauty myth. On that note, she subjects Plum to a full day of beauty-making: a Brazilian wax, facial fillers and Botox, a makeup look that requires $1000 worth of products to achieve, etc. Plum also visits a plastic surgeon to get a consultation on her post-bariatric skin surgery. It’s interesting that when Plum sees her future skinny self, it’s not her. I mean, it’s a completely different woman. 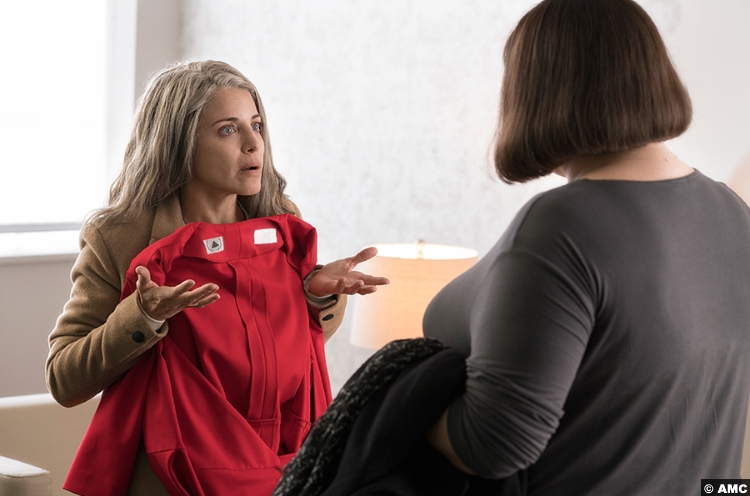 That, of course, hints at the real problem here. As Marlowe keeps referencing “bangability,” Plum doesn’t care about that. I’m not saying she should, but she should care about something. She’s a walking line from Radiohead’s “Creep”: “I don’t care if it hurts, I want to have control, I want a perfect body.” (The “perfect soul” part, she could take or leave, probably.) She just wants to go through the motions of the New Baptist plan and get to the money, which I can understand to a point, but isn’t really the best thing for her. There’s a reason why ethical plastic surgeons won’t perform surgeries on people who have unrealistic expectations. All those same problems are going to be there after the surgery. And in this case, Plum’s still going to have all those feelings.

Thankfully, as I mentioned last week, there are people around her who are concerned about this. This includes her mom, who’s still here in town and who goes to Calliope House to confront Verena after seeing Plum’s post-fillers bruising. Verena soothes Plum’s mom’s fears, though, reassuring her that they’re on the same side. They both just want her to learn how to be happy, without having it be contingent on something external.

Although there is one external thing that’s good to take pride in and that’s your work. And Plum’s is finally getting her somewhere. Although Kitty says there were some typos–remember, Plum wrote this in her Y withdrawal fugue–she will be publishing the review of the plus size fashion show. Kitty makes it sound like she’s magnanimous, but really, she’s moved by Jennifer. 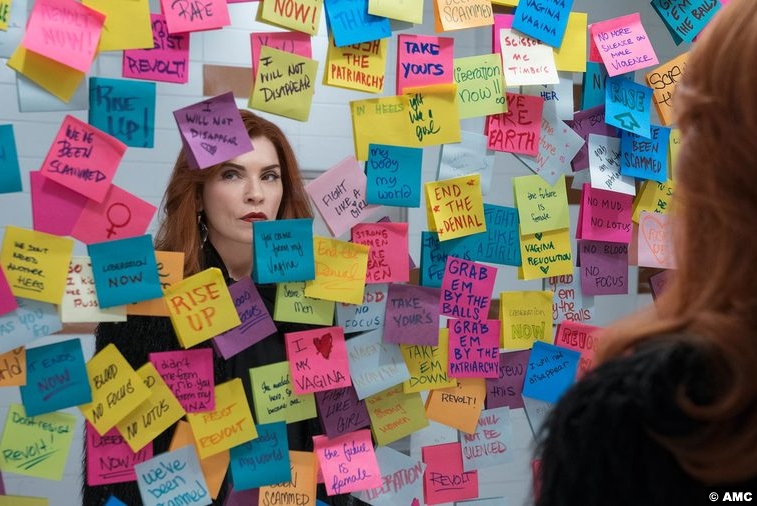 Well, she’s not so much moved by their message, but by the fact that women are being moved by it. She wants to capitalize on the moment, an idea that catches fire quickly once Plum reveals that the emails from readers regarding Jennifer are generally very positive. Jennifer’s a bit quieter this week–no bodies hurtling from the sky–as they’ve turned their attention to the media. They have killed a UK tabloid magnate, whose paper was one of those that ran a topless girls feature every issue, but that happened offscreen.

Now they’ve sent out a manifesto they want the media to publish. They get the late magnate’s tabloid to publish it by kidnapping his young son (he’s returned safely), but Kitty doesn’t need that kind of motivation. She sees dollar signs on the horizon. She gets some pushback from the CFO of Austen Media, because redoing the covers will cost a cool $500 grand, so we finally get to meet the oft-referenced Stanley (Campbell Scott), the owner of Austen. He balks a bit at first, but in the end, it doesn’t seem like he cares either way. 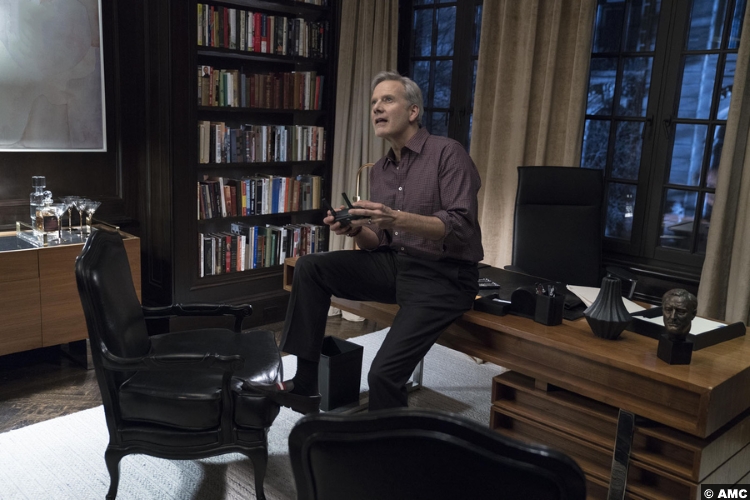 So Kitty gets her reprints and the manifesto is slapped onto the cover of every one of Austen’s women’s magazines. The covers are the same: the bottom half of a comely woman’s face holding up the manifesto in her perfectly manicured hands (BANGABILITY!!!). “THERE WILL BE BLOOD” looms ominously at the bottom (FORESHADOWING!!!).

Meanwhile, having not found the kind of support she wants at Calliope House–the support that only tells that you’re doing great and validates all your choices–Plum meets up with Dominic to share her famous chocolate cake with him. (It does look good and I’m most assuredly #TEAMPIE.) She doesn’t share with him that she’s seen Leeta, who wanted to tell Plum goodbye before she left (to probably go do Jennifer stuff). She does tell him that she’s thinking about dropping the New Baptist program, because, as she presents it to him, they’re kinda culty and may be connected to Jennifer. Hearing that, Dominic encourages her to stick with it, because if the last part is true, she could really help him out. After all, hasn’t she always wanted to be the hero? She goes along with it, but the truth is, no. She just wants to be the hero’s girlfriend.

8/10 – This was maybe the best episode yet. It manages to hit its targets, including the commodification of activism, nearly every time. I’m not sure yet if Calliope House is connected to Jennifer, but there feels like something is going on there. Even though Plum just said it to avoid the real reason why she wanted to quit, there is kind of a culty vibe there. And not the cool one that we have here.

By the way, it’s kind of rich that a show that’s clearly critical of the way women are viewed won’t give Plum’s mom’s character a name besides Mom (or as she’s billed on IMDB, Mrs. Kettle/Mrs. Plum). It gets awkward referring to her without a name–and I’m not calling her Mrs. Kettle all the time–so I’m going to call her Linda from now on. (It was the #1 name in the US the year Debra Monk was born.)