The Alienist S01E09 Review: Requiem – The killer claims another victim

In the wake of Mary’s death, Dr. Kreizler announces that the investigation is over. Of course, it’s understandable why his heart is suddenly not in it anymore, but to put it the nicest way possible, it’s not about him. But still, someone should check on him, since he’s in whatever stage of grief contains self-harm. 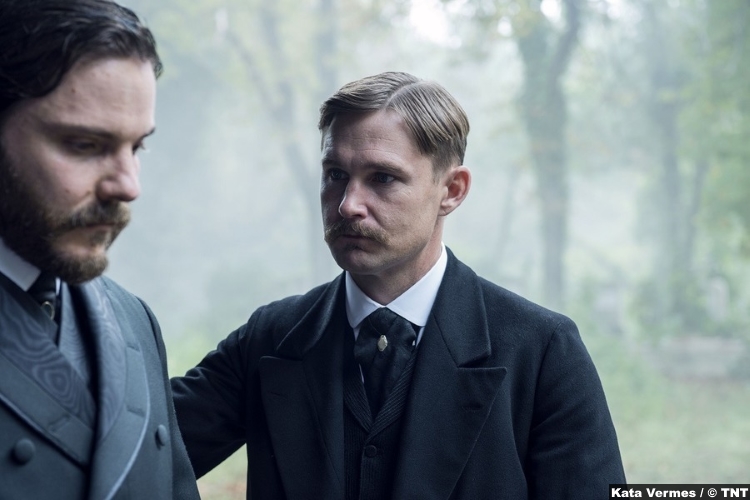 Meanwhile, the Isaacsons question Doyle, who claims that Mary invited them in for tea and then took Connor up to the bedroom. In case you’re wondering if he communicates this in a respectful manner, he refers to Mary as “the Indian girl” and to the Isaacsons as “heebs.” As the only contrary voices are coming from Stevie and Cyrus, that investigation is a bust.

But the bigger one continues, with Sara taking charge and making a shuttered saloon their new headquarters. Not that they really have anywhere to go with their hunt. They have a name, but even at the time, New York City had an overwhelming population count to search. And that’s not even counting the boroughs outside Manhattan.

So although they don’t know they’re doing it, they use geoprofiling to narrow down their search to Greenwich Village and the Lower East Side. Then they begin the tedious work of combing through census records for Beecham. It seems fruitless. That is, until Sara happens to notice that the census taker himself was Beecham. (I wish his visits had included a certain someone.) 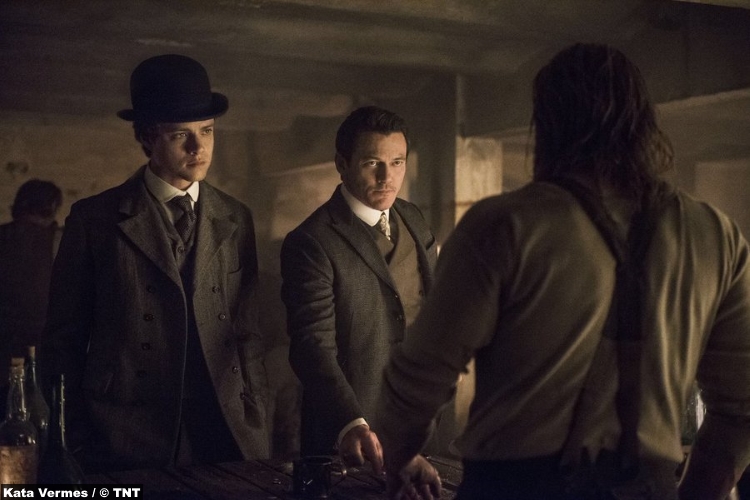 The entire team returns to the census bureau to speak to the boss, who affirms that the Beecham they’re speaking of had a facial spasm. He was a right sweet fellow, too, even knowing the allegations that forced Mr. Murray to let Beecham go. It seems a family complained that Beecham was visiting their 12-year-old daughter a lot. Like, at all.

They visit the address on his employment records and find that it’s a lodging house, but he left after losing his job with a charity organization. Funny, but the landlady’s tabby Jib also disappeared at the same time. When they check out the vacant room, the smell leads them to the remains of Jib, hidden beneath a floorboard. The show thinks we need a close-up of that for some reason. I cover my cat’s eyes.

While Connor is surprising Sara at the saloon with vague rape threats, John is horrified to find Joseph hanging out on the street. They talk about the possible guises in which the killer might appear, like a charity worker or a medical volunteer. Also, John gives him money for a boardinghouse. 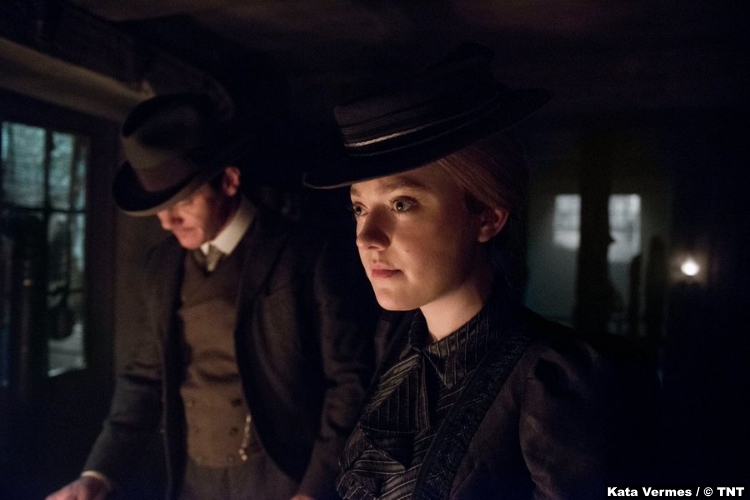 Still, it’s to no avail. They chase down every lead–the Isaacsons even find that 12-year-old girl, now an adult–and John shows his sketch to scores of children, but nothing happens. They go back to the literal drawing board, looking for common threads between the children. The most common thread is that is they didn’t much care for their parents, particularly their fathers. Then the thread turns to gamblers, like Ali/Fatima’s father. They find a bookie who had to send a collector after him. That collector’s name? Albert Eins–no, wait, it was John. Had a whole face thing.

So while they follow the thread to its final conclusion (John Beecham’s lair), he’s still one step ahead. Realizing his friend has lifted the cash our John gave him, Joseph returns to the bathhouse where they’d been swimming to get it back. It’s there that he sees enough to know that his friend is gone and that the monster has come for him. Thankfully, although Joseph has never seen a movie, he doesn’t do that thing where characters walk right up to a murder in progress and let the killer get a good look. Instead, he runs, which makes me exhale with relief, until he stops running and hides in a locker. And that’s where he is, when the door is suddenly flung open and everything fades to black.

9/10 – I know he’s the eponymous character, but it was a refreshing change to have Lazlo sit back this week and let the rest of the team work. Look how much they got done! Still, like I said, someone should check on him. He’s not doing well. Speaking of him, though, that moment at the funeral between him and Roosevelt was particularly well done, as Roosevelt mentions the comforting words Lazlo once gave him, presumably after this. The real MVP of the episode, though, is Marcus. He’s there having to be held back from Doyle, questioning witnesses, discovering dead cats (RIP Jib), and even crawling under Beecham’s bed to retrieve a jar of eyeballs. Cheers to you.

This week, I started listening to the Atlanta Monster podcast, which digs into the true story behind a series of child murders, a case that involved the intersection of race and class in a growing city. Sound familiar?