The Alienist S01E07 Review: Many Sainted Men – John and Laszlo get all up in their feelings

You could be forgiven for thinking that this week’s episode of The Alienist was a rerun. So much of what we see, after all, has already been done. Stop me if you’ve heard this one before–John, our resident damsel in distress, gets drugged. Also, powerful men try to convince the super team to give up their investigation. The alienist alienates people.

It’s not that the episode is bad, necessarily; it’s that it’s such a letdown after the momentum of last week. And at the start of this week’s episode, it seems as if the momentum will continue, that the game is afoot. John is trying to draw the man Stevie saw and it’s not going well, judging by the pile of discarded drawings all over the floor. 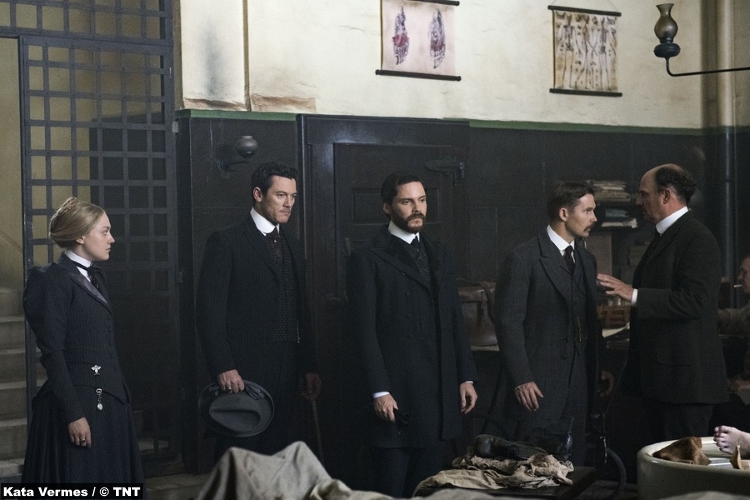 But why would it? The truth is, they should be shaken by what happened the night before. It’s only human. But so is the killer, which means he’s fallible, too.

As they examine the body of Ernst Lohman, the child we knew as Rosie, Lucius points out that there are some differences in the mutilation this time. For one thing, only one eye was removed. In addition, the heart was also removed this time and the boy was partially scalped. This reminds Roosevelt of Indian wars out west, which gives them a new avenue to investigate. Then Kreizler asks to be alone with the body. I have no idea what they think is happening, but what actually happens is that after a moment of tenderness, where he strokes the boy’s face, he stabs him with a scalpel. Yikes. I wish they’d left in a scene where he explains the sudden new injury to the Isaacsons.

Outside, there’s a near-riot going on, courtesy of Paul Kelly, who’s furious that his child brothels are still closed. He rescues John and Kreizler, even giving them a ride to the Museum of Natural History, but there is clear menace in what he tells them. (“You are fighting a monster, one that reaches from Millionaire’s Mile all the way down to Mulberry Street. And if you’re not careful, it will devour you long before you find your child killer.”) 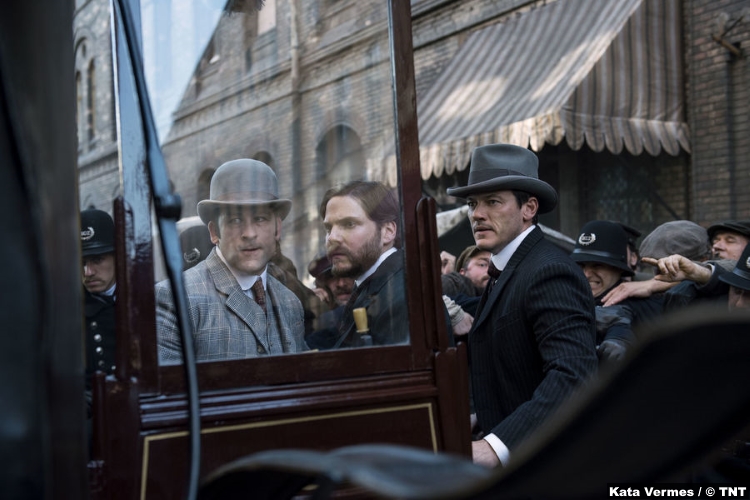 At the Museum, we all learn a non-native’s version of Plains spirituality. To wit, the “Sioux” [Lakota? Santee? Yankton? Oh, just Sioux? Oh, okay.] believe that changing a body, like through mutilation, alters the spirit’s experience in the next world. So if you remove a body’s eyes, the spirit will wander blindly. However, the docent makes very clear that no native would do this to a child. LET THEM KNOW. Ahem, I mean, to mutilate a child in that fashion would imply that you saw the child as a threat that must be vanquished. So if the killer may be aping behavior he saw out west, but he has no context for what he saw. He’s appropriating a culture to which he does not belong.

This is interesting stuff, but it doesn’t really shed light on the killer’s identity. It is valuable to Kreizler, though, who basically cares about who the killer is insofar as he can crack why the killer is. But judging by his interactions with others this week, he’s not the best at reading people. In fact, he gets read by Cyrus’s niece, Joanna (Brittany Marie Batchelder), when he visits Cyrus in the hospital. She wants to know when he’s going to let Cyrus go, which surprises Kreizler, because he thinks he and Cyrus are friends. Joanna points out that Cyrus sleeps in the stable, which is not exactly a ringing endorsement for their friendship. Yeah, but have you seen how he treats his other friends?

So he goes home and tells Mary that she’s an independent woman and why, she could leave right now if she wanted! Mary, who’s clearly in love with him, leaves the room in a huff.

Meanwhile, Sara and the Isaacsons are actually getting work done on the case. Reading through the letters they’ve received from sanitariums in response to their inquiries, Sara finds a man (Rudolph Bunzl) who had been a patient out west but was then transferred to a hospital right there in New York, before being sent to another place. Her research leads her to finding out that the most recent hospital where he’d been committed is actually a government facility meant to house military men who were unfit for service. 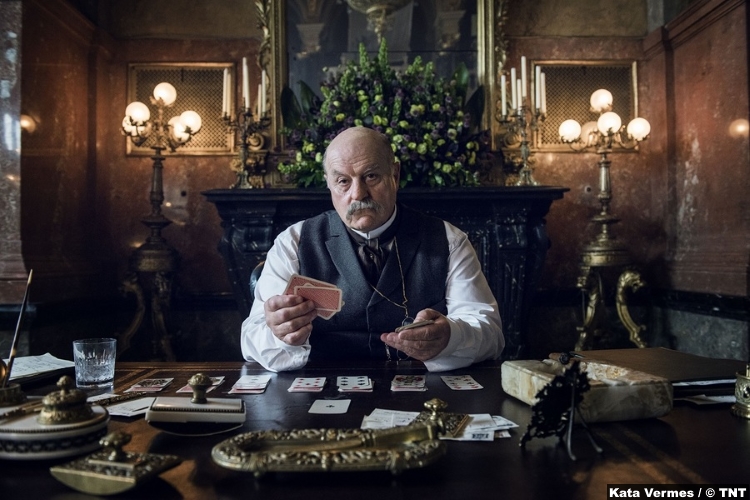 John is getting chloroformed in the ice cream parlor while she’s putting this together, by the way. He and Kreizler are taken to JP Morgan’s house, where the many sainted men of the episode title–Morgan, Byrnes, and Bishop Potter–confront them about their investigation. They’re still worried about it coming back to the Van Bergens. Once they reassure Morgan–the real power in the room–that they’ve already dismissed Willem as their suspect, he leaves them alone to do their work. But quickly, he emphasizes, because these ghastly deeds are making the city’s working class less “compliant.” Over in London, Karl Marx does a full rotation in his grave.

That might be a problem, though, because John finds out about Kreizler slapping Sara. She doesn’t tell him explicitly, but she heavily implies it. Kreizler, who has no defense for it, does what he does best–projection. He mocks John for playing the white knight, especially for a woman who will never see him in *that* way. So after telling Kreizler he’s going to die old and alone, John leaves in a huff–Kreizler is getting good at making people do this–immediately falls off the wagon, and gets his block knocked off by Connor in an unrelated incident.

Finally, after weeks of hinting, the subtext becomes text. Kreizler invites Mary to have dinner with him and then it ends in kissing and probably other stuff, I don’t know.

7/10 – After seeming to realize the urgency–there is a killer out there who is eliminating children on a fairly regular schedule, maybe we should stop him–the show inexplicably slows down so John and Laszlo can get all up in their feelings. And speaking of inexplicable things, John cannot possibly be this dumb. He gets duped not once, but twice this episode. Thrice if you count how easily Laszlo pushes his buttons. After all he’s seen, like the scalped child that nearly opens this episode, I just can’t buy him as that naive. On the plus side, though, there are some lovely monologues courtesy of John Sayles.

Since the subtext became text this week, there’s really no relationship gossip to talk about here. Instead, I’d like to make a recommendation. If you like true crime (and if you’re watching this show, I bet you do), you’ll probably like I’ll Be Gone in the Dark by the late, great Michelle McNamara. It’s both an account of the notorious Golden State Killer and her obsession with trying to catch him. For true crime fans, the case is irresistible. For one thing, there’s so much we know about the GSK that it seems unfathomable that he still hasn’t been caught. For another, he comes off more like a movie serial killer than the usual real life version. But that’s the thing–he is real. And nobody’s that good. He’s made a mistake somewhere and all it’ll take is one person to figure out where. See? Irresistible.