The Alienist S01E02 Review: A Fruitful Partnership – We get some vital clues

There have been several serial killers who preyed on sex workers and in doing so, many people believe they were able to kill staggering numbers of them because no one really cared. According to a number of sources, the people who were supposed to care dismissed these crimes as cases with “no humans involved.” Of course, these attitudes didn’t just spring up this century or the last.

This is what Sara and John find when they visit the Santorellis, the family of the boy found dead last week on the bridge. The family has already been visited by two policemen and a priest, who warned them violently not to speak to anyone about their son, because his death was just like the other boys’. That’s right, Giorgio and Benjamin have not been the only victims. 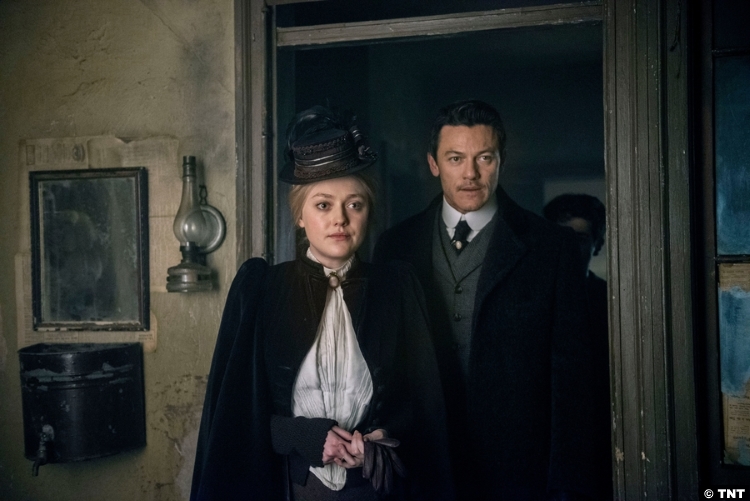 The Santorellis live in squalor in a tenement flat with like, 30 other people. It’s a hard existence and they don’t need reminding from Captain Connor (David Wilmot), one of the visiting policemen, that they’re not considered human. I’m sure they can read it in the way people look at them. Even John judges them harshly–when Kreiszler asks if Giorgio was abused, John asks what child isn’t [beaten] “in that godforsaken part of the city.” Okay, but Mr. Santorelli wasn’t beaten by anyone who lives in Little Italy.

But more importantly for now, again, there are more victims out there. Sara finds two of them hidden or forgotten–it’s hard to tell–in cold case files. Kreiszler realizes there’s a lot of smoke here, so he makes it his mission to ferret out the fire. So, obviously it’s time to go to the opera. 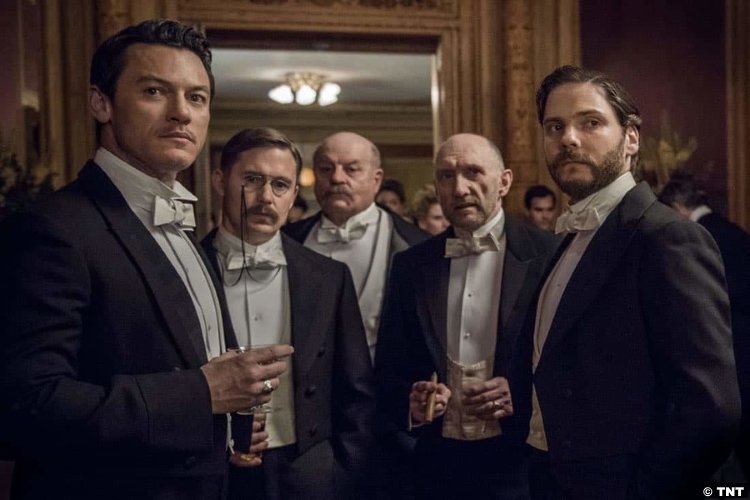 As it turns out, the trip to the opera is not simply a way to torture John, although that’s fun, too. They’re there to run into Commissioner Roosevelt, hopefully to get his permission to run a secret parallel investigation of the boys’ murders. Parallel seems a bit much, though, as there’s not really a main investigation underway.

So the super team assembles for the dinner at Delmonico’s, a classic part of the book, where the Isaacsons are woefully underdressed. In a private room, the twins reveal what they’ve put together so far, including their supposition that the weapon used to mutilate the bodies was an “Arkansas toothpick” (a dagger similar to a Bowie knife). I can only imagine what the waiters are thinking as the group discusses eye removal. 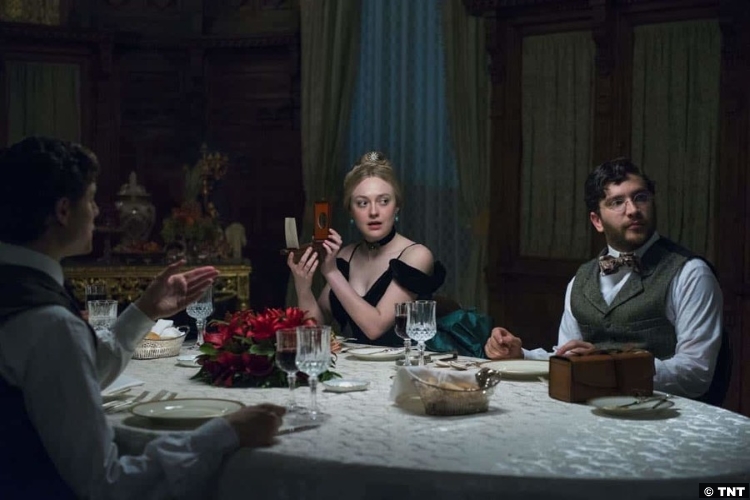 The Isaacsons also bring up the new science of “dactyloscopy,” which you know better as fingerprinting. This might all be abstract, except that they’ve found a fingerprint (or “finger mark,” as they say) on a pocket watch left in Benjamin Zweig’s suit. They can assume it’s relevant to the crime because it was left in blood.

As the dinner comes to a close, everyone has their roles, except for John. As he’s been antagonistic toward the whole venture, Kreiszler is like, well, why don’t you just leave? Your role is pretty much done here. So John stalks off in a huff, with Kreizler’s servant Stevie (Matt Lintz) secretly trailing him. And it’s a good thing he does, because John has apparently decided that he is too valuable to the case! On that note, he goes directly to a molly house where Giorgio, alias Gloria, was employed. 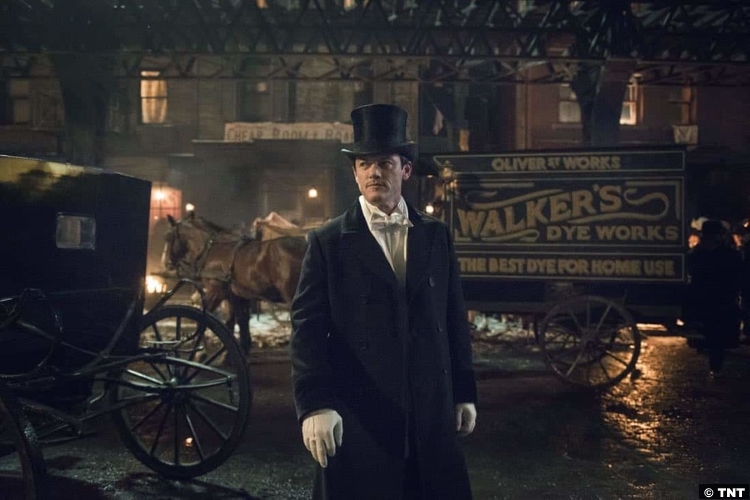 In case you were thinking that John conducted a subtle investigation and was able to get away with a lot of valuable information, he gets his drink drugged immediately. He does find out two things, though. One, that Gloria’s most regular client was someone they called “Silver Smile.” And two, that the day of Gloria’s murder, Gloria didn’t leave that third floor room the entire time. They knew Gloria was in there, because they could hear someone moving around. But when Gloria never came out, they broke the lock and there was no one in there.

This is a very important clue and let’s just hope that John remembers it. Because as we leave him, writhing around on the bed in a bad trip and being discussed by Connor and the two owners of the house, Biff Ellison (Falk Hentschel) and Paul Kelly (Antonio Magro), it’s not looking good. At least John’s considered a human, though.

8/10 – Although we learn some vital clues in this episode, a lot of it is still devoted to table-setting, sometimes literally. We’re getting the gang together and establishing the atmosphere in which they’re trying to solve these crimes. However, with that attention to detail I mentioned last week, even though not a whole lot happens this week, it’s still interesting to watch. And that’s definitely something the show wants you to do–not just the obvious watching the show, but paying attention. Like, pay attention to how often imagery of eyes comes up.