The Alienist S01E08: Psychopathia Sexualis – So it seems we’ve found the killer…

As I mentioned last week, I was reading I’ll Be Gone in the Dark, Michelle McNamara’s book about the Golden State Killer. There’s a part in it where she talks about the terror of the unknown murderer, that made me think of the hunt on The Alienist.

If you commit murder and then vanish, what you leave behind isn’t just pain but absence, a supreme blankness that triumphs over everything else. The unidentified murderer is always twisting a doorknob behind a door that never opens. But his power evaporates the moment we know him. We learn his banal secrets. We watch as he’s led, shackled and sweaty, into a brightly lit courtroom as someone seated several feet higher peers down unsmiling, raps a gavel, and speaks, at long last, every syllable of his birth name.

This week, the super team gets to that moment–if not the murderer’s day in court, then the reveal of his name. Of course, the thing about a door is that it works on both sides. While they’re getting closer to him, he could be getting closer to them. 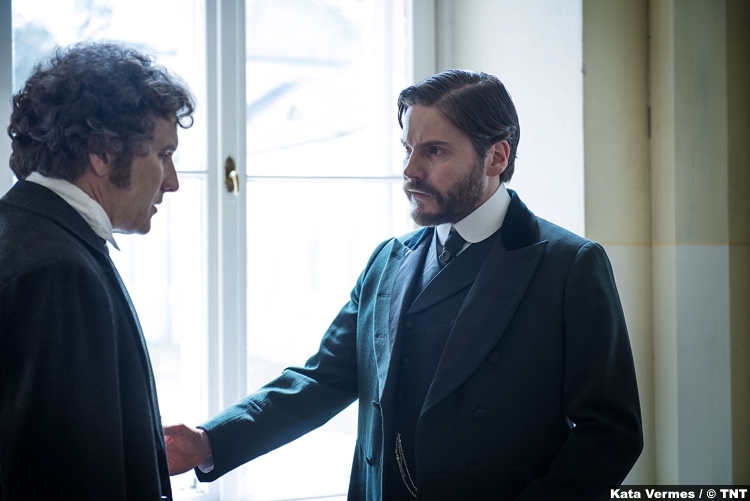 So Kreizler and John head to DC to investigate Sara’s lead. Their separate searches–Kreizler at the military hospital, John at the Bureau of Indian Affairs–don’t seem to lead to much at first. Bunzl, the man they were researching, is dead. Then they realize they’ve got a coincidence with another lead Kreizler’s been given.

After asking about any other patients that might have facial deformities, he was told about Corporal John Beecham, who had a facial tic. Kreizler has nearly ruled him out because  Beecham never went farther west than Chicago. Howver, John has found a case in which the Dury family of New Paltz, NY, was slaughtered and their son, Japheth, was kidnapped, supposedly by “marauding Indians.” Guess where Beecham is from?

So Sara is sent to New Paltz to investigate the crime, Kreizler and John go to Newton, MA, to talk to the surviving son of the Durys, and the Isaacsons are sent out west to talk to Beecham’s commanding officer.

They learn important info right away. Sara, for example, learns that Reverend Dury had been a missionary, attempting to convert Indians in Minnesota. He was unsuccessful. However, he did bring back photos of massacres, which he showed to schoolchildren in town. How sweet. 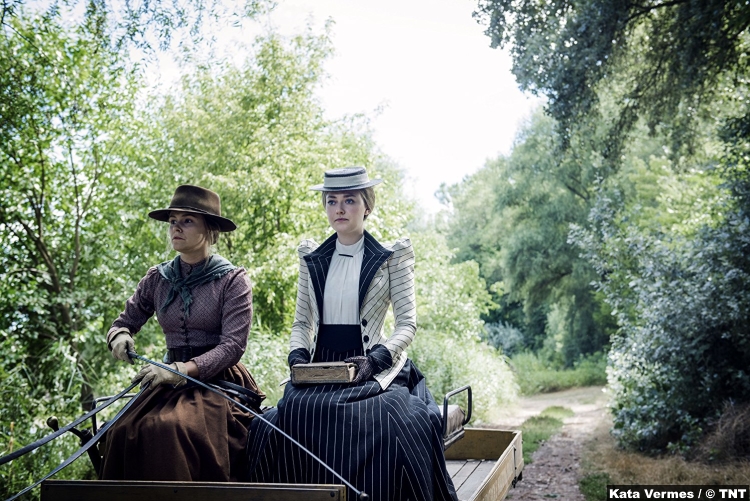 Meanwhile, the Isaacsons hear about the incident that got Beecham kicked out of the Army. The Army was sent in to keep the peace during the Haymarket Riots in Chicago. Beecham was found stabbing a striker, but it wasn’t just the fact that he was full-on murdering a protestor that got him booted and sent to an  asylum. He was naked at the name and sporting an erection. Yikes.

Over in Newton, where they make these fig cookies that John’s meemaw and I just love, he and Kreizler are getting an earful about Japheth Dury. His mother was cruel to him, telling him he wasn’t her son, that he was the bastard of a “Red Injun.” Because of the tic, Japheth found it hard to make friends his own age, but he did find peace in climbing the local mountains. He was mentored in this activity by a local older man, whose motives turned out to be predatory. Adam himself would have killed the man for what he did to Japheth, but the man had a most unusual (and fatal) accident. He toppled from those mountains after his throat was slit. His name, by the way, was George Beecham. 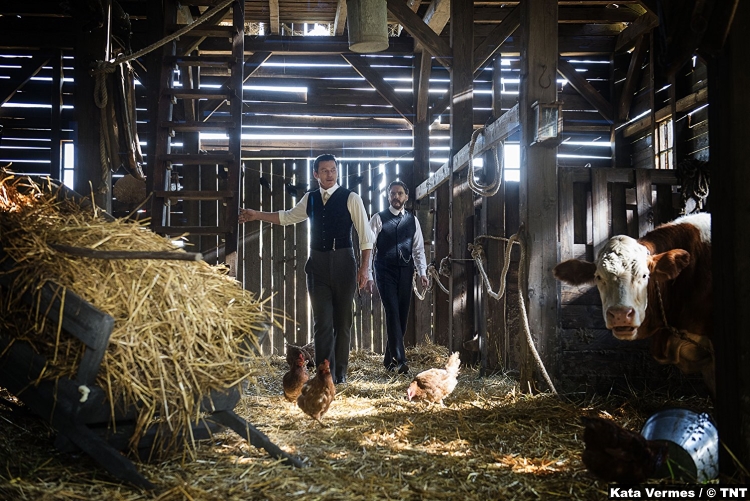 *Record scratch* *freeze frame* Yeah, that’s me, the cow. You’re probably wondering how I ended up in this situation.

So it seems we’ve found the killer and all we need is the super team to get back together to share their findings. There are, however, impediments to this happening. Kreizler and John’s carriage driver is shot while they’re driving and they narrowly escape being hit themselves. As it is, the horses go wild and the carriage is wrenched free, plunging down a small embankment. While John and Lazlo walk their way back to civilization, Lazlo confesses that he’s in love with Mary.

So you know it’s bad news when Connor, Doyle, and “the Swede” (the man who previously chloroformed John and probably just shot at him) invite themselves into Kreizler’s home while the doctor’s still away. Despite JP Morgan’s encouragement that the super team solve this case as quickly as possible, he’s still pressuring Roosevelt to end it and the police (former and current, including Byrnes) really want to end it. They think that if the team solves it, it’ll make the police look bad.

So Connor searches the house looking for Kreizler, which Mary takes offense to. She attacks him with a knife and in the ensuing struggle, she’s pushed off the landing and falls to her death. Our final image of the episode is her face, her eyes staring off into the next world.

9/10 – This was a great episode, despite the fact that Mary deserved better. John has skated out of a number of situations, usually provoked by his doing something incredibly dumb. The one time Mary does something extremely ill-advised, she has to pay for it with her life? I don’t buy it. And the same goes for Cyrus. Just a week after Kreizler was rightfully scolded about how he treats Cyrus, the man is rewarded by being chloroformed in his own home. At least he’s not sleeping in the stable anymore. I mean, Robert Wisdom (who plays Cyrus) was Bunny Colvin! He created Hamsterdam! Give him more to do.

This week, in lieu of relationship talk [bye, Mary], I have another recommendation. The podcast Criminal’s most recent episode, “Willie Bosket,” tells the sad tale of the eponymous man whose juvenile crimes led to the passage of new laws in New York. He may remind you of Jesse Pomeroy, another New Yorker with a notorious juvenile record, who appeared on an earlier episode of The Alienist.