The Alienist S01E04 Review: These Bloody Thoughts – It feels like it’s all coalescing for the first time!

We left The Alienist last week with the man himself alienating his (only?) friends. It becomes clear this week that that’s just his thing and you either sink or swim with him. Luckily, despite the probing questions and the gruff demeanor, he’s a lot more understanding than you might think.

That’s a good thing, becau–ah, dammit, John. I’d thought that it was the murderer who’d picked up John’s sketchbook last week at Castle Garden–and maybe it was!!!–but somehow it’s ended up in Connor’s possession. And of course, it’s monogrammed. So to recap, Connor shows up in Roosevelt’s office this week with a sketchbook full of drawings of dead boys with John’s initials on them. It looks bad, is what I’m saying. But anyway, Roosevelt’s the commissioner, so I don’t know why the team even has to be kept secret. 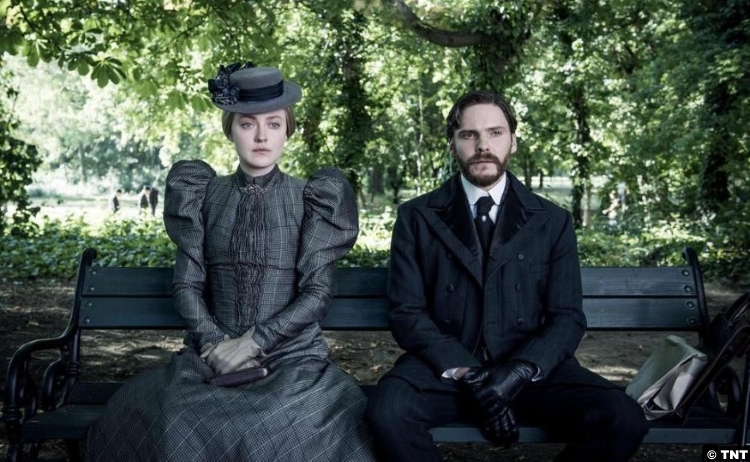 Whatever. Roosevelt tasks Sara with delivering it to Kreizler, who’s “in one of his trances” (according to Cyrus) in Central Park. Despite her reticence in hanging out with him, especially after their last conversation, he persuades her to sit down. He points out a woman in the park who’s rocking a pram. The pram is actually empty, because the woman drowned her babies. Wealth and privilege kept her out of jail, so now she’s free to stroll around the park with her empty pram.

If she lived today, it seems clear that she’d be diagnosed with post-partum psychosis, but in her time, there’s no diagnosis and no real treatment for her. Still, Kreizler sees in her the pressures on women that were prevalent at the time. Some of those women became diamonds under that pressure and others just crumbled into coal.

While Kreizler and Sara are discussing first wave feminism, the Isaacsons are gathering valuable evidence. On the ground at Castle Garden, they find a piton (a climbing spike), a clue to how the killer is able to leap tall buildings. It turns out he ain’t Superman. 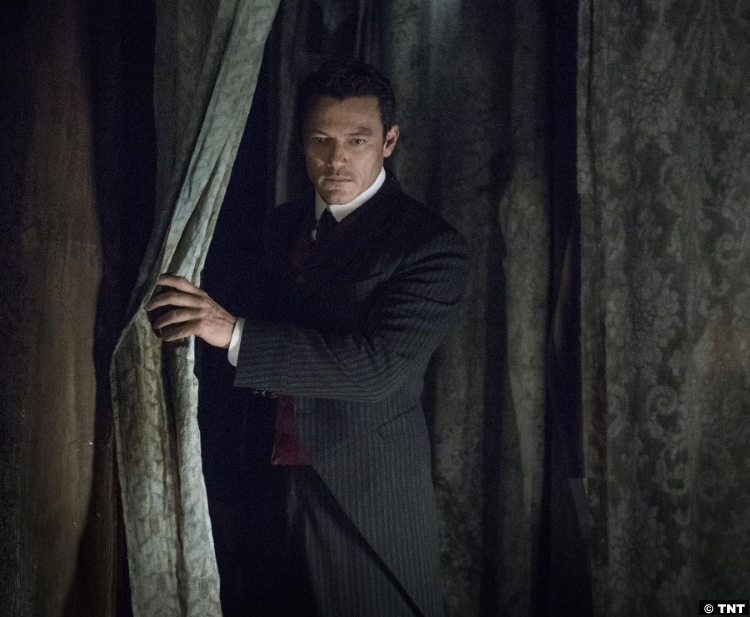 Meanwhile, Marcus and John are at the molly house where Ali, alias Fatima, the most recent victim, lived. Marcus figures out how the killer got in, using a rope to climb down from the roof. Up there, they meet a boy named Joseph, alias Bernadette, who tells John that Ali met a “saint” who promised to take him to a “castle in the sky.” Joseph has never seen the man, but John gives the boy his card, telling him to contact him if the man comes around again and not to go with him.

John also cracks the mystery of the silver smile. Unfortunately, it’s not a grill. (I know. I’m disappointed, too.) He visits a dentist, who is stumped by the question, but the dentist’s patient is not. Apparently, it’s discoloration caused by ingestion of mercury salts–“One night with Venus, a lifetime with Mercury”–meaning the killer was treated for syphilis. So we’re looking for a syphilitic rock-climber?

Okay, then. With all these clues being uncovered, it’s easy to imagine that the super team feels like they’re gaining the upper hand. Of course, they couldn’t be more wrong, a realization they have simultaneously when they’re all invited to a club. All of them have purportedly been invited by Kreizler, except for the alienist himself, who was invited by John. But he and John didn’t send the invites. 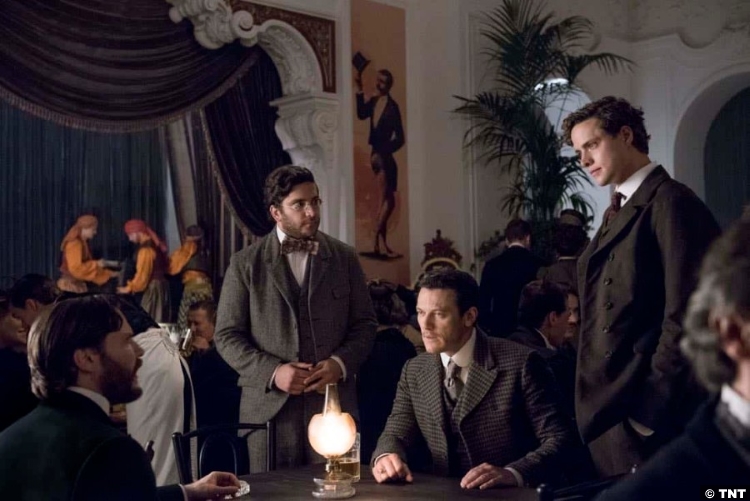 Who did becomes clear when Sara (also supposedly invited by Kreizler) arrives with a letter that was sent to Mrs. Santorelli from the killer. It didn’t occur to me when I was reading the book, but hearing it in the episode made me realize that it was undoubtedly inspired by Albert Fish’s letter to Grace Budd’s parents. [You can read that here, but I must warn you, it is a letter that describes the murder and (possible) cannibalism of a child.]

The letter is disturbing enough, but pales a little in comparison to the realization that the killer must be at the club with them, gathering them there so he can feed off their reactions, just like he fed off Mrs. Santorelli’s fear and anguish.

And if he’s there at the club, then he can’t be the young man (Josef Altin) we see trying to pick up some young boys at an ice cream shop. You know, the guy who’d be finely arrayed if he weren’t sporting a mouthful of gunmetal-hued choppers. So we’ve found the Silver Smile, but with those syphilitic sores on his arms, I don’t think he’s climbing anything more challenging than his parents’ disappointment. It looks like the real killer is still out there and the call is coming from inside the club.

9/10 – This has not been a bad show to begin with, but with this episode, it feels like it’s all coalescing for the first time. It’s always fun to watch (fictional) detectives look for a serial killer, but it’s more fun when the killer is looking back. Of course, that’s the sort of thing that Nietzsche was warning against, but I’m sure they’ll be fine. Oh, we’re just going to forget what happened to John at New Paresis Hall? Oh, okay.

And now, this week on love venn diagrams on Those Children Must Be Easily Impressed–That Guy’s Teeth Were Cement Gray! Finding Kreizler not at home–because he’s at the park with Sara–John takes Mary out on the town. They see a Vitascope film and it’s all very charming. Then Kreizler comes home and is upset Mary isn’t there. When he goes into her room looking for her, he smells her shift. Yikes. Meanwhile, I haven’t mentioned this before, but Marcus has been sleeping with a socialist activist (Esther, played by Daisy Bevan). I haven’t mentioned it because it’s not been that relevant to the main plot, but they’re still showing it to us, so I fret it’s not leading anywhere good. See y’all next week!