The Alienist S01E05 Review: Hildebrandt’s Starling – Time is running out!

After the creepy evening at the club last week, this week Dr. Kreizler brings in a graphologist to examine the letter sent to Mrs. Santorelli. He determines that the writer was taught the Palmer Method of cursive, so the writer is most likely between 24 and 35. He also believes that the writer is a man and he hopes that this letter is just a thought exercise. 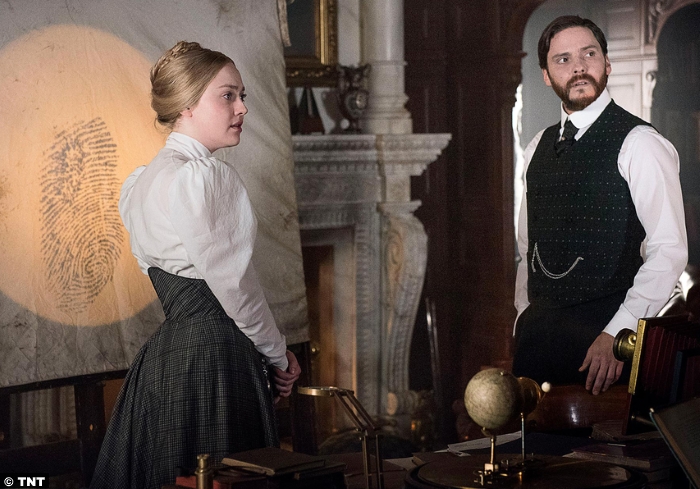 Despite all the hints that the letter writer and killer–the Isaacsons found a fingerprint on the stamp matching one from a crime scene–is a man, Sara sees in the grotesque imagery of the letter the imprint of a woman. To wit, she believes that the killer was shaped by the influence of a dominant woman. Kreizler disagrees with her and she pushes back, not noticing that steam is about to start coming out of the doctor’s ears. Finally, he explodes, hollering that if there had been a domineering woman in the killer’s life, there wouldn’t be a killer. Just when we thought the alienist was starting to learn social skills.

Kreizler takes John to visit Jesse Pomeroy, who started attacking younger children when he was prepubescent and graduated to murder by the time he was 14. (He was real, by the way.) Kreizler is again trying to dig into the mystery of why people kill, but Pomeroy has no answers for him. Or no answers that would help. He’s a process killer and they’re looking for a mission-oriented (mixed with a splash of power/control) killer. Of course, it’ll be ’round about a century before they know that. 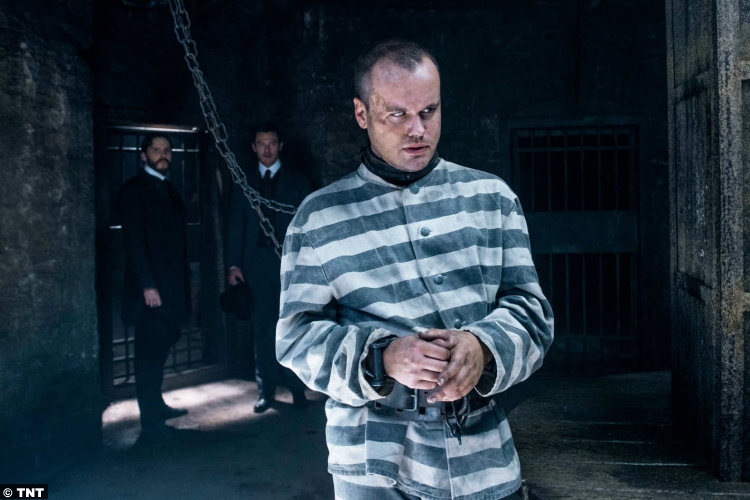 Meanwhile, Roosevelt is ambushed by the mayor with not-so-subtle threats to stay away from Willem. The only problem is, the mayor presents it all very vaguely, referring only to a person from a family of means, and Roosevelt has no idea who’s he talking about. When he later questions Connor, the officer claims ignorance as well. So, the commissioner enlists Sara to comb through police records for well-heeled terrors that could be likely suspects in crimes like these.

Sara, who is brighter than anyone on this show is really giving her credit for, finds a redacted file that nevertheless leads Kreizler to Willem. While visiting the bishop named in the incident report, Kreizler also realizes that the murders are all connected to days that have significance in Christianity, like Ash Wednesday. That’s very important because a religious holiday (Pentecost) is coming up soon. 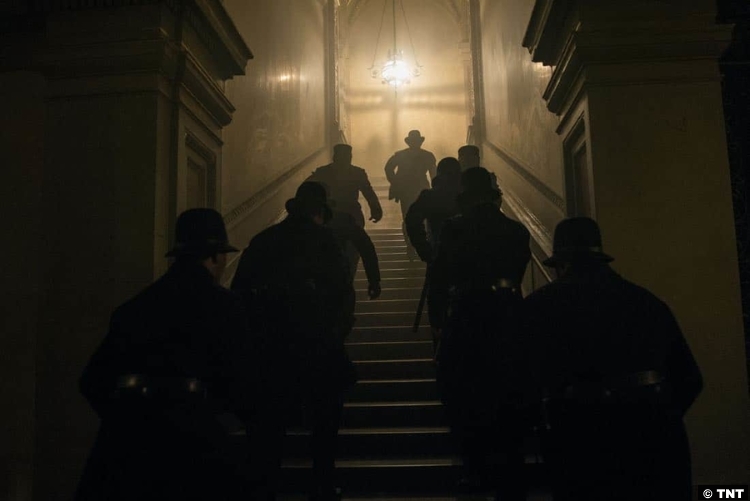 Having tasked Connor with finding Willem’s whereabouts, Roosevelt and a troop of officers descend upon an anonymous address, while we cut to Willem having a young boy soak in milk before donning a dress. Then comes the knock at the door. Roosevelt stands on one side of a door, announcing the police presence. Willem and the boy stand in the room listening to a knock.

The thing is, these scenes are happening concurrently, but they’re not happening at the same address. Roosevelt is startling some poor older woman and Willem is actually being visited by his mother, who has the boy dismissed before she tells Willem that he’ll have to go away. Here is a dominant woman in a young man’s life–witness the petulant tantrum he throws in response–but is he the killer? [I say no.]

Well, Kreizler now suspects that the killer is not a person of means or if he is, he’s a parvenu. I’m not sure exactly how he came to that conclusion, but sure, we’ll go with it. Besides, the odd misspellings in the letter he sent may be a hint of that, in addition to being an attempt to disguise the author. That means the killer is still out there working toward Pentecost.

Not working is Connor, who has his badge and gun stripped by Roosevelt and is left standing in the rain. He’s a gentle, understanding soul, so I’m sure he’ll take this as an opportunity to grow and better himself. [No, he won’t.]

8/10 – Realizing the killer’s working on a schedule has added an urgency that wasn’t quite there before. Yes, they wanted to find him, but now they know they’re working against a deadline. The Willem-related storylines are interesting, but it’s still remains to be seen exactly how he fits into the story or if he’s just a red herring. Of course, some people believe he is the killer and he could be, but I’m not sold on that.

This week, there wasn’t a lot of movement on the Sara-John-Kreizler-Mary love quadrangle, although John did mock-propose to Sara while getting his shoes shined in the literal street. Esther, Marcus’s socialist friend with benefits, had dinner with him, Lucius, and their mother, who seemed like she just wasn’t that into Esther. By the way, now that the Isaacsons have been issued Colts, as Roosevelt wants all employees to carry them, we know it’s only a matter of time before something goes boom. That doesn’t portend well.