The Alienist S01E03 Review: Silver Smile – If only the alienist would stop alienating people.

As the super team works on their case, the police already have their own idea of who might to be blame. To wit, retired chief Tom Byrnes (Ted Levine) goes to visit the Van Bergens, the parents of a wealthy young man who’s apparently known for his indiscretions with the young. He’s warning them that Willem, the young man, may have gotten into trouble that’s tricky to get out of, but c’mon. You think affluenza was just invented? 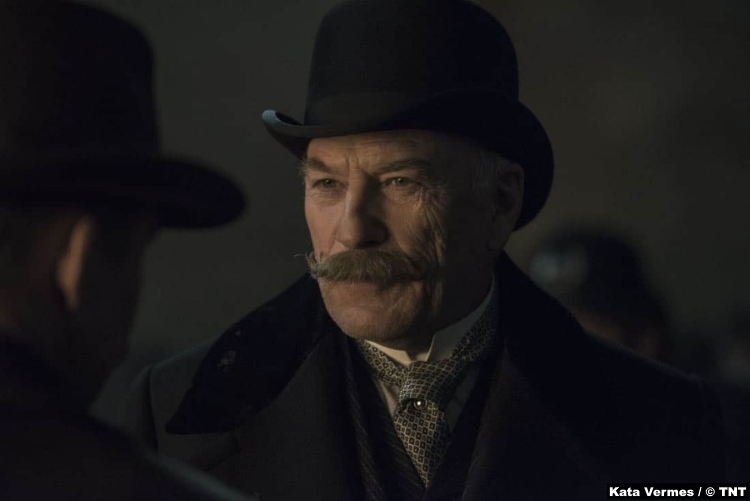 Anyway, while we don’t go back to the Van Bergens, I believe we get a glimpse of their son ogling a teen at a men’s pool. Last week, we got a glimpse of the likely killer, as a young boy in a room with a shadowy figure asked the figure, “What’s wrong with your mouth?” That would indicate the figure is the same person Gloria called Silver Smile, because a 19th century kid would probably be befuddled by a grill, which is what the moniker seems to describe. Anyway, I don’t believe these two men are one and the same, but we’ll see.

Meanwhile, the super team is studying the fingerprint they pulled from the pocket watch. It bears a strange mark, an absence of whorls that could be a scar or a cut. This is the scene to which John awakens, having been found wandering the Tenderloin by Stevie. John was missing his pants at the time, which would fall in line with the conversation Byrnes, Kelly, and Connor have, in which it is implied that John was sexually assaulted at New Paresis Hall.

Unfortunately for John, no matter what happened, this is something he’s going to have to bear alone. He must be stoic and he must be silent, as was the way at the time. He can’t dwell on it.

To its detriment, neither does the show. There is, after all, another body, another dead boy. Nevermind that both crimes are part and parcel of the same system of abuse. We’ve got to concentrate on our hunches! 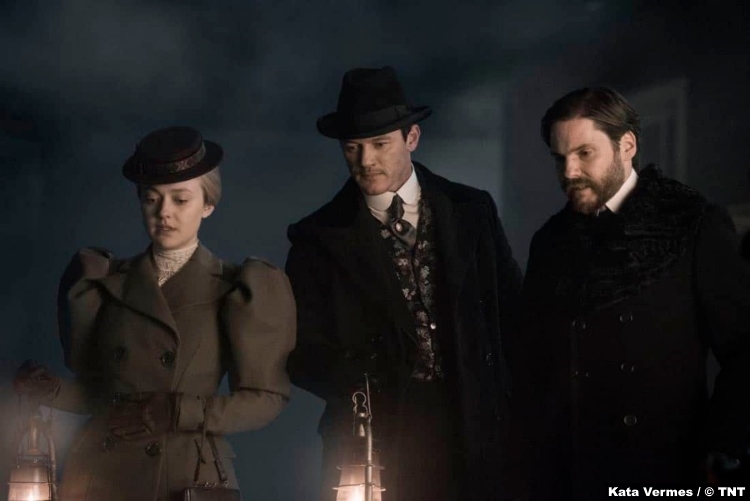 Anyway, it appears to be the boy we saw earlier, the one who asked about the mouth, but it’s hard to tell with his eyes missing. His body is found at Castle Garden, on top of a skylight. Again, the killer’s gotten into and out of a spot that’s difficult without wings. Roosevelt is there with the Isaacsons and they’ve begun the investigation without bothering to tell any other police, a fact that rattles Connor once he finds out, so he assembles the 19th century equivalent of a SWAT team. It’s clear why he’s doing it–he’s mad and embarrassed at being kept out of the loop–but it looks more than a little ridiculous to ride up with the cavalry and barking dogs for a boy who isn’t going anywhere. As for why Roosevelt is keeping things close to his waistcoat, he was known for trying to institute police reform, so TV Roosevelt is doing the same by trying to cut out officers he believes are corrupt. And he’s right–they absolutely are corrupt, openly counting out bribes in the precinct.

Meanwhile, curled up in a dark corner of the ceiling, a figure listens to the super team above as they talk out theories. They don’t get very far in the limited time they have, but Sara does put it together that the bodies have all been found in high places and all the places have something to do with water. She also points out that the first bodies were hidden, while the more recent ones were anything but, leading Kreizler to conclude that the killer’s “evolved.”

What he’s evolved into is anyone’s guess, as the team has to beat feet once old-timey SWAT shows up. John, as is his way, immediately drops his sketchbook on the scene. Luckily (?), it’s found by the killer and not by Connor or Byrnes or one of the main police officers. 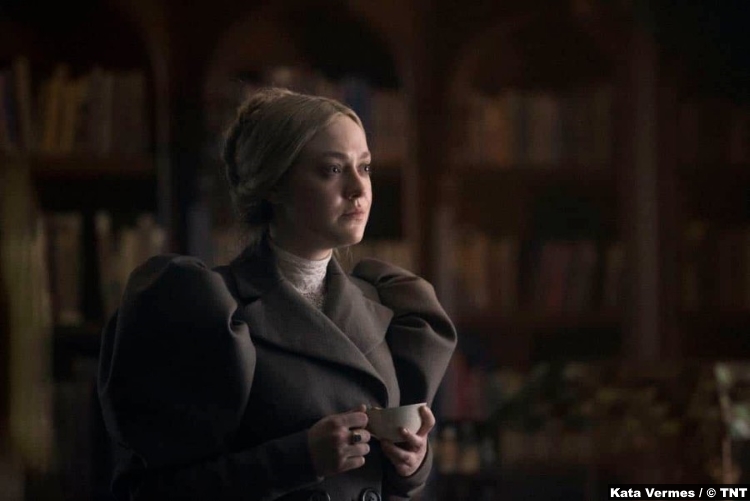 And here is the place and time where the super team would get to work, but Kreizler, ever the analyst, can’t help himself from analyzing his friends. Finding Mary in the study where they’re keeping their case notes, he berates her for being there. As Sara later concludes, he’s trying to protect Mary but was embarrassed to show his feelings in front of Sara and John. So he distracts them from his feelings by digging into theirs, needling John about his inability to cope with hardship [great timing, Laszlo!] and interrogating Sara about how she coped with her father’s suicide. Earlier, he had upset Cyrus (Robert Wisdom), his valet, the same way. Cyrus once killed a man*, so Kreizler takes the opportunity to get inside a killer’s head. In his singleminded focus, it doesn’t seem to occur to him that Cyrus is (as far as we know) not a serial killer and did not kill a child, so any insights gathered from him won’t be that germane.

They’ve gathered some important evidence and are starting to stitch it together. If only the alienist would stop alienating people.

8/10 – The show is solidifying what it wants to be and do, and it’s become adept most of the time at handling the tonal shifts necessary. However, skating over whatever happened to John is a weird note, especially in light of the kind of crime they’re investigating. They may come back to it, of course, and that would be to the show’s benefit. As it is, ignoring it seems like a glaring omission. Y’all will repeatedly show children with their eyes cut out, but skip that?!

*Cyrus is not the only one in Kreizler’s employ who committed a crime, as we also learn that Mary burned her father to death.

In other things I couldn’t fit in: John’s mom (Grace Zabriskie) tries to set him up with a young lady and that goes about as well as you’d expect. Also, Sara is the only singleton at her college reunion. John kisses Sara on the cheek after their disastrous last conversation with Kreizler and it’s almost as awkward as Mrs. Moore’s matchmaking tea party. And speaking of tea, Sara has a thing for Kreizler, but he’s got a funny tension with Mary. Tune in next week to Guys? Children Are Being Murdered for more details on love venn diagrams!