The beauty of Fargo being an anthology series means that we can come into the third season with no preconceived notions about the storyline other than it’s probably going to be great. That’s based solely on the quality of the first two seasons, which were both stunners in their own ways. (And while I’m here, lemme plug show creator Noah Hawley’s book Before I Fall. It wasn’t the best book I read last summer—that honor goes to End of Watch, the final book in the Mr. Mercedes trilogy by obscure New England author Stephen King—but it was pretty darn fantastic.) 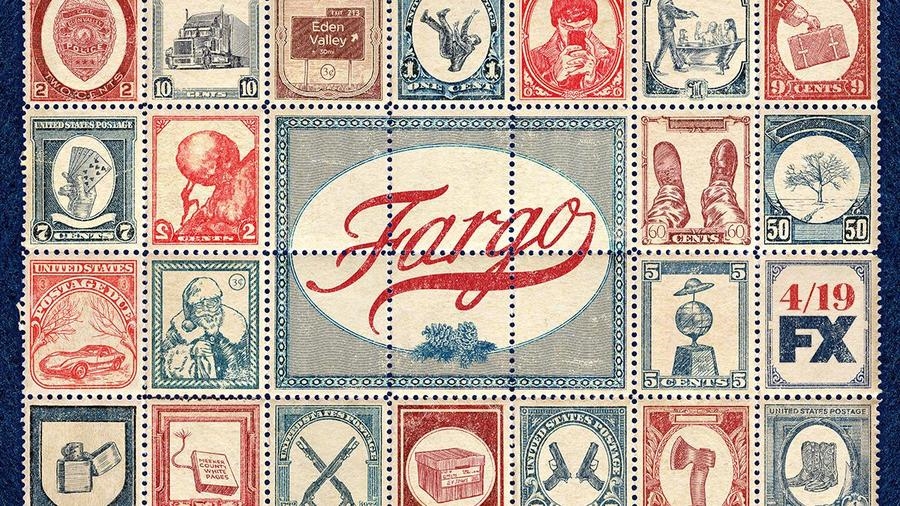 I’m also going to base it on the showrunners having the good sense to cast Carrie Coon. Now with her regular role on The Leftovers and here on Fargo, she’s on our TV screens twice a week and we are better humans for it. Certainly every scene she’s ever been in is better because of her. It’s exciting to have her on Fargo, which has never lacked for fully-dimensional female characters, all the way back to the iconic Marge Gunderson.

Season 3 begins not in Fargo or Minnesota, but in East Germany of all places. It is 1988 and East Germany won’t be a country for much longer, but the men we meet there don’t know that, of course. They are a Stasi interrogator (the wonderful Sylvester Groth) and a man who insists that he’s a married German named Jacob Ungerleider, but whom the interrogator insists is a Ukrainian immigrant named Yuri Gorka who killed his girlfriend. 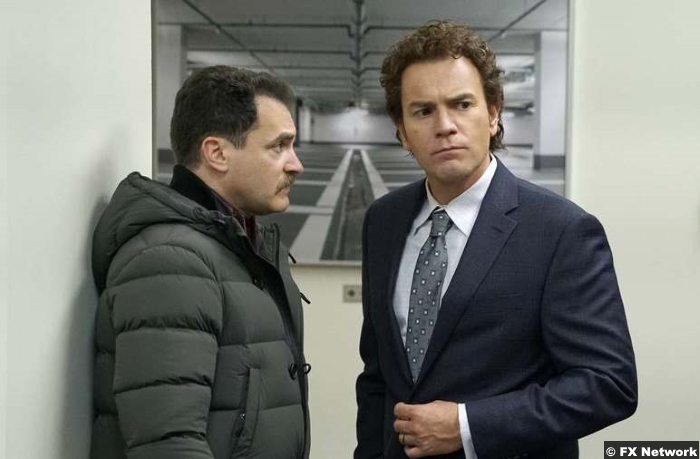 It’s not quite certain what this has to do with Minnesota in 2010, but that’s where we go next, courtesy of a winter scene photo on the wall. That’s where we find Ewan McGregor who’s got the showy role this season, or should I say “roles,” as he’s playing the characters of two brothers, Emmit and Ray Stussy. Emmit is the well-respected businessman and Ray is…less so. Like so much trouble in the world, everything begins with a tiny conflict. Ray the parole officer’s got a flashy girlfriend (parolee Nikki, played by Mary Elizabeth Winstead)  and he wants to buy her a ring. Emmit won’t loan it to him, so Ray starts thinking of the antique stamp collection Emmit inherited from their father. He’s resentful, because all he got was a Corvette. He then gets one of his other parolees, Maurice LeFay (Scoot McNairy) to steal a stamp for him. 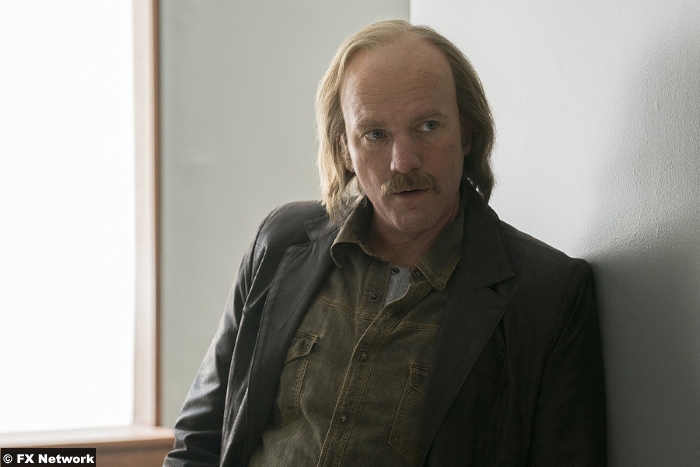 Because Maurice is not exactly a master criminal, he almost immediately loses the scrap of paper with Emmit’s details on it. He decides to carry out the crime anyway, based on his hazy at best memory. That he ends up going to the wrong town (Eden Valley instead of Eden Prairie) is no surprise. Then he further compounds his idiocy by stopping in at a gas station and stealing a page from their phone book to the protests of the clerk. He finds an E. Stussy on the page, to Mr. Ennis Stussy’s unfortunate doom.

It’s Police Chief Gloria Burgle (Coon) who finds the remains of Mr. Stussy, her stepfather. He’s been taped to a chair before being murdered and it seems obvious to Chief Burgle that whoever killed him was looking for something. So she looks for it, too. What she finds is just confounding, though. A scrap of fabric on the banister and her stepfather’s own secrets, which seem to be nothing more than a couple of sci-fi novels in a lockbox. 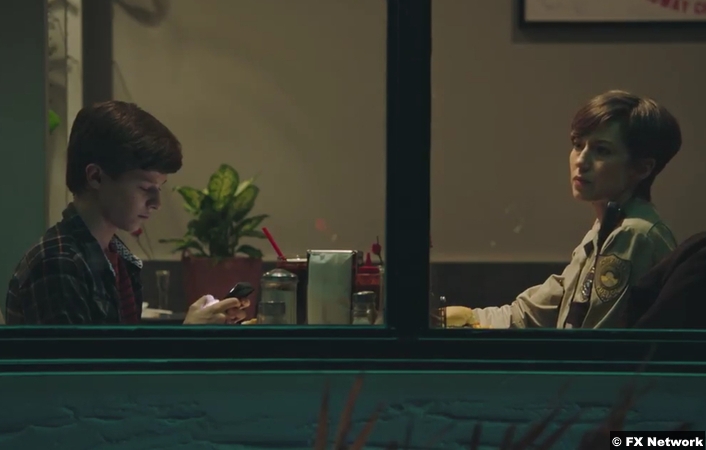 Meanwhile, although he’s escaped death, Emmit’s got his own problems. It seems his company took a loan a couple of years earlier and while they’re ready to pay it back, the representative from the loaning organization, V.M. Varga (David Thewlis) explains that they have different ideas. More like money laundering ideas, using Emmit’s company.

That’s tough, for sure, but Ray is still in a harder spot, as Maurice shows up and tries to extort him. Maurice, however, is a character who’s too stupid for this world and is easily out-maneuvered by Nikki, who with Ray’s help, drops an air conditioner on him. If only all Fargo’s characters’ problems were solved so easily.

8/10 – Although it’s unclear how some of this (East Germany, for example) fits in and how this season connects to the others, it’s off to a pretty good start so far. Hopefully, they can calm down on the fan service—all the Coen Bros references get a bit gimmicky after a while—and just tell us a true story.