When Vince McMahon purchased WCW in 2001 he not only ended a business rivalry that at one point nearly brought down his family’s company, he also swallowed up the legacy of a pro wrestling dynasty that dated back a generation. Soon after, he did the same with ECW, and though Paul Heyman’s little-promotion-that-could never existed long enough to have the word “dynasty” attached to it, it was still a powerful third place promotion with a fiercely loyal fanbase behind it. 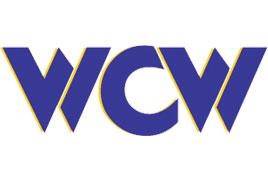 In the span of a few months the World Wrestling Federation went from being the most watched pro wrestling show on TV to being the only wrestling show on TV. And though the company tried to mount a WCW comeback, that endeavor died a quick and messy death. Just as soon as the WCW relaunch began it was ended, and soon after the frustrating “Invasion” storyline began in its place. ECW wrestlers and logos were eventually folded into the endeavor but less than a year later the whole thing was scrapped and considered a colossal waste of talent and opportunity.

The WCW and ECW acquisitions were certainly successful “business” moves, initially, but they led to terrible “creative” moves (which in turn led to diminished business), because the WWF/E writers, and particularly Vince McMahon himself, made one critical mistake: They refused to treat their newly-acquired assets, and the history they now owned, with respect.

Fast-forward sixteen years and both WCW and ECW are memories left to history. But the same mistake that was made sixteen years ago is still being made today: The WWE continues to shy away from embracing the history of the businesses they purchased in favor of their own brand. Meanwhile the company sits on a goldmine of brilliant ideas and concepts that have been left to wallow at the bottom of some filing cabinet in Stamford, simply because they were ideas dreamed up by someone named Crockett or Rhodes, and not McMahon. When pressed about some of those bygone ideas, Vince McMahon will give some PR spin about how the company has to look to the future not the past in order to succeed.

He says this, mind you, with a straight face.

Just last month the WWE hosted a PPV entitled “Great Balls of Fire,” a show whose title and theme song were taken from a rockabilly record that is exactly sixty years old (but still younger than Vince by eleven years so maybe he thinks it’s fresh?).

With that said, here are three events synonymous with WCW (that is, Jim Crockett Promotions) that WWE owns and could very easily resurrect for a PPV event, so that they don’t have to plunder from the well that is Sam Phillips-produced 45s. 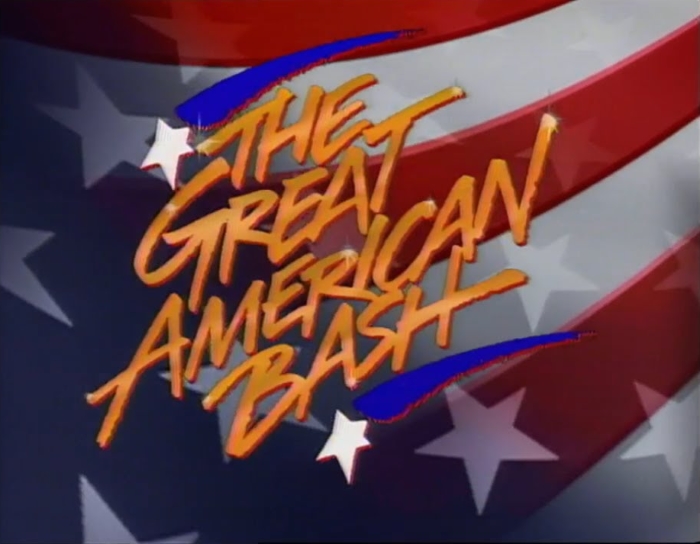 An annual summertime tradition which featured the best of the best wrestlers from Jim Crockett Promotions and later World Championship Wrestling.

Legends like Dusty Rhodes, Ric Flair, The Road Warriors, Ricky Steamboat and many more made this a must-watch show every July. As with many of the great ideas of JCP, it was conceived by Dusty Rhodes. The American Dream saw the potential in a show that could tap into mid-80’s American patriotism, and it worked. The event ran every year until 2000. After that WCW folded and the concept laid dormant until 2004 when WWE brought the show back as a Smackdown Brand PPV. It lasted until 2008, when the “Great American” part was de-emphasized in advertisements. By 2009 the show was renamed “The Bash” and was phased out entirely in 2010. Under WWE’s control, the show never wholly embraced its potential, nor did it treat the show as anything more than another PPV in-between the big ones (WrestleMania and SummerSlam). In fact, since it always fell just a month before SummerSlam, the show was often used as a set-up event where all the big stuff was…well, set-up, in order to be paid off on the important show in August.

An annual WWE Network special every fourth of July.

The company has already played around with the idea of a WWE Network-exclusive show around Independence Day; back in 2015 they ran a show from Tokyo that featured Finn Balor capturing the NXT Championship from Kevin Owens. The idea is sound and running a show on America’s birthday with a title like “Great American Bash” makes too much sense not to do. It’s not like the company is averse to using “Merica” in its branding. The only reason not to do take advantage of “The Great American Bash” name is stubbornness over the name’s origin.

The WWE history books define “Starrcade” as “WCW’s version of WrestleMania.” Never mind that Starrcade predates WrestleMania by a good year and a half. The annual event was, much like WrestleMania, the big climax to the company’s biggest storylines at the time. Ric Flair carried the top match in the first eight shows, and main-evented ten in all. The show was huge and even in the darkest days of WCW was still treated as a major event where big things happen. Some of the most memorable moments in all of pro wrestling can be traced to one Starrcade or another. Ric Flair won his second World Heavyweight Championship at the inaugural event, in what was Harley Race’s torch-passing moment. Dusty Rhodes had his big moment at the 1985 show, defeating Ric Flair for his second World Heavyweight Championship (although it would be reversed “because Dusty”). Sting and Flair had their big two-year show in 1989 and 1990, and of course there’s the 1997 show where Sting defeated the nWo, followed a year later by Goldberg’s win-streak finally snapping.  The show has huge history behind it and the fact that the WWE never did anything with it, apart from a DVD compilation, is a travesty.

A “Night of Champions/Clash of Champions” special but with prestige. First of all, ditch the second “r” (the old TV show “Starcade” is a distant memory) and merge the idea with the “every title on the line” PPV concept that’s been batted around the WWE calendar since 2007. Night of Champions started out in June and then moved to July, and then September and then October before moving back to September (as well as being renamed “Clash of Champions” last year). No matter where they place the event it’s rarely ever given the attention a concept like that should deserve. Granted, for most of its existence the company basically held PPVs every month where every title was on the line anyway, so there wasn’t much novelty. But in the brand-split days a good way to set the show apart might be to feature every title and only title matches, with a show hosted by both Raw and SmackDown. Such a big idea deserves a big name, and Starcade would be perfect. 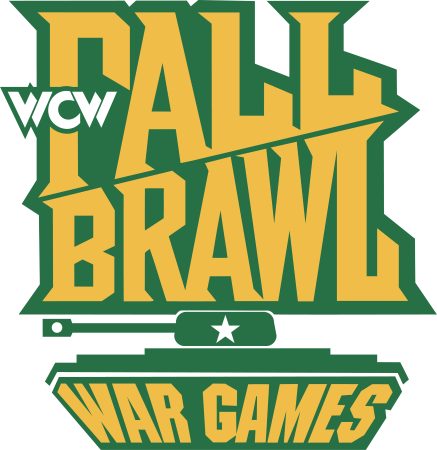 Don’t tell me it can’t work. Don’t tell me it wouldn’t sell. That second idea is especially moronic; WWE’s production department is so amazing they could run a three minute hype video about a turtle feuding with a dead parrot and I would pay $9.99 to watch the fight.

There’s been talk about doing the match over the years and one of the things mentioned was that the way modern arenas are built these days they can’t accommodate the massive double-caged structure since there’s usually a big digital scoreboard hanging in the middle of the rafters. That’s a fair point, except that WWE has shown great ingenuity in the past in the way certain structures like Hell in a Cell and the Elimination Chamber are erected; I have no doubt the great engineers working for Vince could make it work if they wanted to do it.

And why wouldn’t they? It’s the single biggest thing they bought when they bought WCW, other than the letters, and arguably the letters were so tainted, and all the big wrestlers not even under contract, that maybe the best thing they actually bought was the gimmicks and names and concepts that had stood the test of time. The Great American Bash is one such concept. Starrcade is one such name. Wargames is one such gimmick. These events need to be seen; they need to rise again harder and stronger.

When WWE bought WCW they didn’t just buy a rival. They bought their way into an unofficial pro wrestling monopoly. They have an obligation, therefore, to ensure that the history of pro wrestling is preserved, because they’re the only ones with the means to actually do it. They’ve done great things in that regard with the WWE Network, but there’s more than could be done. Sticking historical facts in a history book is not the only way to preserve history. You can also keep the fire burning and keep the ideas of the past in the present…

so that what is dead may never die.