Eric Bischoff is one of the most controversial people in the wrestling industry, and has worked in all three major wrestling organisations in North America; WCW, WWE and TNA.

Bischoff began his career in the industry with AWA, but then went on to become President of WCW, leading the company to become the number one wrestling show in the world for 84 consecutive weeks during the Monday Night Wars.

We caught up with the 56-year-old to talk about getting into the business, the famous Monday Night Wars, working with his son and Scott Steiner’s Twitter rants.

Some of my earliest memories are sitting at home by myself on Saturday mornings raiding the refrigerator for any goodies I could find and sitting back to watch the wrestling. I loved it, it was part of my childhood growing up, I have always been interested in it throughout my entire life.

How did you go from becoming a fan to getting into the business yourself?

As far as getting into the industry it was really more circumstantial and coincidence than anything. When I was in my 20’s and 30’s my professional background was sales and marketing, and I ended up literally getting a job in a sales capacity for Verne Gagne who was then producing a show for AWA, which is still shown on ESPN Classic to this very day.

My interest in television and the process of producing television was such that I volunteered a lot of my free time to be an assistant and learn the process and that’s really how it all started, I kind of just moved up from there.

Did you ever have the ambition to become a wrestler yourself?

No, I never did, not even as a kid did I ever dream of becoming a wrestler. I never even really thought about being involved in the professional wrestling business in any way shape or form, I was just a fan. It was just pure coincidence that I ended up in the business, I’m fortunate and very grateful that’s the way it turned out but there were never any plans or interests in becoming involved in the industry. 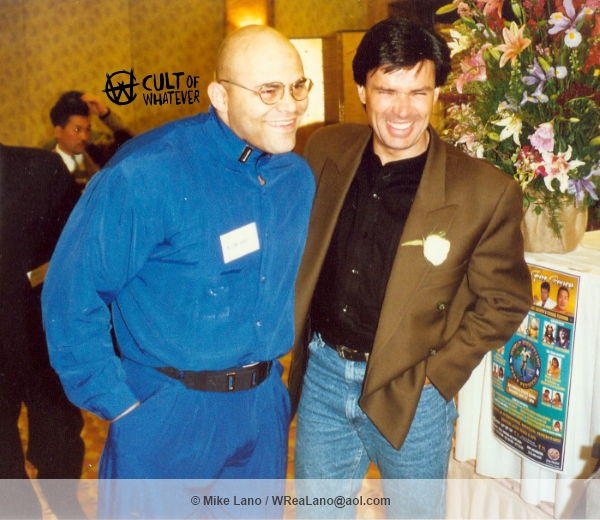 You will of course be remembered for your time as president of WCW, what was that whole experience like?

It didn’t just come about overnight, from working in a sales capacity for Verne Gagne as I described, I then went on to work on camera as an announcer. In 1991 I was hired by Turner Broadcasting to work on camera for WCW and looking for onscreen talent. A couple of years later I worked my way up to an executive producer position and from there I became vice president to executive vice president and eventually president of the division.

It was a long process, from working on camera to becoming president of the company was a several year process but with every step in that process I learned more about the business side of the wrestling industry and took on more responsibilities. By the time I became president of the company I had a clear vision of what I wanted to do and how I wanted to make WCW the number one wrestling company in the world.

What was it like when WCW Monday Nitro beat WWE’s Monday Night Raw in the ratings for 84 consecutive weeks?

When I said I wanted WCW to be the number one wrestling show in the world most people thought I was nuts. To this day most people can’t figure out why I have a difficult relationship with certain sites and the dirt sheets but it is primarily because a lot of those people were the very people at the beginning when I took over WCW talked about how I was under qualified and wouldn’t last six months, so when we became the number one in the world it was very satisfying for me. 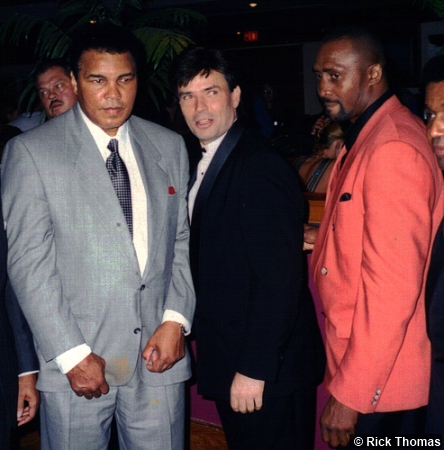 Appearing with Muhammad Ali prior to WCW Halloween Havoc 1994

What was it like working with guys like, Hulk Hogan, Kevin Nash, Scott Hall and Randy Savage with the NWO?

It was a great time, it was a great period, but that’s all it really was a moment in time. It was exciting as hell and very satisfying on a personal basis, it was fun on a professional basis. That period in the late nineties in my opinion was probably the golden age of professional wrestling, at least in recent times.

There were more people watching professional wrestling because of what I did with Nitro and because of the battle between two companies, I was responsible for what people were watching in wrestling in the late nineties and probably throughout anytime in history, and that probably isn’t going to change in my professional lifetime.

Before WCW went out of business, you tried to purchase the company, how close were you to keeping WCW alive?

Very close, probably a matter of between a week and ten days. We actually closed the financing, we raised $67million to buy the company off Turner Broadcasting, we had signed documents, we did all of the legal diligence and we were ready to close the deal when yet again there was another senior change at AOL Time Warner.

When that change occurred the new management that came in, they took a look at every deal that was on the table tore them up and renegotiated everything. When they got to our deal the renegotiation process was such that we decided it wasn’t a worthwhile investment any longer and we walked away from it. 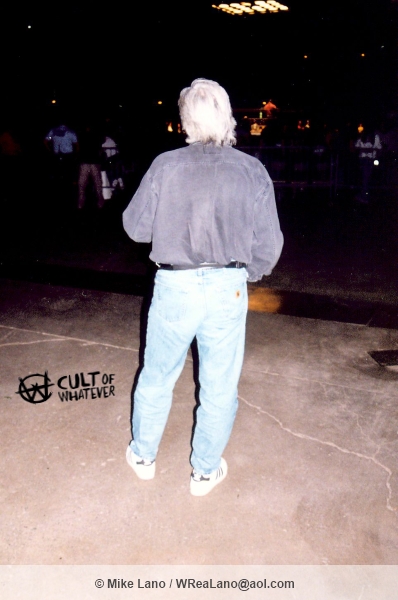 Eric watching the last ever episode of WCW Nitro

One major star you let go during your time in charge of WCW was Steve Austin, did you have any regrets over letting Steve go?

Not at all, during his time in WCW Steve was injured a lot, he was down and he had a bad attitude about it, he didn’t like the way he was being used and the fact that he was inured made it an easy decision to let him go.

People forget when we let him go he went to ECW where he didn’t really become a star and then he went to WWE where he was all kinds of different characters before he finally stumbled into Stone Cold Steve Austin. It wasn’t like he left WCW and then instantly became a huge star in WWE, that’s not the case at all, he struggled for a long time.

He and I actually joke about it, a couple of years ago we had a chance to work together and it was the first time I had seen him since I fired him, and we laughed about it over a few beers, he thanked me because he knew if I hadn’t fired him he would never have found that character. Some things are meant to be and that was one of them.

You became General Manager of Raw, what was it like working for Vince McMahon?

To be honest with you I had actually auditioned to be an announcer for WWE in 1990 while I was still at AWA. It was pretty obvious the Verne Gagne was financially in trouble and I could see the writing on the wall that his company wouldn’t be around much longer. I had to feed my family with young kids at the time and I actually applied for a job with WWE, I went to Stamford, Connecticut for an on-camera audition but didn’t get the job, but I probably wasn’t qualified for it at the time so it didn’t come as a surprise.

It wasn’t until 2003 when Vince called me and asked if I would be interested in coming into WWE and I thought it was a great opportunity and thought it would be a lot of fun and it was. It was a very fulfilling opportunity I had to work with Vince McMahon and everybody at WWE, they are a very classy organisation.

I look at WWE now and am so very impressed with what Vince McMahon and his family, staff and company have done. They are a publicly held company and like all publicly held companies they’ve been in some rocky waters when it comes to the stock-market but they’re still hanging in there and they are growing. They have taken professional wrestling and turned it into a global media phenomenon.