The future of the AEW World Championship

AEW is coming up on the third anniversary of Dynamite as well as the third anniversary of the crowning of the first AEW champion, Chris Jericho. There have been a total of five people to hold the company’s top prize and, not counting Moxley’s still-interim status, every world champ has been a new title-holder. On average the company’s main-event belt has changed hands about every nine months.

Things are weird right now since the official current champ, CM Punk, was injured barely a month into his reign. If he wins the unification match at All Out (not yet a confirmed match, but 99.9% guaranteed), his reign will technically be about a hair over three months old, but he will only just be beginning his time on TV as champ. It’s hard to imagine Punk, if he wins at All Out, dropping it anytime soon afterward. He may lose and head back to square one, chasing for the top prize only to re-win it at Double or Nothing 2023, effectively having a do-over to whatever plans were designed for him in May of this year.

Let’s not think too deeply about how and when the title will leave Punk’s hands. Instead let’s focus on a trio of future contenders who seem poised for a run with the belt, in one capacity or another… 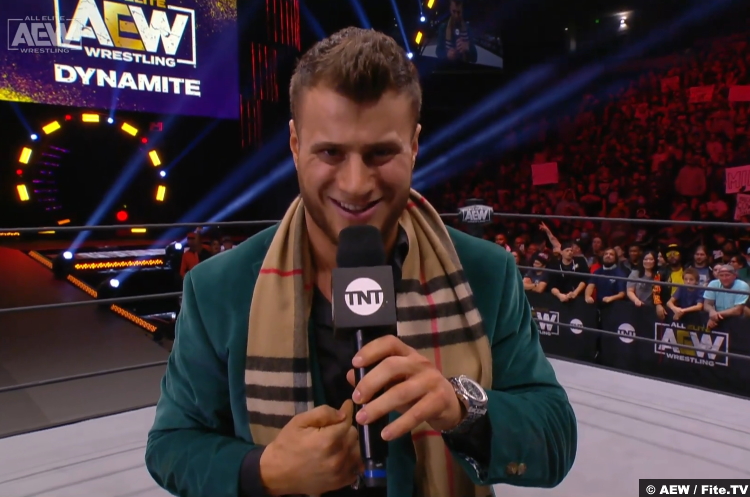 Right now, the most infamous and controversial superstar in the company is still seemingly persona non grata. Whether that’s due to genuine conflict with AEW management, or if he’s being held out for storyline purposes (a combination of the two is not out of the question), one thing’s for sure, his return—if it ever comes—will result in a tremendous level of intrigue. Not capitalizing on it, not launching him to the main event, and not giving him a title run would seem like an equally tremendous waste.

An MJF title run would put the belt on the most vilified heel the company has yet produced, someone who has proven his skill in the ring as well as on the mic. Whoever beats him for the title is certain to get one of the biggest babyface pops in company history. I’m more interested in the boos he gets from winning, though.

On that note, I’d love to see him get the win over… 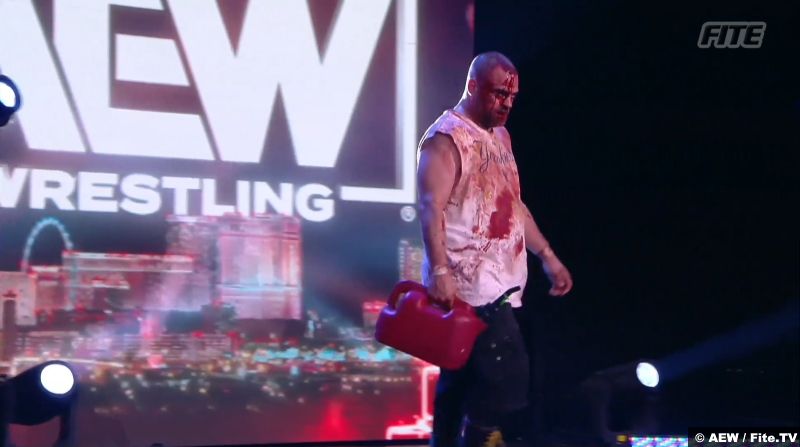 In my fantasy world, Punk wins vs Moxley at All Out and then drops the title to Eddie Kingston in New York at Grand Slam II. Yes, that’ll cut Punk’s reign short, coming only a few weeks after All Out, but Punk can always get that second—proper run—down the line. Eddie winning in NYC has been a dream of many going back a year now. Eddie getting the hometown win vs the Chicago-made Punk would be the closest thing AEW would have to Foley’s historic WWF title win on Monday Night Raw in early 1999.

And then, of course, Kingston’s run would last only until Full Gear, when he would drop it to the hated MJF. Kingston’s win would be a “moment.” It would not be an opportunity to give the company torch to someone to carry for the next year or so.

In that case, if you’re looking for a torch-bearer, look no further than…

Unless you’ve been living under a rock, you’ve seen the rise of Ricky Starks happen before your eyes. Hangman Adam Page was AEW’s first “homegrown” world champ (despite his long history in NJPW), having been with the company from the start and slowly rising from mid-carder to main-event superstar. Starks, on the other hand, is the face of the second wave of talent, who came to the company amid the pandemic.

Starks has been a staple on AEW programming since joining the company, working both as a mid-card wrestler (as FTW champ for most of his time), commentator (during a spell when he was nursing an injury), and tag teamer (working with current foe Will Hobbs). His time in the company has been brief (only two years and a handful of weeks), but he’s made an indelible impact in so short a time. His cocky heel swagger and overall look brought comparisons to a young Dwayne Johnson/Rock. Like The Rock, Starks was too cool to stay a heel. He’s working babyface right now and with his stylish attire, impassioned promos, and skill in the ring, he’s won over every doubter and solidified his place as a certain world-title-holder-to-be.

If I’m Tony Khan, I’m booking my world title thusly: Punk to Kingston (Grand Slam II), Kingston to MJF (Full Gear), MJF to Starks (Double or Nothing). But that’s just me. Tony Khan no doubt has his own list and it probably includes names that get reshuffled up and down the lineup all the time. I’d be shocked, however, if Ricky Starks isn’t somewhere very near the top of that list.

What do you think? Who do you think should be next in line to win the AEW world title? Let us know in the comments below! 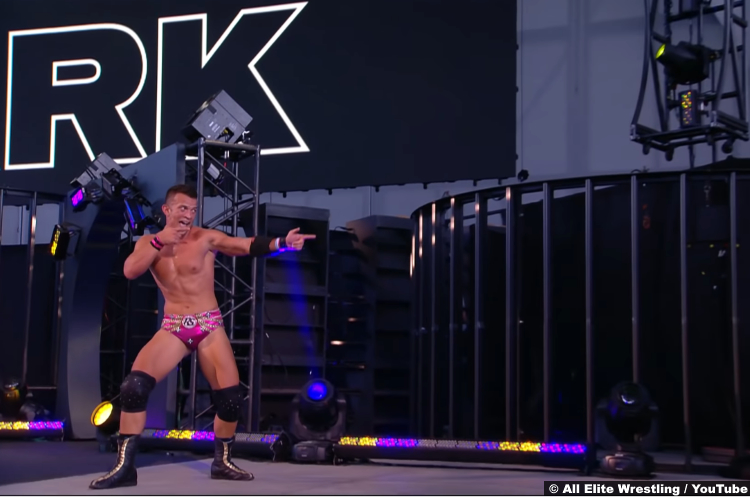