I’d be lying if I said this season of Fargo has had me concerned. It’s felt at some points like outside of that Los Angeles-set episode, the show was squandering great actors like Carrie Coon, who can break your heart with a character’s story of how she got a Wu-Tang Clan tattoo. For example, the season had an interesting thread at the beginning about how automated technology doesn’t “see” Gloria and then seemingly dropped it. Tonight, they brought it back, as Gloria finally knows that she’s seen.

That comes toward the end of the episode, after Gloria’s already feeling as if she’s lost. At the end of last week’s episode, Emmit had arrived at the station to confess, which he does in this episode. He explains the accidental nature of Ray’s death, but he still takes responsibility for it and everything that led up to it. “Thirty years, I’ve been killing him. That was just when he fell.” The confession scene is excellent, as are all the scenes between Carrie Coon and Ewan McGregor in this episode. It’s just a shame it took so long to get here. 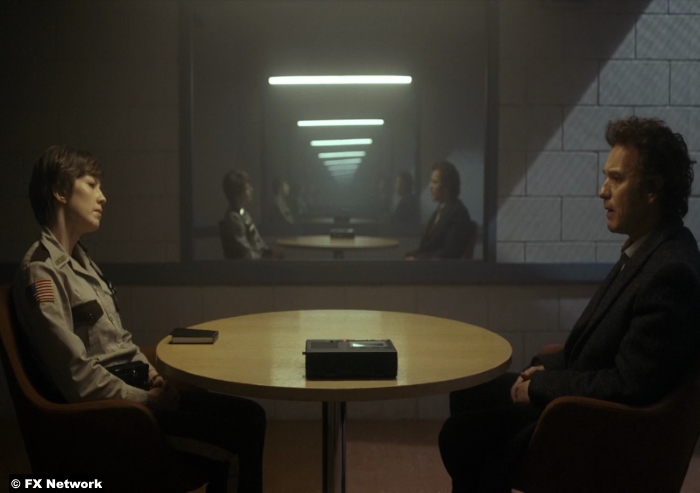 And of course, the confession is all for naught. Because while Emmit has been unburdening himself, Meemo, at Varga’s direction, has killed two other men. He’s killed two other Stussys, dispatching them in the manner that Ennis and Ray were killed. This is all so they can plant evidence and produce a patsy who supposedly hates Stussys because that was his mom’s abusive boyfriend’s name. It’s an absurd story, but of course, Chief Dammick believes it.

And it’s devastating for Gloria. She lets Emmit go–she has to–but not without musing about how confounding the world has turned out to be. It’s not an unfamiliar sensation to have in 2017. She may be confused about the world, but Varga is not. As he and Meemo retrieve Emmit from the police station, he reveals a bit of his rotten philosophy. “The problem is not that there is evil in the world. The problem is that there is good. Because otherwise, who would care.”

It seems almost certain that this conversation took place prior to his conversation with Nikki. She and Wrench have been a thorn in his side, lately. They hijacked the 18-wheeler he uses as his real office and thus, have control of his files. Nikki offers them in exchange for $2 million. 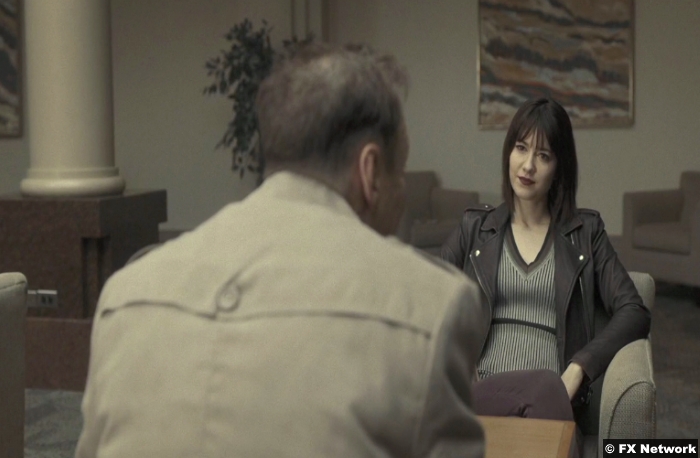 During the first season of Fargo, Todd VanDerWerff wrote, regarding Molly Solverson and Lorne Malvo, “She’s the one who can catch him, because she’s the one he won’t see coming.” That sadly turned out to be not what happened, but I was reminded of it while watching the scene with Nikki and Varga. Varga didn’t see her coming and she’s landed every shot so far. She doesn’t get the money–and ends up sending the Stussy files to that IRS agent from episodes ago–but she gets to tell him what she really wants. She wants to hurt him. She wants to take away something he loves. But what could a creature like Varga love?

In their standoff as conversation, Nikki describes him as distinctive. He points out that he’s dressed like pretty much everyone else in the lobby. So, no one really sees Varga. And that is Gloria’s fear–that she’s not seen, that she’s the android in her stepfather’s book that wanders the planet saying “I can help,” but never really doing anything. Over drinks, she confesses this to Winnie, who makes her stand up for a hug. Winnie sees her. Winnie has been helped. 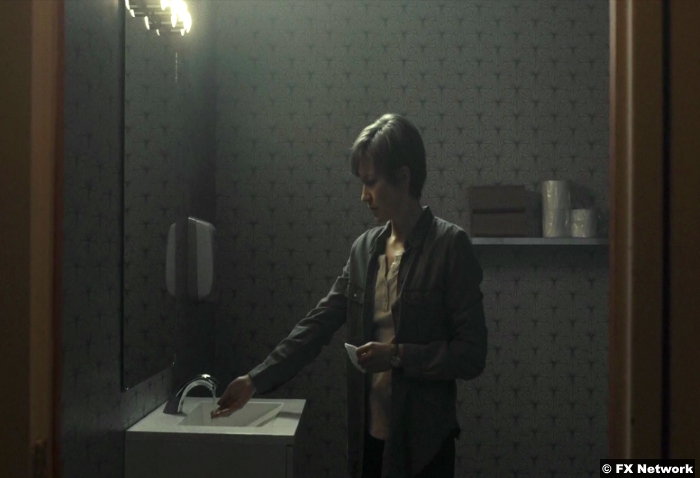 And so has Gloria. When she goes to the restroom afterward, all the automatic sensors react to her. It’s a shame that it took so long to get to this point, but it’s also a shame that Varga hasn’t taken her seriously. Gloria is the good in the world. She cares that there is evil. She’s worth a thousand Vargas. But that doesn’t mean she’ll pull off the ultimate victory. Dammick may never acknowledge how smart she is. Varga may weasel out of any consequences. But Winnie sees her and we see her. That may be all the victory that Gloria gets, but it might be enough. In this world, it sometimes has to be.

9/10 – With the penultimate episode, Fargo season 3 delivers its best of the season. This season has been unpredictable and no more so than this week, as we try and guess what will happen in the finale.