Fargo S03E06 Review: The Lord of No Mercy – The inevitable body count begins

A few weeks ago, I mentioned that Ennis Stussy inadvertently doomed himself when he chose his new name from a partially-worn manufacturer’s mark on a Los Angeles motel toilet. That was a quirk of fate or the popular conception of the butterfly effect. Sometimes we have to go back a long way to see what started the original domino falling that led us to where we are now. Sometimes it’s a choice we make–we choose to stop for coffee or take that one job–and sometimes the choices are made for us–the power goes out and we oversleep. But we can usually trace back to the moment when our fate in this timeline was sealed.

For Ray, you could probably argue it was when he took up with Nikki, but the die was definitely cast when he decided that he was entitled to the stamp. It’s no longer just something he wants, but rather something that was rightfully his to begin with, no matter the cost or what wills say. He’s temporarily distracted from the quest for the stamp, but only because of that beating Nikki took last week. They trail Yuri and Meemo to the lot where Varga is apparently living in the back of an 18-wheeler and Ray wants to get out right then and exact vengeance. We know how foolish that would be, even with a gun, and thankfully, Nikki does, too. 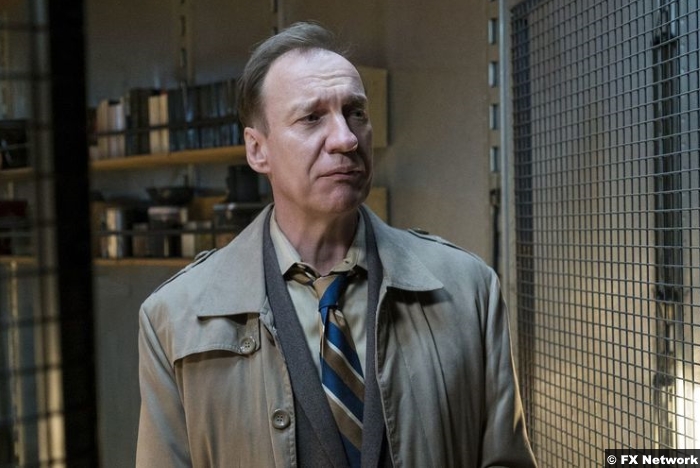 Ray may have forgotten about the stamp and for that matter, his brother, for the moment but the opposite is not true. Gloria and Winnie, believing that they’ve puzzled out Ray’s dumb plan, arrive at the Stussy Lots office to question Emmit about it. By the way, their arrival is immediately preceded by our Disgusting Moment of the Week: Varga rooting around in his bloody gums. Yikes. Anyway, both men are surprised when they figure out the purpose of the police visit or rather, what it implies–Ray tried to kill Emmit. Varga reacts later in the most Varga way, by sending Meemo out to kill him. Yuri, on the other hand, is assigned to gather information on Gloria and her police department, because there’s nothing online about either. (For those wondering about the state of the IRS investigation: Meemo put on a fancy suit and pretended to be Stussy’s lawyer and got the investigation shelved for a month. Also, while Varga is giving them their assignments, Yuri is messing around with a wolf’s head that looks like the one from last week.) 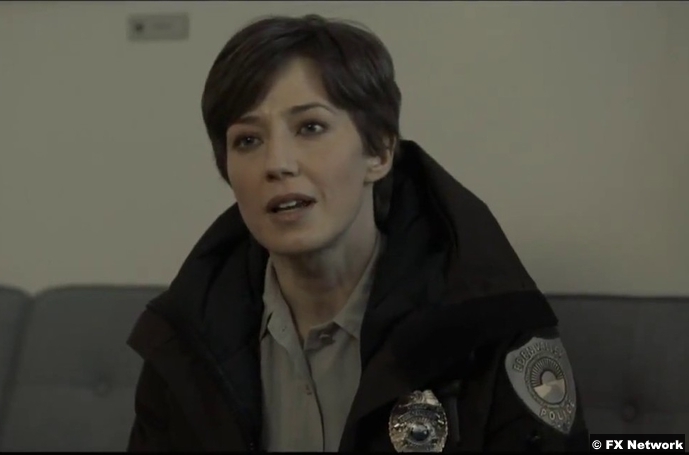 Ray and Nikki aren’t at home, but they’re not hard to find. Having been spooked by a visit from Gloria and Winnie, the couple holes up in a motel. It’s when Ray is leaving to get supplies that they realize that he forgot the bag of cash he got from Emmit’s bank account. He has to go back home and get it. That’s where he finds Emmit. While Varga reacted to the news of Ray’s murder plot with the expected efficiency, Emmit reacts instead with resignation. He’s just sad. He can’t figure out why everyone else likes him, but his own brother ruined his marriage, dumped his late dalmatian’s cremains in the trash, and wants him dead. In an effort to end this whole mess, he’s brought Ray the stamp. Ray is too steeped in his pride, though, to just take it. He’s immediately offended when Emmit says that he’s giving Ray the stamp. Ray refuses to take it from him and they have a petty little push-and-shove over it. Hey, what’s that famous saying about pride? Oh, yeah: Pride goeth before destruction, and an haughty spirit before a fall. For Ray, it’s a literal fall. In their struggle, the glass of the framed stamp shatters and a piece is embedded in Ray’s neck. Emmit urges him not to, but Ray removes it, exposing a harrowing arterial jet. After Ray dies, which doesn’t take long, Emmit calls Varga. That’s a choice. 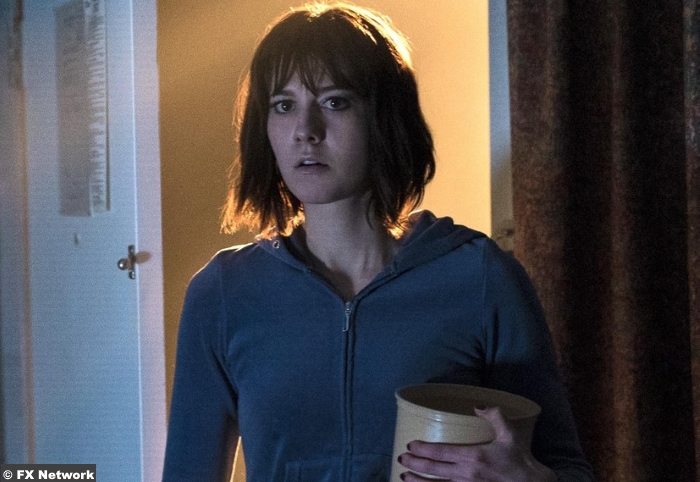 That also saves Nikki’s life, since Varga has to call in Meemo to help with the cover-up. Nikki, however, is now the focus of a new true story Varga is cooking up: she killed Ray after getting fed up with his abuse. And this all might work out for them, but at the end of the episode, someone makes one of those pesky choices. Gloria decides to go back to Ray’s. But we’ll have to wait until next week to see how the dominoes fall.

9/10 – Ray, always a master of the bad choice, gets a pitiful ending in an tightly plotted episode. We’re on the end side of the season now, so expect more bodies to fall and soon.