Fargo S03E07 Review: The Law of Inevitability – The pressure is building

That whole plan last week to put Ray’s death on Nikki pretty much goes off with a hitch, as she’s picked up and held for the murder. Chief Dammick, who’s bought the story hook, line, and sinker doesn’t get anywhere with his interrogation of her–not that anyone was really expecting him to.

In grand Fargo tradition, despite the fact that Gloria and Winnie have cracked the case, they’re shuffled off it as soon as possible. Also in that tradition, they’re not that willing to let it go. Gloria sends Winnie to notify Emmit to gauge his reaction while she tries her level best to speak to Nikki. 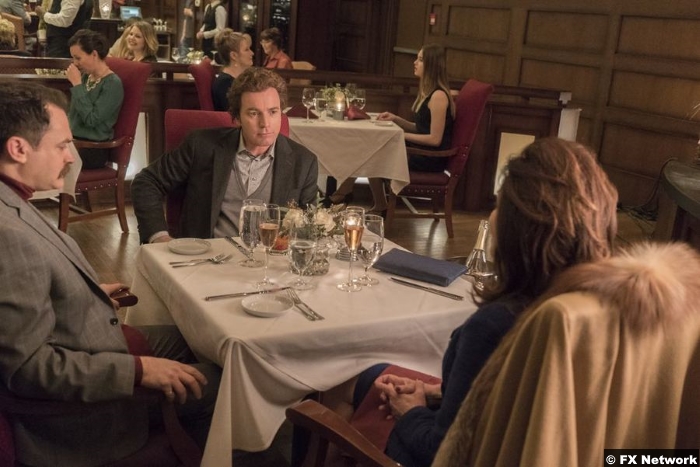 Emmit and Sy are dinner with the widow Goldfarb and it does not go well. It’s bad enough that Emmit arrives late and finishes the old saw about loving something and setting it free with “if it doesn’t [come back], hunt it down and kill it.” Then he mentions the fake sex tape, quotes Adam Smith (“All for ourselves, and nothing for other people, seems, in every age of the world, to have been the vile maxim of the masters of mankind”), and mentions “the others” with their “grubby hands” and “filthy peckers” who stand in opposition to them, the rich. Reminder, this is a business dinner and they’re trying to sell their company to this woman.

And then Winnie shows up to do the notification. Sy goes to meet her, assuming she’s back to talk about the Hummer incident again, but then Emmit joins them and the first thing out of his mouth is an alibi. Then he says they should arrest Nikki and of course, Winnie hasn’t had a chance to mention it was a homicide.

After that, the dinner’s a wash, so Sy drives Emmit home while Winnie approaches Ruby Goldfarb. At Emmit’s house, it seems as if the seed Varga planted has come to fruition, as Emmit suggests that maybe Sy had something to do with Ray’s scheming. I don’t think he really believes that–it seems as if he’s trying to assuage his own guilt–but Sy’s response to that must be quoted in full:

You really think I’m…in the face of all logic that somehow I decided–me–the partner in a multi-million dollar corporation, that somehow I decided to what, turn on you? Join forces with your leptard brother and his syphilitic floozy, so I could turn millions into thousands? What’s the math there? I’m sorry.

Sy’s talking tough, but by the time he gets home to his wife, he’s in tears. As my niece used to ask, what’s wrong to you? Sy thinks the world is wrong. 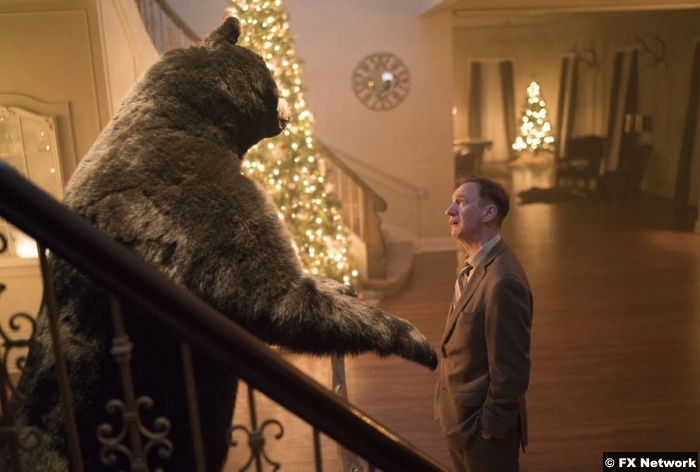 Meanwhile, Emmit just wants to be alone, but instead he gets Varga. As for Varga’s minions, Yuri is at the Eden Valley police department/public library scaring deputy Donny (Mark Forward). Meemo is briefly seen when they bring Nikki in, but that’s all for him. While Nikki is in custody, an officer in shadow comes to her cell and tells her to put her hands through the bars to be cuffed. And before you can ask, “Is that DJ Qualls?” he’s pulling out a syringe and (nearly?) getting shot by Gloria.

And despite how hard Gloria fought to talk to her, all Nikki will say is a suggestion that maybe not Emmit exactly was behind what happened to Ray and then “Follow the money.” 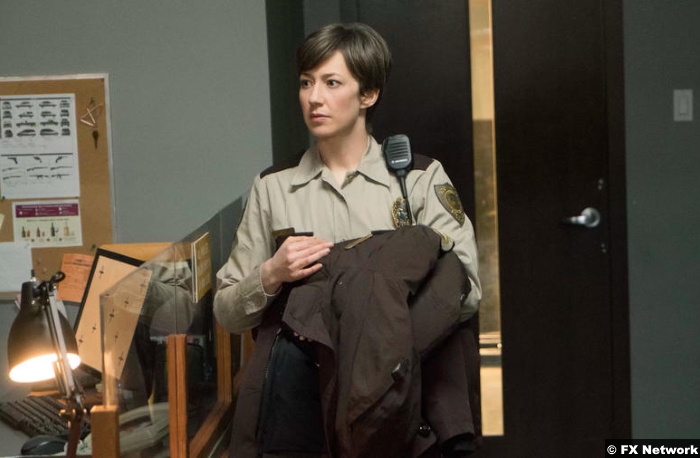 Moe Dammick, consummate dummy, has had enough of Nikki, so he orders her transferred to state custody. The transport bus is full of men, which…that doesn’t seem right. She takes the only available seat, which just happens to be next to season 1’s Mr. Wrench (Russell Harvard). Before we can wonder what this pair will get up to together, Yuri and his wolf’s head appear in the road. The driver swerves and the bus overturns and as the episode ends, Yuri is trying to break into the prisoner compartment, where Nikki lays unconscious. Uh oh.

By the way, in old English law, there was a phrase “caput gerat lupinum” (“may he wear a wolf’s head”). According to Black’s Law Dictionary, it refers to “an outlawed felon considered a pariah–a lone wolf–open to attack by anyone.” Just something to think about as we wait for next week.

9/10 – As we’re getting closer to the end, the pressure is starting to increase and things are falling apart. But with so many agents of chaos in the mix, I have no idea where this going.