Fargo S03E05 Review: The House of Special Purpose – One of the hardest episodes to watch!

Watching this week’s episode of Fargo, with all its emphasis on the stories its characters tell each other, I was reminded of a sad tale that you might have heard about a few years back. Didja hear the one about the Japanese lady who saw the movie Fargo and came to the United States in search of the million dollar ransom Steve Buscemi’s character buried? As the story goes, she saw the disclaimer at the beginning of the film that it was “a true story” and believed it, to her unfortunate demise. She traveled to Bismarck and Fargo itself before dying, like so many Fargo characters before and after her, in the snows of Minnesota. It was quite the compelling story.

The thing is, it didn’t happen that way. A woman from Japan, Takako Konishi, did die on the outskirts of Detroit Lakes, Minnesota. But it didn’t have anything to do with a movie. She was apparently in the throes of a depression, which had been exacerbated by the loss of her job. She’d once had an affair with a married American businessman, who had taken her to Minnesota. A misunderstanding between her and some well-meaning police officers led to the story that she was in America searching for buried treasure. But the truth is, the same day she met them, she had already mailed a suicide note home to her parents.

It’s not hard to fathom why the fake version got so much more traction than the truth. Like I said, it’s compelling. And it was a scant two months after September 11th—maybe it was easier to take in a story about a death that had such an interesting detail (and a moral about greed), rather than a sad tale of a woman who had died unattended far away from home. 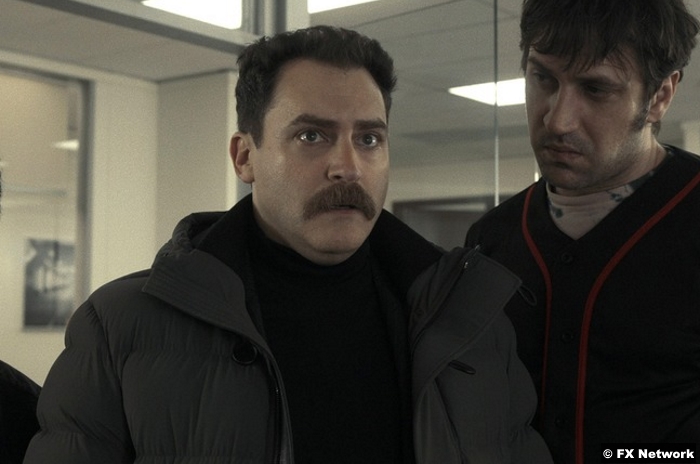 And it isn’t just the stories about other people that can get mired in falsehood, especially when greed is involved. Our own stories can also fall victim. This is a trap that Fargo’s characters, from the movie to the television show, have illustrated early and often. Look then at the story that Nikki and Ray are telling themselves. Ray has been wronged and he (and Nikki) deserve something more. So Fargo’s 5th episode kicks off with their latest attempt to settle the score with Emmit. Having pulled off (barely) their Emmit-impersonating scheme at the bank, they go back to that well. This time, Ray kits himself out as Emmit to make a sex tape with Nikki. The plan is to use the tape to blackmail Emmit. But that isn’t how the story turns out. Emmit’s wife opens the package and watches the tape. He comes home to the whole household, including his children and mother-in-law, deserting him.

We could say that at least he still has Sy, but that seems shakier this week than ever. Varga, who has the same wicked glee for chaos that season 1’s Lorne Malvo did, commandeers Sy’s office this week. But it’s not enough for him to push Sy out—he also has to conquer him, which he begins to do in a stomach-turning scene that involves a coffee mug filled with urine.

Unfortunately for Nikki, that’s not the end of it. Varga warns Sy that the latter man is meeting with some “unsavory characters” and Nikki is exactly the type of person he’s talking about. Sy doesn’t heed that warning, though, and it comes as no surprise when Varga’s goons crash a secret meeting between Sy and Nikki. Yuri (Goran Bogdan) ruminates on Russia and the unfathomable number of its countrymen who died in the snow* before he and Meemo (Andy Yu) viciously beat Nikki. Sy watches in horror, but he doesn’t do more than watch, and he doesn’t really do that, since the beating takes place on the other side of Nikki’s vehicle. 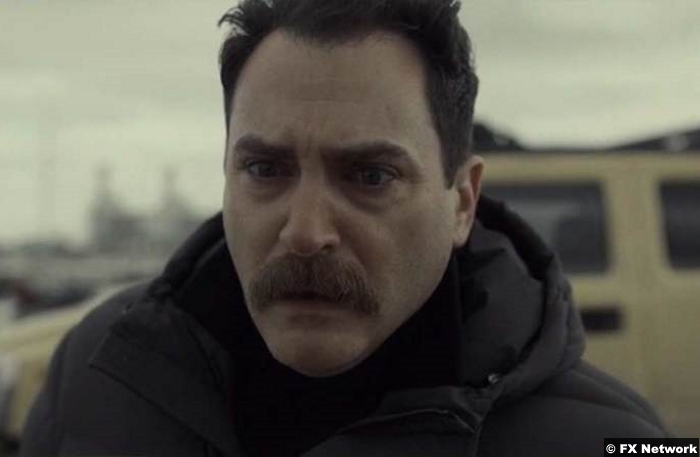 Without Sy, Emmit is forced to face two threats on his own. The first is Varga, of course, and this time he’s indulging in a bit of string-yanking by suggesting to Emmit that “the Jew” might be working against him. (And isn’t it weird that Varga’s anti-Semitism seems almost more jarring than everything else he’s done?) The second threat is the one that’s brought down gangsters of much more renown than Varga—the Internal Revenue Service. By withdrawing $10k from Emmit’s bank account, Ray has inadvertently put Emmit in the IRS’s path and they’re going to install an agent (Hamish Linklater) to squat in the Stussy office and go over the figures. This is not an issue for Varga, who dismisses the threat by planning to show the agent their “fake books.” Emmit, lost in his own story, is surprised—they have fake books? 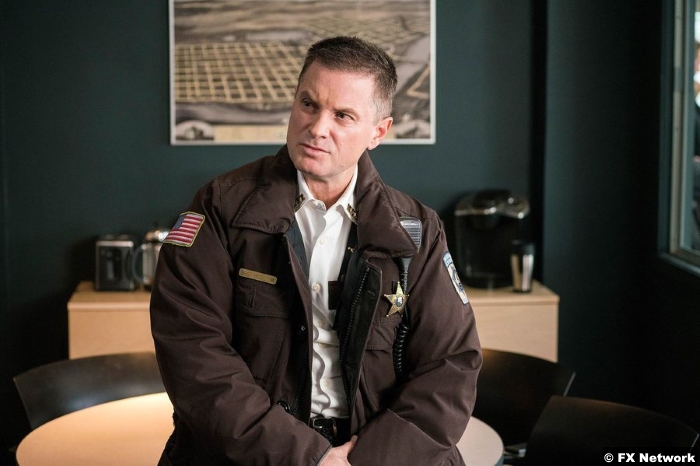 Emmit, despite the pickle he thinks he’s in, is still relatively unscathed. He still has no idea of the violence that’s been dancing just out of sight. The larger story and his role in it, are also still foreign to him. It’s not foreign, however, to Gloria and Winnie, who have already started to map the plot. This is to the chagrin of Chief Dammick, who offers them up another story in return. He tells a story about a red balloon and coincidence that in turn tells a story about humans and our urge to see patterns and meaning in our lives. He’s not wrong about that story but he’s wrong about the story right in front of him. That is also very human.

So far Gloria (and Winnie) have also only danced at the edges of the larger story. I have a feeling that that’s going to change as they fit more of the pieces together. Whether it will be a compelling story is still up in the air, but we might have gotten a small clue. The point of that flash at the end might have just been a reference to last week’s frame, but it also could have been a hint to where this story is going. And like every good story, there’s a wolf at the end of it.

8/10 – Between the degradation of Sy and the brutalization of Nikki, this was one of the hardest to watch episodes in Fargo’s history. And like Sy, we just had to watch. Sometimes that’s not hard at all, but at others, like when we meet the intriguing Widow Goldfarb (Mary McDonnell), who would like to own a piece of Stussy Lots. Unfortunately, the business’s namesake himself, Emmit is the least interesting character in the story. Hopefully, that will change soon, after the dramatically raised stakes of this episode.

*Speaking of, the title of the episode refers to the Ipatiev House, where the Romanovs were held and then executed.