After last week’s inventive adventure, Gloria Goes to Hollywood, Fargo returns this week with a classic: Peter and the Wolf. The narrator, who certainly seems to be Billy Bob Thornton, tells us which instrument will stand in for which character, as we see which Fargo character corresponds. Gloria, for example, is Peter and Varga is the wolf himself. Awoo. It’s cute, but very Fargo, in that it doesn’t have much to do with the story at the moment.

Varga also has some sort of digestive issue—indigestion perhaps or bulimia. That may be relevant; it may turn out to have nothing to do with the story. I’d just thought I’d throw it out there.

Anyway, Nikki has hatched her latest brilliant plan to get the stamp back and I’m not being (that) sarcastic. It’s pretty clever, if only for its simplicity. Ray’s going to do the ol’ twin switcharoo—go into Emmit’s bank wearing an Emmit-style wig and pretend to be his brother, so he can get access to the deposit box where they’re sure the stamp is. 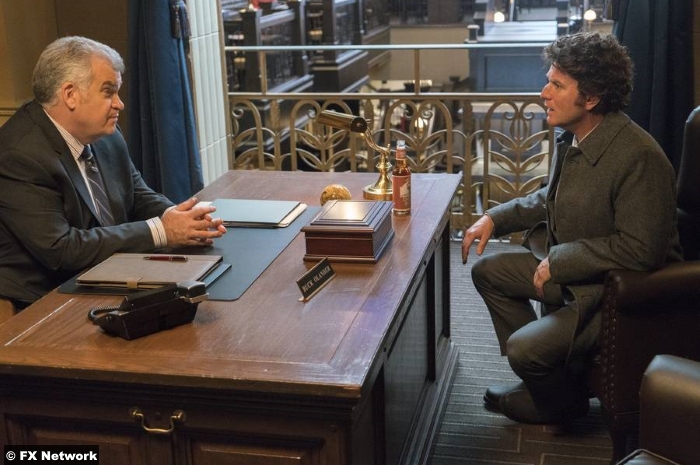 Ray does get away with a 10k withdrawal from his brother’s account, but unfortunately, the only thing of note in the box are the cremains of a dearly departed pet. RIP, Luverne.

This week, Sy gets revenge by reporting Ray’s relationship with Nikki to his bosses, resulting in Ray’s being fired. Last week’s revenge, Sy’s mad Humvee rampage through the diner parking lot, has the local fuzz on his trail. Specifically, one Winnie Lopez (Olivia Sandoval), who’s tasked with investigating the case and whose investigation crosses Gloria’s path. They meet when Gloria is at the parole office to interview Ray about his late parolee Maurice. 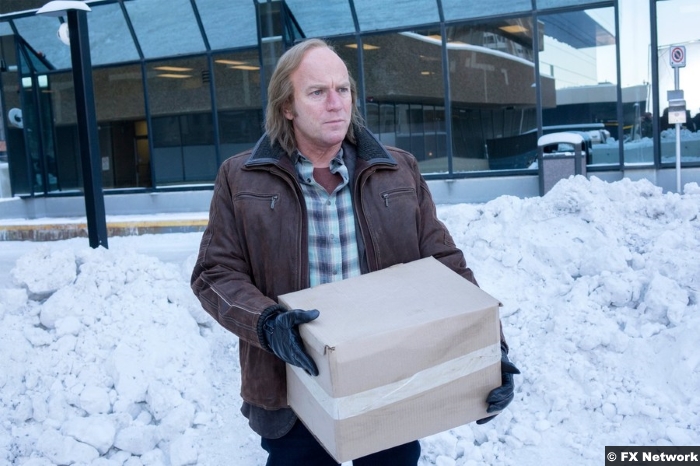 Winnie ends up visiting Sy at the Stussy office, where she’s puzzled to find out that the owner of the Humvee—the Stussy company—shares a surname with one of the victims of the hit and run. (Ray does not want to press charges, but the waitress, whose car was pushed damn near out of the parking lot, sure does.)

While she’s puzzling that out, Varga makes a late-night appearance at Emmit’s, where the latter man is forced to invite him to family dinner. After that, they retire to Emmit’s office, where Varga (kinda) lays out the plan they have for Stussy’s company. The details are still a little fuzzy, but the gist is more laundering. Emmit is very unhappy about the predicament in which he’s found himself, but he doesn’t know how to get out of it, especially since Varga seems to have eyes and ears everywhere. 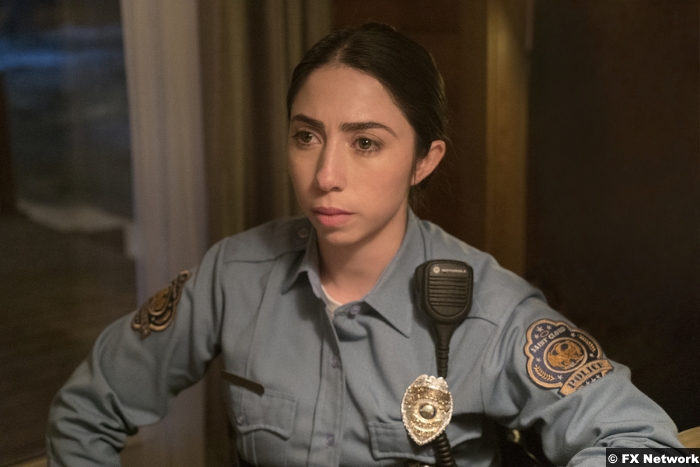 Neither man is yet aware of Winnie, though, who makes a late-night appearance of her own at Gloria’s. She’s there to tell her that she’s finally figured out the thing about her case that was bothering her. The Humvee was owned by the Stussy company and one of the victims in the parking lot was the company head’s own brother. Gloria is investigating a murder of a Stussy in Eden Prairie, the first such murder there in a long time. The Stussy who runs the company lives in Eden Valley. Or vice versa. It’s so easy to mix up. Just ask Maurice. Or you could, you know, if he still had all of his skull.

7/10 – While certainly not a bad episode, so little of interest happened that it seems like they just threw in the Peter and the Wolf bit to distract you from that. As an episode, it’s fine, but we’ve come to expect a little more than fine from Fargo.