In 2012, Ridley Scott returned to the “Alien” universe to direct Prometheus. The movie was designed, not only to reset the story with a prequel but also to use the new movie (and its intended sequels) to ask philosophical questions, chief among them being “where did we come from?”

Scott’s answer in Prometheus is “we came from an advanced race of aliens, called Engineers, who spread their DNA across countless worlds.” The plot of Prometheus revolved around a group of scientists on a mission to find these Engineers and ask them the other big question “Why? Why did they make us?” Through a series of unfortunate events, aided along the way by some poor writing and frustrating plot holes, the crew of the Prometheus did make contact with one such Engineer, and, upon asking him the big question, was surprised to find their creator not as receptive to waxing philosophic as they’d hoped.

He proceeded to try and murder them all.

Prometheus ended with more questions than answers, but now the sequel has come along and it promises to continue the story, answer a few of those questions and potentially raise some more in order to tease the next sequel (and so on). 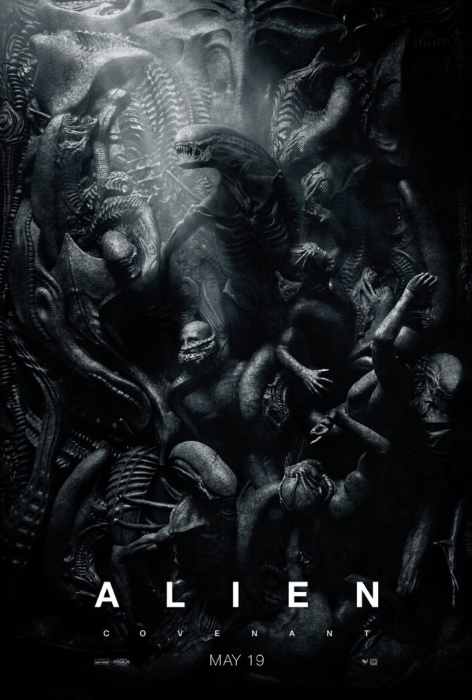 As to how the famous “alien” monsters (xenomorphs) fit in: Prometheus introduced a form of the creature, though not an exact version. It was a primitive take on the monster, but similar enough to satisfy fans’ desire to see the old Giger-created baddie once again. This movie, unlike Prometheus, puts the name right in the title, “ALIEN: Covenant,” and puts the classic xenomorph creature front and center in all the advertisements. Clearly, after the lukewarm response to Prometheus, Scott and 20th Century Fox want fans to see this movie as a bridge between the previous film and the classic series.

In truth, however, Covenant is still very much tied to Prometheus and shares more in common with it than it does Scott’s 1979 Alien movie.

Set aside the movie’s placement in the Alien universe; is Covenant a good movie on its own? 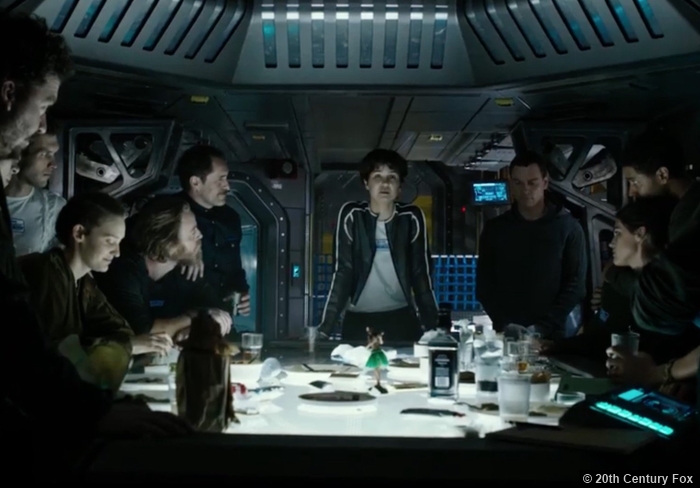 It was good but not great. It was better than Prometheus in that it cut the pseudo-philosophy down a notch (only a notch) and it really cut down on the number of plot-necessary bad decisions made by the characters. In Prometheus, the team of “brilliant scientists” makes a string of boneheaded decisions that defy logic and common sense. Experts in medicine break quarantine for no reason. Experts in tracking and mapping get lost. A strange alien creature is “oohed” and “ahhed” at like it’s a child, by scientists who should know to keep their distance! Also, THIS SCENE RIGHT HERE

Prometheus routinely insulted its audience’s intelligence. Fortunately, Covenant keeps its boneheaded decisions confined to one big moment. There’s a scene a little over halfway through the movie where one character is led into a room in order to come into contact with the famous “eggs” from the first Alien movie. Now granted, we know what’s inside those eggs (the infamous face-huggers) but he doesn’t. On the other hand, this character has no reason to get near those eggs. The scene takes place after it is made clear that the person leading him into the dark and scary room is not to be trusted. But he just walks in like it’s no biggie. Why would you let a guy you no longer trust (and who keeps quoting suspicious, Machiavellian poetry) lead you into a dark and scary room filled with creepy eggs, moments after you’ve discovered there are terrifying monsters running around?

But other than that, the movie’s internal logic was pretty consistent.

The action was good and the xenoporph has never looked better (its also never been seen so clearly before; it was weird not having it obscured in shadows). The two biggest problems to be had with the movie relate to its pacing and screenplay. The movie feels like it was two screenplays mashed together. On the one hand there’s the sequel to Prometheus, with its philosophical questions and steady pace. On the other hand there’s the prequel to Alien, written in the style of the new trend in Hollywood that turns sequels into quasi-reboots. Those parts of the movie have the loud noises, screaming, running, getting eaten by xenomorphs and more that you expect from an “Alien” movie. But the two halves do not mesh well together make the movie very helter skelter in tone and pacing.

It would be one thing if the movie started out like Prometheus and ended like Alien. But instead it starts and stops; starting like Prometheus for the first forty minutes and then turning into Alien with the volume and action turned up to eleven. Then, just as quickly as that happens, the dial is turned all the way back to zero and it becomes the quiet, contemplative Prometheus again….only to ditch that and go full-bore as an Alien movie for the final sequence. It’s cinematic whiplash.

There are also a lot of questions you will want answered after the movie is finished, just as you probably did after Prometheus, and since this is a part two in a trilogy (if not more), there’s a “no beginning, no ending” feel that the movie can’t escape from. I’m reserving judgment on some of the questions until the next installment is finished, but needless to say, there are answers that fans are expecting and which had better be delivered by the time the credits roll on the sequel. One thing this movie does answer is: “Where did the classic xenomorph come from?” And the way it explains it is a nice bit of symmetry, in how it ties in with the Engineers creating us an us creating androids.  But even in providing that answer the movie raises many more questions as to how it ties in to the original Alien film.

Hopefully part three will bring the series to a conclusion that makes this movie even better in hindsight. 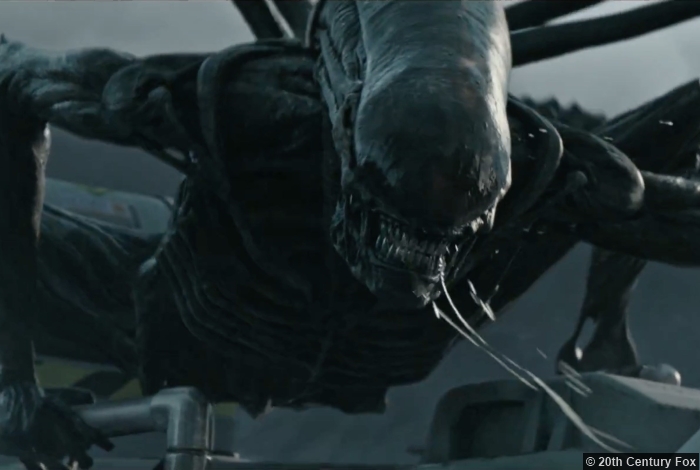 8/10 – Alien: Covenant is a little too weighed-down by its own mythology (both what came before and the mythology it is still building for future installments). It does a fair job bringing the thrills and the excitement found in the previous Alien movie(s), but still stumbles when it tries to contemplate its predecessor’s big questions.

A movie like Life, which was basically a knock-off of Alien, was slightly better I think, because it didn’t have the baggage and could just be a tight, fun little “alien on the loose” thriller. Still, if you’re a fan of the series, you won’t be (too) disappointed.