I was initially very skeptical to hear that the now-fifteen year old short story “Story of Your Life” was being made into a feature-length movie. Not everything is adaptable, after all, and “hard science fiction” novella based around language doesn’t sound like a story that can be translated (no pun intended) to the big screen without sacrificing what makes it so special. But adapted it was and as its release approached the reviews started trickling out: 100%, A+, 4 stars, 5 stars, Thumbs Up etc, it was predicted to earn $85 million, but now it might exceed those expectations.

Still my worry was that the reviews were praising it for being a great movie that didn’t bother to actually adapt the short in any meaningful way. I thought we might get something like The Shining, a movie that is acclaimed but features tremendous deviations from the source material. Instead, remarkably, they did it. Granted, a straight-adaptation would only run about 20 minutes, so a lot had to be added and padded, but the core of the short is there. In fact, the crux of the story—which isn’t about the aliens, or the language, but is about Louise’s time she has spent/will spend with her daughter—is so faithfully preserved and is so much at the heart of the picture that I’m stunned Paramount had the courage to greenlight it.

You don’t see too many “hard” science fiction movies anymore, just looking at this fall it appears Fantastic Beasts and Where to Find Them is one of the top favorites at the box office. With Arrival there aren’t witches or wizards or intergalactic dogfights, there aren’t tractor beams or death stars or Will Smith punching alien invaders in the mouth. This is a movie about a scientist and a linguist racing against the clock…to teach a couple aliens the alphabet. It shouldn’t be suspenseful, it shouldn’t be moving, it shouldn’t make you cry. But it is, and it does. 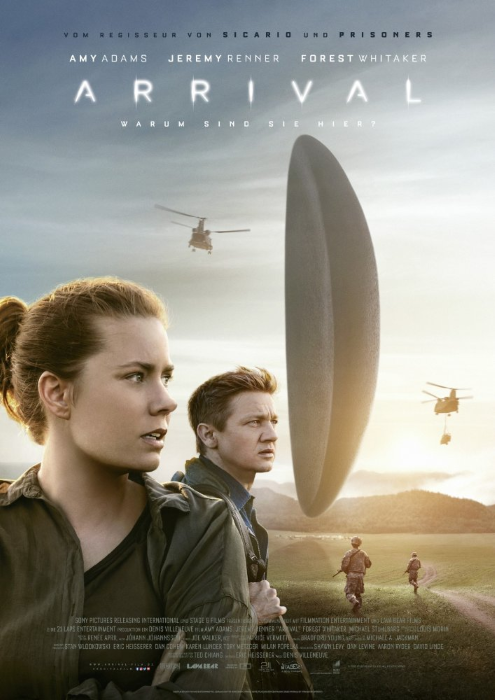 Let’s start there because it’s the part where I am the least objective.

A month ago my wife and I were expecting our third child and then, after a routine check-up we learned that we had lost the baby. It’s the sort of thing that millions of parents-to-be have gone through, but it wasn’t something that we had gone through. Needless to say it was a a very trying time. We are only just now beginning to feel normal again. Considering the emotional crux of this movie involves the life and death of a child…it was a hard not to think about it.

To that end, Arrival deserves tremendous credit for conveying emotion and pulling the audience’s heartstrings in a film whose basic plot is so technical and “brainy.” 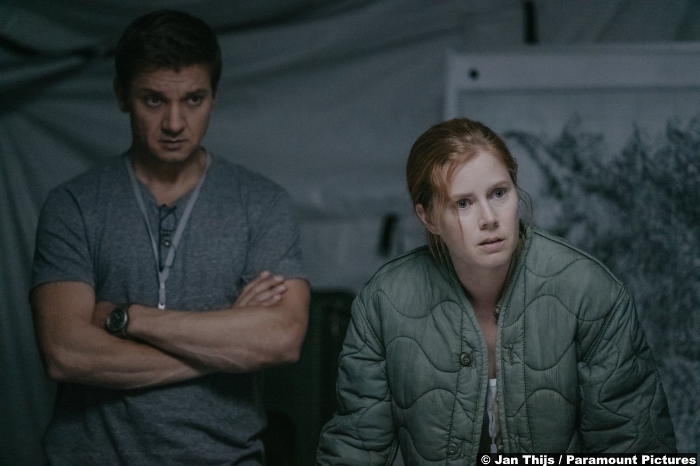 If you’ve not read the short story it’s based off of, you would do well to “pick it up” (so to speak; Amazon and other outlets have digital copies available). It can be read in one sitting: I went to bed one night at about 10:30 and finished it before midnight. The story jumps back and forth between two threads: There is the “present” (as the story presents it) wherein linguist Lousie Banks studies the recently-arrived aliens’ language, attempting to decipher it so that the government can determine what they want. There is also the “past” (as the story presents it) wherein Banks reflects and reminisces on her daughter, from birth to tragic death (she dies in a mountain climbing accident at age 25).

Throughout the story you’re led to believe, because you have no reason not to, that the death of Louise’s daughter takes place before the events of the book. That presumption is turned on its head as the reader discovers, along with Louise, that the alien’s communicate and think in a way totally different from how we perceive space/time. It’s not a perfect explanation but the simplest way of thinking of it is: They know the future, and by learning their language and the way they use it, Louise is able to learn the future too.

The twist ending of the book is the fact that the “reminiscing” of her daughter is actually Louise learning what the future holds for the child she has yet to conceive. And despite the fact that she knows her daughter’s life will end in tragedy, she still agrees to make the baby (with Dr. Donnelly, the scientist she studies the aliens alongside and eventually falls in love with), knowing that the time she will have with her will be worth the pain of losing her. It’s a very hard book to describe because it is not written with any normal respect to time and chronology. It’s not that it’s out of chronological order, like Pulp Fiction, it’s that it views time itself in a totally different way, like it’s a language that does not follow the same rules as our own.

The same twisted concept of time is presented in the film, using what the audiences thinks are “flashbacks” to give us the background of Louise’s life with her daughter (who, in the movie, dies of a kind of cancer). As in the book, the viewer will likely be unaware that Louise is seeing and understanding the “future” until well into the third act. Visual clues combined with a haunting and moving score help reveal the twist without stopping the movie to spell it out with boring exposition. It tells its story and reveals its secrets with sights and sounds, not with dialogue. It reminded me a lot of a Chris Nolan movie, in that respect.

Speaking of, critics who have praised the movie have decided to pit it against Interstellar, as though the two movies were in competition with one another. It is said by many reviewers that the film combines science fiction intelligence with emotional resonance in a way the Chris Nolan movie did not. That’s not really fair; Nolan’s Interstellar is much more ambitious in scope and execution. Arrival is intentionally much smaller, more intimate. It’s apples and oranges to compare them, despite their sharing a similar genre. The fact is Interstellar, in this writer’s opinion, accomplished what it set out to do and so did Arrival. People who criticize Interstellar for not having a heart are engaging in self-fulfilling prophesy; it was a criticism of the movie before it was seen, based on an unfounded attack of Nolan that all his movies are flashy and stylized but not very heart-pricking. Arrival is not Interstellar. They did not set out to do the same thing (or at least, not in the same way). They are both great films and both deserve heaps of praise for bringing “hard sci-fi” to mainstream film audiences. 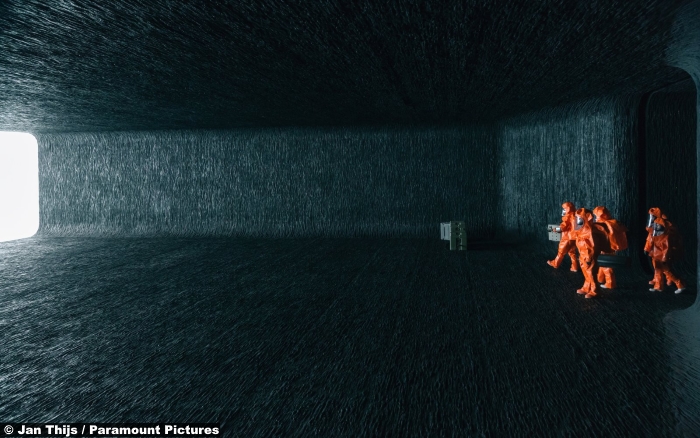 9/10 – Admittedly, Arrival is not going to be a movie for everyone, but those who know what they’re getting will be more than satisfied.

No matter how well done it is, those looking for a sci-fi adventure akin to Star Wars are going to be let down. But viewers who go in with the understanding that this is a small, “half head-half heart” kind of movie, the uses an alien visit as a backdrop, will leave very impressed. It’s one of the finest movies of the year.