While most people think of Halloween as a time to trick-or-treat, gather with friends at a costume party, or maybe just curl up under a blanket and watch a scary movie, there is one other activity that is perfect for the holiday: Playing a scary video game. Whether your pleasure is something creepy like Silent Hill, action-oriented like Doom, unique like Eternal Darkness, or just occasionally pants-wetting like Alien: Isolation, there are lots of games from the past and present to enjoy with the lights off and the goosebumps tingling.

For my money you can’t go wrong with the Resident Evil franchise, the series which launched twenty years ago. Now granted, there are a few clunkers to be found, and—truth be told—the early PSX games have not held up considerably well (especially in terms of their stilted gameplay mechanics), but if you can get your hands on the Resident Evil REmake (originally released for Gamecube) there’s a lot to love. Still, even that game has its flaws, though most of them are by design.

There really is only one flawless game in the series and it’s the game worth going back to over and over, like returning to a good book: Resident Evil 4. 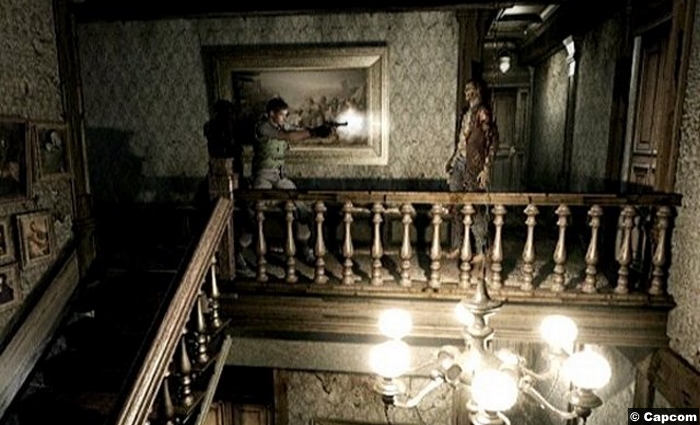 To understand the history of Resident Evil 4 and why it just worked, you have to first understand the history of the franchise itself. Shinji Mikami developed the game to be “a horror game where the terror comes in what you don’t have access to.” Most games that involve you fighting off hordes of zombies (or other like-creatures) involve buckets of ammo, health regenerates and other assists to the player. The object of those games is to kill. The object of Resident Evil (Biohazard in Japan) is not to kill; it’s to survive.

To that end, Resident Evil was designed to feature limited weapons, ammo and health. The player was put in an environment where he could conceivably use up all his ammo on just the first two monsters he encounters. The game punished you for going with your first instinct (“see enemy, kill enemy”) and forced you to go against the grain and instead “run” from bad guys. Running away is not very “video game” but it is accurate to the horror movies the game was partially-inspired by.

Resident Evil 2 and 3 soon followed and they basically continued the same gameplay style as the original. Resident Evil: Code Veronica moved the series into 3D for the first time, debuting on the Sega Dreamcast in 2000, but for the most part retained the same mechanics the series had always employed. By this point, however, those mechanics were tired and outdated. 3D gaming was new when the original game was released; it came out before the PSX even had analogue controls. When the REmake was released for Gamecube in 2002, the controls were revamped significantly, though the spirit of the old mechanics was retained.

It wasn’t until 2005, for the official “fourth” installment in the series, that the entire endeavor would be given a fresh coat of paint. 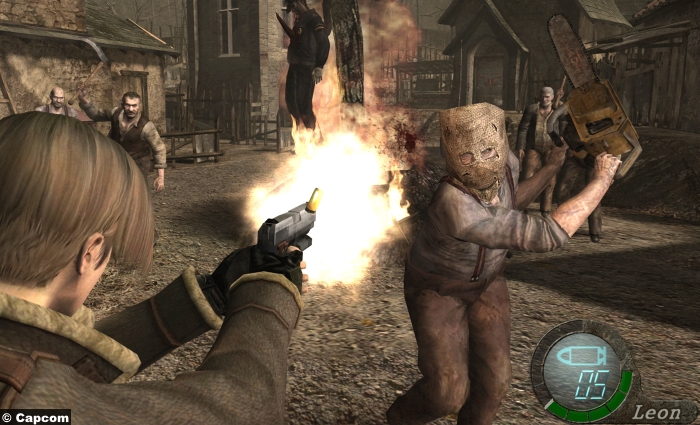 Four games and a remake had seen the series grow stale. In order to spruce things up, Mikami ditched the “limited ammo, run away” style that the franchise was known for, and adopted a more action-oriented style. With Resident Evil 4, bullets were bountiful and shooting was encouraged. But, instead of just throwing more guns in the mix and making a new game entirely, Mikami found a new way to retain the “survivor-horror” aspect: Swarms and swarms of enemies.

The original games in the series rarely featured more than two or three zombies on the screen at the same time. This is partially because the PSX could not render so many 3D models at once, but also because—as a result of the limited ammo, clunky controls and tight corridors—the game would have been unplayable with more than a few zombies at a time. RE4 streamlined the controls and loaded the player up with weaponry; thanks to the power of the Gamecube (and later PS2 and PC…and just about every other console released since then), the game was able to render dozens of bad guys, easily overwhelming the player and forcing him to run away just as often as the original game.

The first area of the game features a small town with a dozen accessible buildings. Stealth is encouraged but eventually, no matter what you do, you’re going to be discovered and that’s when you realize just how different this game is. You can stand in the center of town and start shooting but that won’t last two minutes before you’re grabbed from behind, held down and stabbed to death with a pitchfork. Your only hope is to run inside a building. But when you do, you quickly realize that these bad guys are not stupid one-direction-moving zombies. These guys think, strategize, climb ladders to reach windows into your house and team up to break down doors. The feeling of being overwhelmed, despite your increased firepower, makes the game just as terrifying as the original. That’s RE4’s big success; it’s just as scary as RE1, but so much more fun to play. 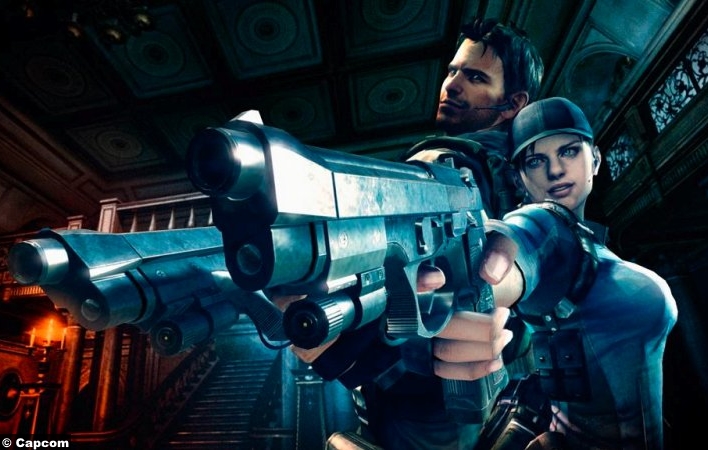 Resident Evil 4 was a smash hit and remains one of the best games ever developed. It’s nearly flawless on every level and rightly revitalized the franchise just as interest in it was beginning to wane.

So naturally Capcom abandoned everything that worked.

Mikami left the series after RE4. He had actually intended on the game to be much more like the original installments, but Capcom pushed for more action due to the low sales of the RE REmake. That ended up being a good move, as stated, since it allowed him to think of new ways to scare the player. With him gone, Capcom continued their insistence that the series be about “killing” more than “surviving” and, unfortunately, Mikami’s deft touch was not replicated with new director Kenichi Ueda.  Instead RE5 became a mindless action game. It sold better than RE4, due to it being more readily available on big consoles like the PS3 and XB360, but reviews were not as favorable. Few were totally down on it, but everyone recognized it was not as good as RE4.

Still, spurned by sales, Capcom pressed on and with RE6, the series well and truly abandoned any notion of being a “horror” game. Most reviewers categorized it as simply an “action-shooter.” Capcom first announced expected sales of 7 million, but when early reviews came out they revised that number down to 6 million. When the dust cleared, the game ended up selling only about 5 million. Reviews were the lowest of all the previous titles in the mainline series (RE1-3, Code Veronica, 4-6) as most considered the game just another Gears of War knockoff. It had lost its identity and was no longer unique. 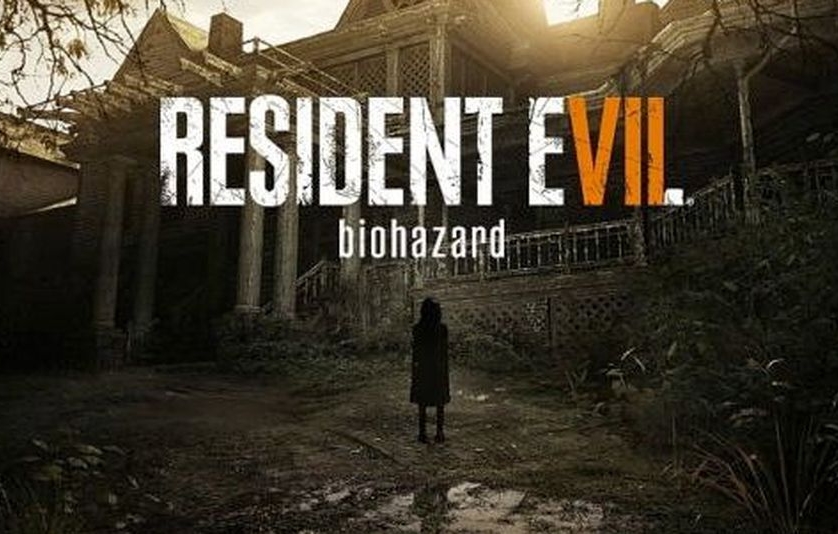 Four years later, Capcom announced that they were revisiting the series with a seventh installment (titled “Resident Evil: Biohazard”) that promised to return to the roots: Horror. The game will be set in a derelict mansion, just like in the original, featuring a main character with limited ammo, puzzles to solve and “mutant creatures” to fight off. It’s not a remake of the original, but it is very much inspired by it. The biggest and most radical departure is that the game will be played from a first-person perspective. Whether such a change works for the series the way the “over the shoulder” perspective did for RE4 remains to be seen. The hope is that the new perspective will create opportunities for more scares.

Capcom seems committed with this game to make it an experience that legitimately terrifies players. After years of mindless action games, a chance to play Resident Evil with lights off and pants wet is welcome indeed.

Here’s hoping it, like the early games, becomes a perennial staple on Halloween weekend for years to come.