In January we started the series with Robocop, one of the most unique sci-fi action films of its day. After that, we shifted gears to the romantic fantasy-comedy (and just about every other genre) classic, The Princess Bride. We looked at 007’s fresh start with Timothy Dalton’s first crack at the icon in The Living Daylights. After that, we looked at Kubrick’s war masterpiece, Full Metal Jacket. Most recently, we looked at the delightful-but-bizarre Three Men and a Baby, a family comedy movie that spends a considerable amount of time focusing on drugs/crime. 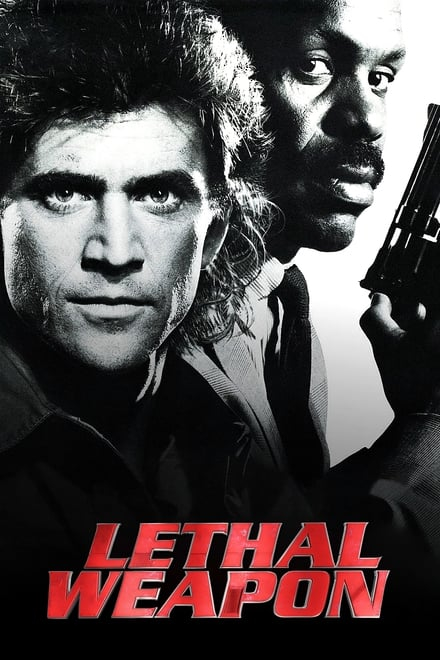 Lethal Weapon is about family. It’s about the families we have, the families we don’t, and (cliched as it sounds) the family we make along the way. And while many will point to the first sequel (1989’s rip-roaring Lethal Weapon 2) as the best in the series, there is something worth celebrating in the first adventure of Riggs and Murtaugh. And while we’re on the subject of what the movie isn’t, Lethal Weapon is also not the first “buddy cop” movie. That honor, probably, belongs to Kurosawa’s 1949 film Stray Dog. In the states, we had 48Hrs release in 1982, a full five years earlier, and you can probably draw a straight line of correlation between the success of 48Hrs and the making of Lethal Weapon.

But where 48Hrs went for the archetype of “cop-A is the straight man, cop-B is the goof,” with interactions whose roots go back to Abbot and Costello, Lethal Weapon took a different approach. In this, cop-A is a straight man, and cop-B is a borderline psychotic. Mel Gibson’s Martin Riggs would later become more of a toothless prankster in the sequels, but in this first film, he’s an unpredictable man, an unstable, manic-depressive person with wild eyes who could just as easily tip a waiter with a $100 note as he could burn down the whole Waffle House. 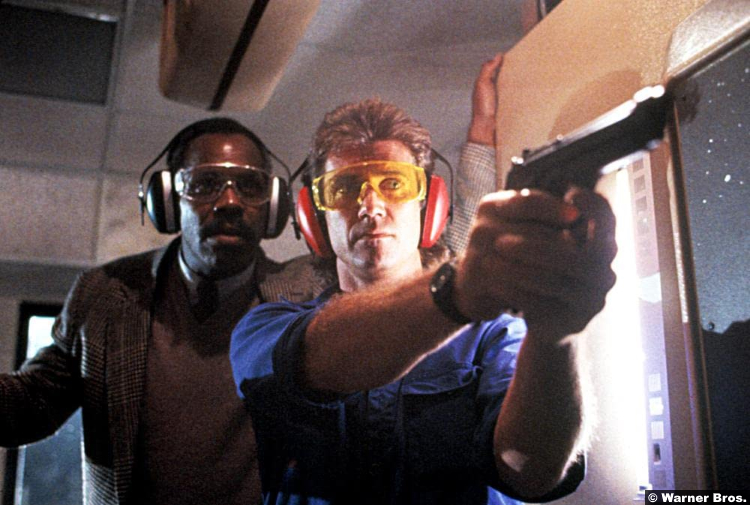 Riggs’ wife is dead as the movie opens, leaving him suicidal and unstable. He’s lost his family and now has nothing to live for and, therefore, no inhibitions. It makes for a dangerous cop but an enthralling character to watch. On the other side, there’s Murtaugh, a gruff, no-nonsense cop, who is older and more tired than his new partner and is wholly disinclined to tolerate Riggs’ deteriorated mental state. It sounds like the setup for every cliched buddy cop movie in history, but that’s because many of those conventions were either established or perfected in this movie. The difference between Lethal Weapon and what came after is the difference between Star Wars and every wannabe sci-fi pulp adventure movie that followed. 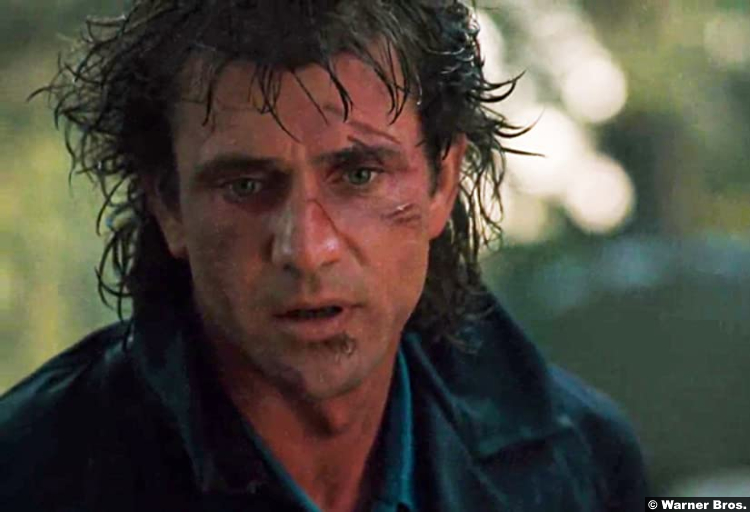 The first two-thirds of the film constitutes a straight, run-of-the-mill (albeit well-executed) police procedural movie, with a mystery involving tainted drugs, prostitution, and government corruption. It’s hardly the wall-to-wall action and insanity that the three sequels would employ (done with pitch-perfect tone in the second movie, and aped to blandness in parts 3 and 4), as they operate almost as a direct parody of this movie. The original functions on its own merits. It has a story to tell, one that focuses on building its characters. There is action, of course, sprinkled throughout the first two acts, but it’s used merely to punctuate the real heart of the movie, which is the relationship between Riggs and Murtaugh and their growing bond over the course of the story. By the time the third act happens, which features all the bonkers action set pieces the series is known for, such excursions are earned because we’ve grown to care about the characters along the way.

Unlike other “buddy cop” movies, this one isn’t a comedy. It’s a funny movie, but its humor is derived more in spite of itself than in the “set-up, punchline” way that these sorts of movies usually follow. When Riggs encounters a potential suicide jumper and doesn’t hesitate to hop onto the ledge with him, we laugh at his brazenness and the mundanity of the conversation that follows. It’s humorous, but the humor is especially punctuated by the fact that we know Riggs himself is suicidal. A scene like this takes on an extra dimension of unpredictability…and that unpredictable feeling pays off big time when Riggs slaps cuffs on the man (and on himself) and then pulls him in close, crazy eyes and all, and says “do you really wanna?! Well come on, let’s jump!”

And then he jumps!

Sure, they land on a crash pad, but still, I bet fewer than 1% of moviegoers who first saw the movie expected that to happen.

Lethal Weapon was a film with enough of a spark to launch a franchise that would last a decade. As you could probably guess, there’s a fifth movie on the way, because of course there is. Who knows if it’ll end the series in a way better than the third and fourth movies did. Most would say the series peaked with part two. I love that movie, but if I had to pick only one, it would be the film that started it.

Lethal Weapon is a movie with drama, action, and awkward laughs throughout, but it’s the heart of the movie that makes it so great. It’s a story about a man with nothing to live for and a cop who just wants to stay alive one more day finding something in each other and forming a bond that satisfied every moviegoer in 1987.