In January we started the series with Robocop, one of the most unique sci-fi action films of its day. After that, we shifted gears to the romantic fantasy-comedy (and just about every other genre) classic, The Princess Bride. We looked at 007’s fresh start with Timothy Dalton’s first crack at the icon in The Living Daylights. Last month we looked at Kubrick’s war masterpiece, Full Metal Jacket.

Already it’s clear just how diverse the list is when it comes to great movies from this year. Up next is the film that was successful enough to be the fourth highest-grossing film of 1987, and the year’s most successful film from a budget-to-box office ratio. Would you believe it’s… 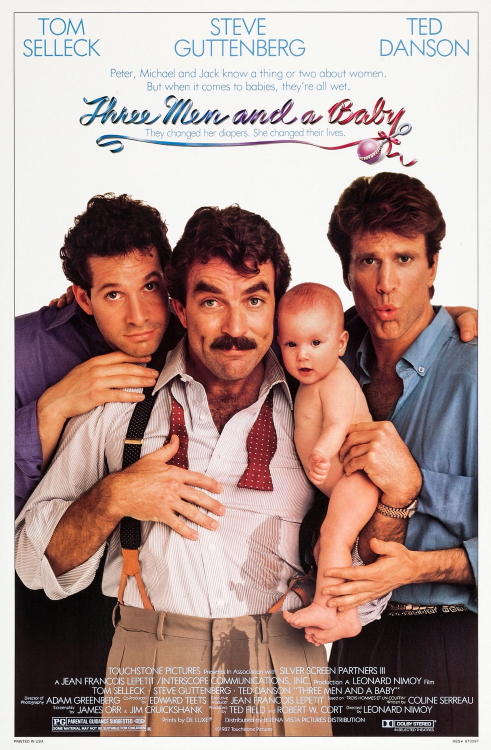 I don’t know if you can say any one kind of movie dominated the 1980s, the way crime movies were all over the 70s, or how comic book movies are today. The 1980s were such a melting pot of ideas, there wasn’t one particular genre that rose above the rest. In fact, if there is one unifying theme to the decade, it’s how many absolutely bonkers ideas were greenlit and turned into fully-fledged films. The only explanation for it is the ludicrous amounts of cocaine every Hollywood producer was doing back in those days.

Just think about it: How would you even pitch Three Men and a Baby?

It’s about a trio of bachelors who, as a result of a miscommunication and wacky timing, find themselves caring for an infant baby whose mother is nowhere to be found.

Seems like an old-school screwball comedy, the producer might say. After that, he might ask what the angle is. After all, movies with high concept premises make for a great first act, but you’ve gotta have an angle, a hook, something unexpected that turns it from an interesting idea into an actual, filmable story. So what’s the hook that turns Three Men and a Baby from a movie that is nothing more than its title, to a movie that is worth watching?

And I don’t mean a female hero.

It’s funny; I had not seen this movie in twenty years when I sat down recently to rewatch it for this article. In my mind, I could recall the three actors (Tom Selleck, Steve Guttenberg, and Ted Danson), and the high concept premise goes without saying (it’s the title for crying out loud). I also remembered that there were drugs involved though I could have sworn it was cocaine and not heroin, and more importantly, I was sure that the drug angle constituted only twenty or so minutes of the movie. In hindsight, I can see why that couldn’t be the case. There’s only so much “movie” you can get out of two (eventually three) single men wrestling with unexpected parenthood. Still, it’s such a bizarre thing to devote what is, ultimately, about 75% of the film to a drug dealer scheme and the dangers that come to this trio of innocent New York schmucks.

This might as well be a crime thriller that happens to have a baby! 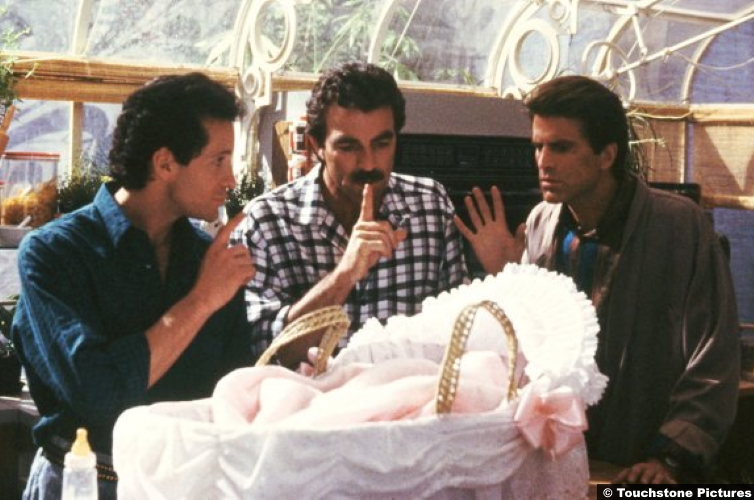 If you’ve never seen this movie, my words must look like the bleary-eyed scribblings of a man coming out of a fever dream. Let me try and break down the movie beat for beat. There’s a very simple six-point story progression: 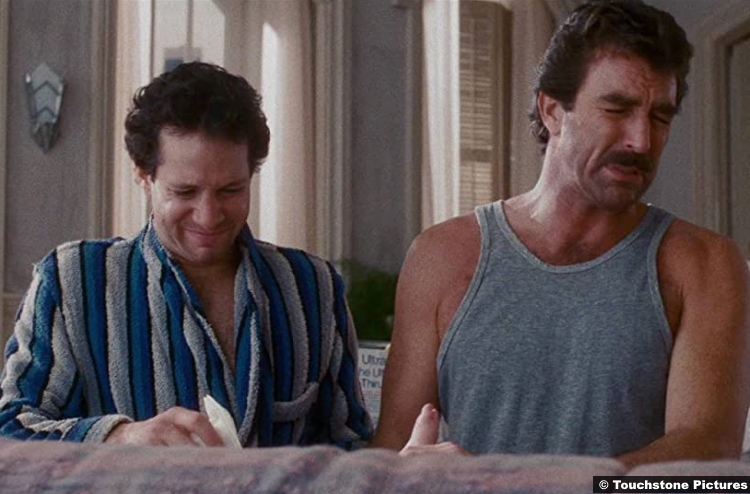 I don’t know how many lines of coke it took to make that movie, but that’s the movie. Leonard Nimoy directed it, which is somehow the least-interested factoid I can share about. It was also a remake of a French movie that came out a few years prior, which somehow doesn’t bring any more clarity to the picture.

This movie is pure “1980s weird.” I’m not going to sit here and call it high art. It is not, but there’s a reason it’s a top-five earner at the box office for 1987. There’s a reason why, on a budget of just eleven million dollars, it raked in almost a quarter of a billion. The pitch can’t do it justice. The summary is too bizarre. You simply have to see it. When you do, you’ll find the sweetness, the simple humor, the corny (but lovable) drama and suspense, and all the bonkers, coke-fueled 1980s charm that made it awesome to enjoy in its day. 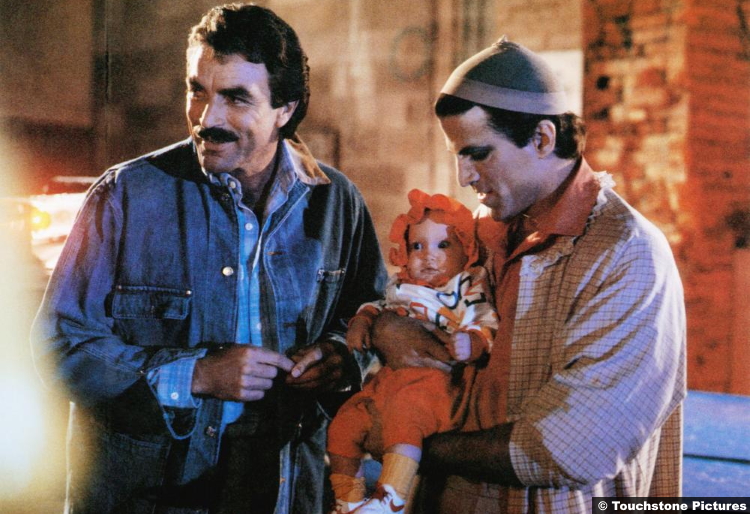