Last month we kicked off the series by looking back at Robocop, one of the weirdest, wildest, most audacious action films of the 1980s. This month’s movie swings the pendulum all the way to the other side, though it’s no less wonderful.

Is The Princess Bride “the perfect movie”? 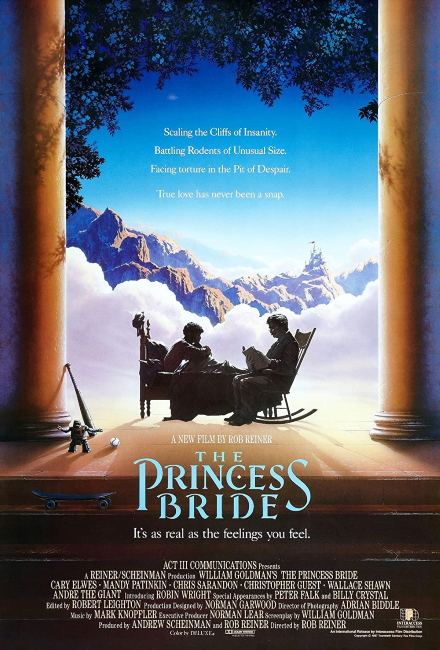 It’s probably not the movie people would instantly think of when discussing “perfect” films; most would point to something like Casablanca, Godfather, or Lawrence of Arabia, something epic in scope, grand in styling, or romantic in a classical sort of way. But what makes perfection? Isn’t it simply the absence of flaws? Find me the flaws in The Princess Bride?

Find me even one.

Even more impressive is the fact that The Princess Bride so easily could have stumbled. There are multiple ideas, directorial choices, casting decisions, and more that could have been judged harshly by viewers. To be perfect, the movie needed to pull off the cinematic equivalent of an inside straight, and it did it. Not only were its many “could have gone bad” parts not judged harshly, but they also were not even received lukewarmly. On the contrary, the movie’s whimsical tone was picked up immediately, fans responded without a hint of cynicism toward it, and seemingly everyone who has seen it—whether fans of the genre or not—has walked away with a smile on their face. 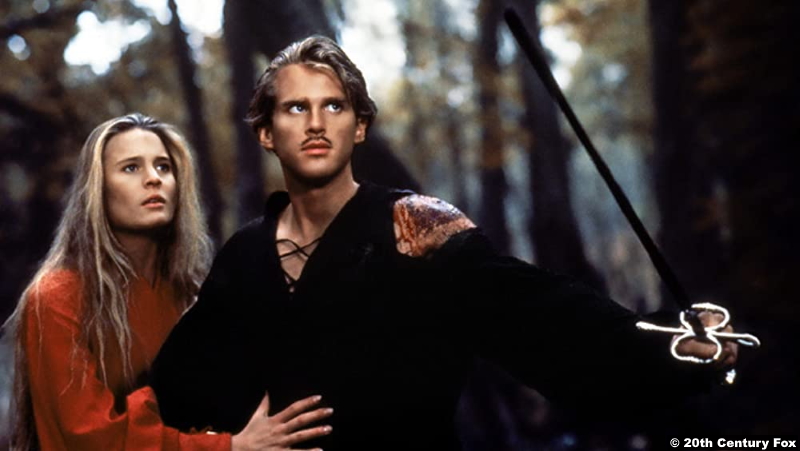 And what about those almost-failures? What about all the ways the movie could have stumbled?

Let’s start with the movie being framed as a story told by a grandpa to his grandson. That’s a narrative device that works effortlessly in a novel but ninety times out of a hundred is unnecessary in a movie and ninety-nine times out of a hundred is handled clunkily. Either the story starts and ends with the narration, with nothing in the middle, causing audiences to forget it was even there until the end, when suddenly it feels jarring and out of place, or the story returns back to the narrator too many times, forcing the audience out of the rhythm of the story. There’s also the fact that, when you’re made aware that someone is telling you the story, it tends to carry with it a sense of “fakeness.” A movie can be balls to the wall insane but as long as it lives up to its own internal logic, an audience is willing to accept whatever happens. The moment you introduce a narrator from “our world,” it puts a spotlight on every crazy thing that happens in the story, inviting you to remember not to get too invested in anything because, after all, “this is just a story someone is making up.” And yes, I know that every fantasy movie is just a story that someone made up, but audiences are conditioned to ignore that unless the movie goes out of its way to remind them. 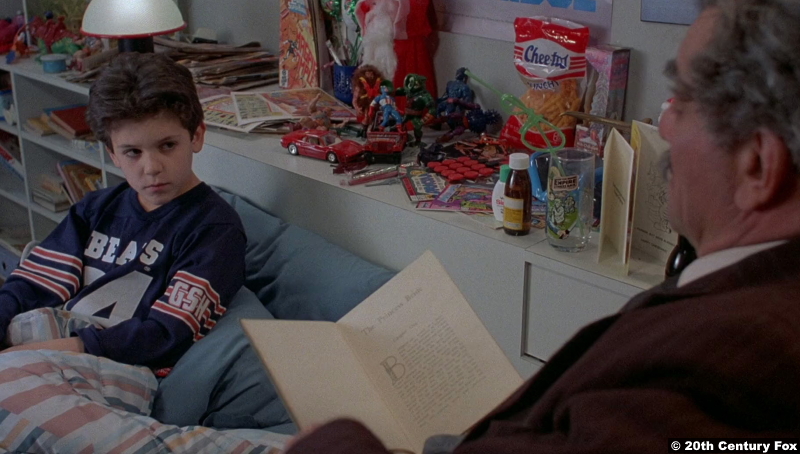 The Princess Bride should suffer from this problem. It has a narrator, whose “storytime with grandson” scenes bookend the movie, and even pop-up midway through, and the grandpa offers helpful exposition and narration throughout the picture. It should be a problem, but it isn’t. The tone of the film is such that the movie would feel incomplete without the “storytelling” framing device. The story is a story so of course someone should tell it.

And then there’s the cast. Again, ninety-nine times out of a hundred, an audience would complain that they couldn’t understand Andre the Giant through his thick French accent, that Billy Crystal was so over the top that, instead of stealing the show, he took everyone out of the movie, or that the priest with the speech impediment was too random and distracting to be an effective gag. All those things could have been problems and, in the hands of a lesser director, they might’ve been. Here, however, everything landed perfectly. Yes, Andre can be hard to understand sometimes, but he’s too charming and sweet for anyone to mind. Yes, Crystal is doing his “schtick” a bit too much but, again, the tone and the world around him sort of swallow him up and make it all work. And the priest simply can’t be hated.

These are things that seem like problems on paper but, when you see them on the screen, you’re smiling too much to mind any of them. 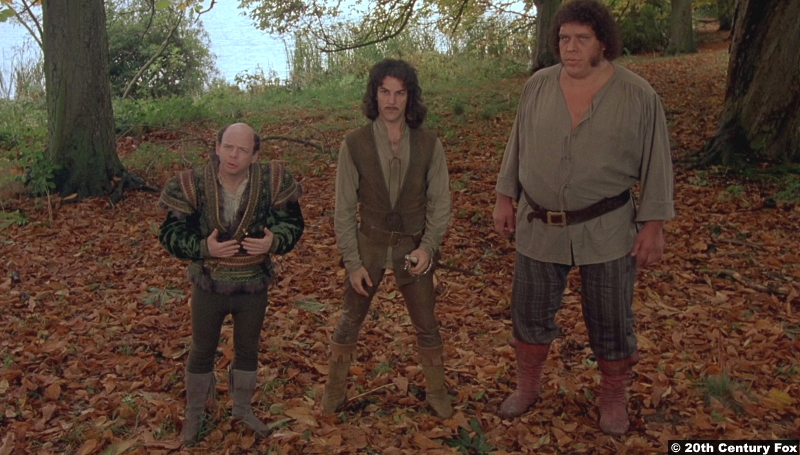 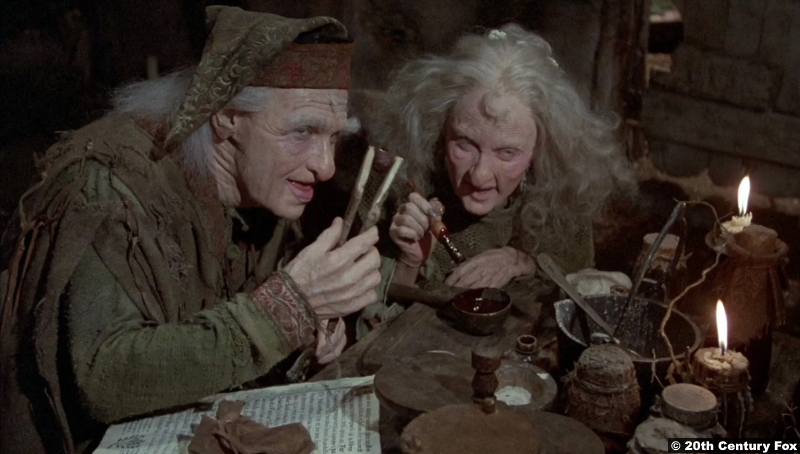 Fantasy movies simply aren’t made like this anymore. This is not a knock on the Peter Jackson’s Lord of the Rings movies (which are phenomenal, it goes without saying) but their success sort of locked-in a style that was necessary for those movies and was done excellently there. As a result, however, that style has come to define “fantasy” films. You can see its influence in Game of Thrones, The Witcher, every time the next terrible Robin Hood movie is made, and so on. Fantasy movies are usually grim, gritty, raw, and “real,” as if they have to be presented in a way that feels “authentic.”

There’s nothing about the world of The Princess Bride that feels authentic; the movie is pure “fantasy.” It is escapism personified. It is joyous, bright, whimsical, enchanting, fun, cartoonish, random, and perfect. 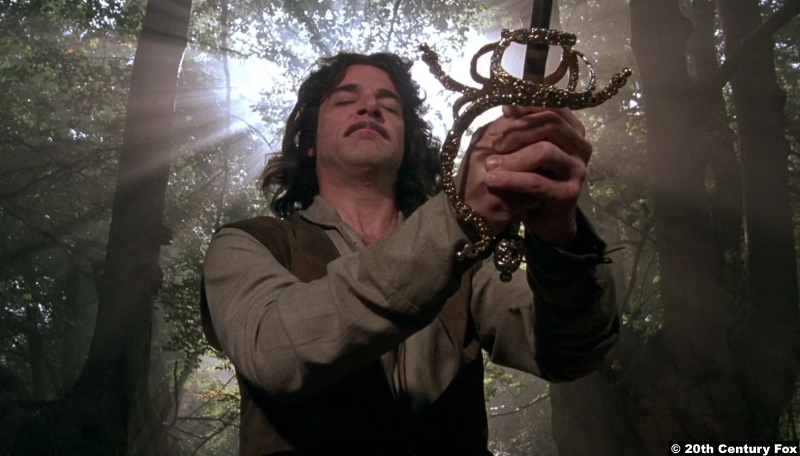